Get to Know Singer-Songwriter Matt Jaffe Better Than Ever

Matt Jaffe is the hidden gem of rock music you need to know right now.

His music with the band Matt Jaffe & The Distractions has a crazy blend of rock, country and pop that makes for a seriously catchy sound.

Get to know him better than ever below! 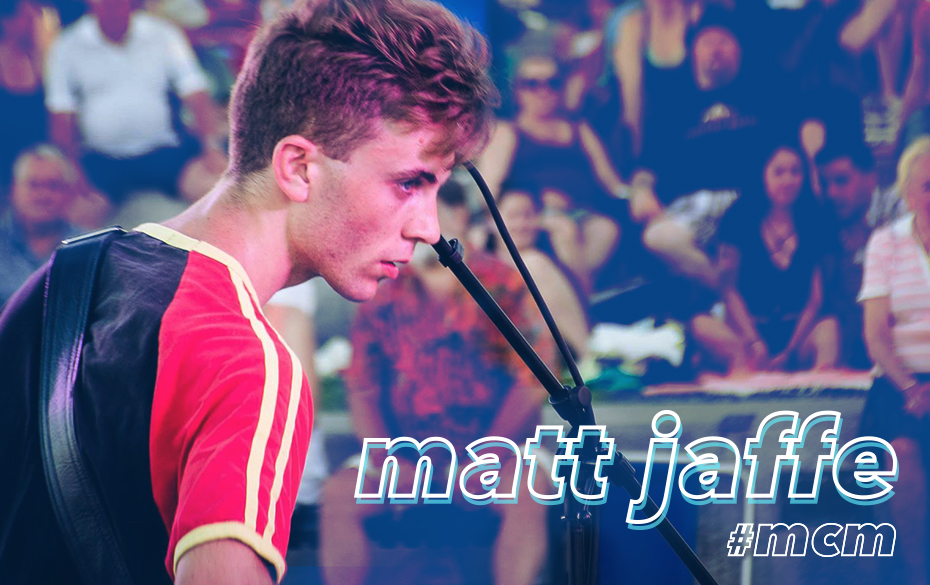 1. He's a proud vegetarian and stopped eating meat after watching the film The Cove. His favorite restaurant in the Bay Area is a Puerto Rican restaurant called Sol Food.

2. He was super stoked that he got to play a Giants game, but his first love is and always will be basketball. "I'm a big NBA basketball fan, and my favorite player is Allen Iverson," he says. "I used to print out every photo I could find of him on Google and tape it to my bedroom wall!"

Playing at the Giants game was cool and all, but the real news is that basketball season starts in just over a month @warriors #dubnation #bayarea

3. He doesn't currently have any pets, but plans on getting a few dogs in the future. "Some of my favorite breeds are German Shepherds, Vizslas, and German Shorthaired Pointers," he shares. "My first dog is going to be named Domingo."

4. He's not big on the idea of a bucket list, but there are a lot of places he wants to go and things he wants to see. He loves spending time outdoors going hiking or biking and works on writing music every day. "If I get to do these things every day, that's more important to me than seeing the Leaning Tower of Pisa," he says.

5. If anyone were to make a movie about his life, he would definitely want Jack Nicholson to play his character. "He's a real weirdo and I love his films," Matt gushes. "If I can be 25% as cool as he is in Chinatown, I'll be made in the shade."

6. His close friends are his biggest source of laughter. "My high school friends probably still make me laugh the most," he says. "I've been lucky to connect with lots of people during college and as a working musician, but something about the bond with my best buds from high school is still untouchable."

Music is our first love in life so it's only natural that we also love THIS Musical.ly star, too.