Latin pop duo Mau y Ricky are superstars in their own right, with an adoring global following and more than 5.5 million fans on Instagram.

If you haven't heard of the Venezuelan singer-songwriter brothers yet, that's simply because they're only just beginning to conquer the English-speaking market—and we have a strong feeling they'll do just that. 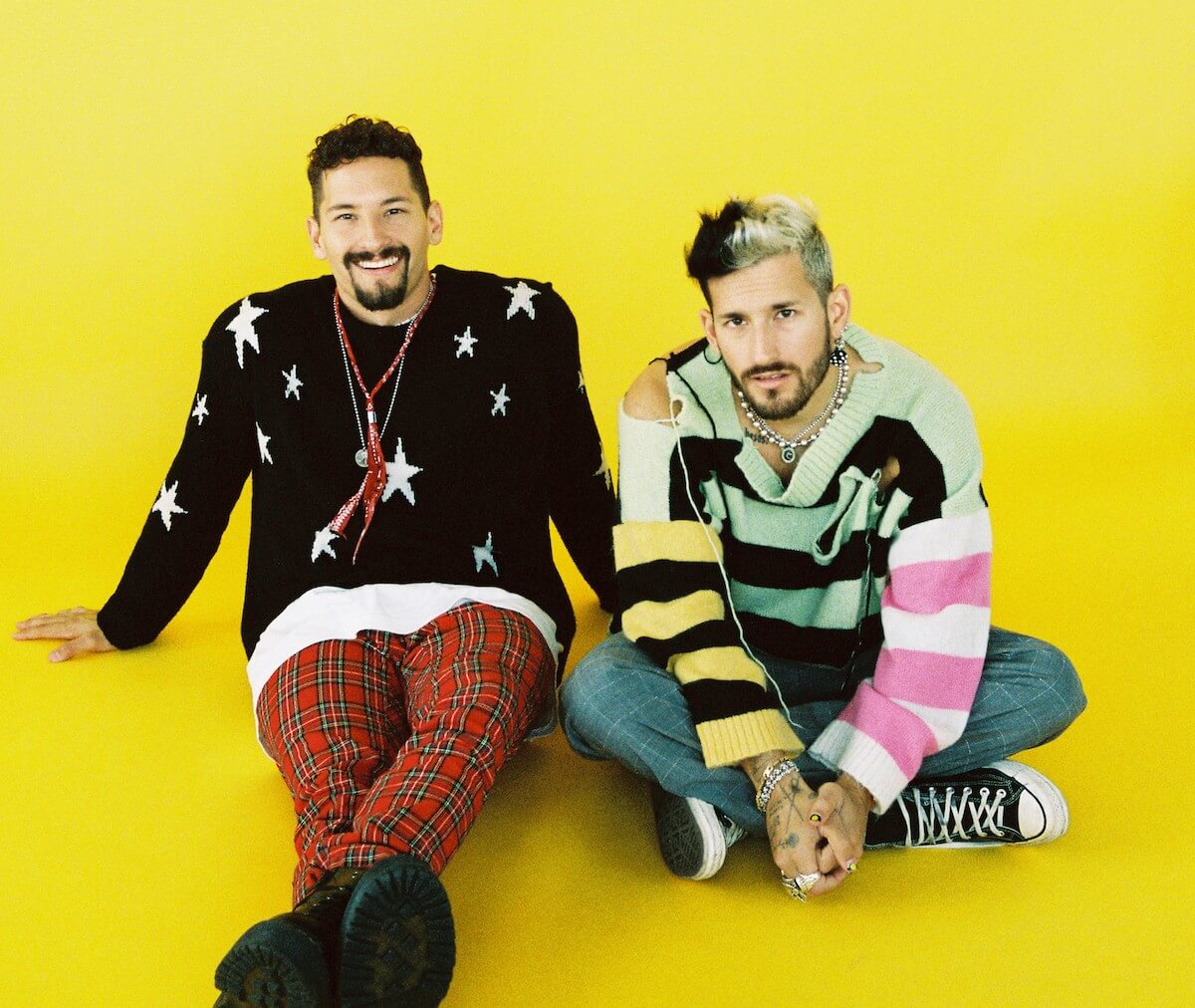 They're seeking to break out among English-speaking music lovers with some big-name collaborations as well their upcoming album, Refresh (releasing tomorrow, Nov. 20!) and we got the chance to ask the brothers all about the new music, their upcoming plans and more.

Sweety High: How long have you two been making music together?

Mau y Ricky: We've been making music since we were about 12 and 15 years old. We had wanted to record music since we were kids, and our parents finally let us when we were about that age. We started making an album so that we could get signed, and it didn't happen until about four years after that. The album ended up releasing a year and a half after we signed, and it was a process that took a lot longer than we'd hoped, but we were happy it took the time that it did, because it formed us and made us into the artists that we are today.

SH: What are the benefits and the challenges of being a brother duo?

M y R:  They're all benefits. The challenges end up becoming benefits in the sense that the challenges we had growing up as a duo and as brothers made us have the relationship that we have today. We understood and were able to find what the formula was, and we understood that there could be more than one leader inside of the band. A lot of bands break up because they feel there can only be one. But we decided to surrender to not having an ego and decided that we would allow the other person that maybe might be better at doing something lead the other in all the different areas.

SH: What has it been like to collaborate with artists like John Legend and JP Saxe on Spanglish versions of great tracks?

M y R: Working with John Legend and JP Saxe has truly been a dream come true. They are both some of our favorite artists, and being able to work with people you admire is something that is beyond what we can explain. We just feel like if you're not careful and if you don't stop and pause and say, wow, we can't believe that everything that we prayed for and everything that we've dreamt is happening, it will kind of just pass, and then you won't realize it until after, and you look back and you say wow, we lived that. We've had the blessing that we've actually been able realize it while it's happening, so we've been able to be super grateful with God for everything that he's allowed us to live.

SH: What has it been like to venture into the English-speaking market?

M y R: Venturing into the English-speaking market is beautiful considering we were raised half of our lives here in Miami. English wasn't our first language, but it does seem like it's as much a part of us as Spanish is, so it's a dream come true. Most of the artists that we admire are inside the English-speaking market, so the fact that we've been able to dip our toes and kind of play inside that world is something that is beyond our comprehension of awesomeness, y'know?

SH: How does it feel to know that you have a broad appeal, beyond just the Spanish-speaking world?

M y R: Being able to impact people's lives beyond just Spanish-speaking countries is something that we always dreamt of, but we didn't expect it would happen so soon. Also when we realized that music wasn't our actual purpose here on earth, but it was the vehicle that allowed us to take that message of love and of brotherhood and of family to the world, it allowed us also to impact people that are beyond the Spanish-speaking language. Family brotherhood is something that is beyond any language and it's something that is a lot more universal than any word. We believe that has helped us a lot—to go beyond whatever border or even language.

SH: What can you tell us about your upcoming album?

M y R: Refresh is literally what the word says. It is a refresh to our sound. We believe as artists that we have to be constantly moving forward, constantly evolving and we love all the music that we've been doing and creating, but  Refresh kind of serves as a new step forward towards what we want to represent and what we want to become as artists. It's a reminder to always be constantly chasing excellence and chasing that evolution as artists. We feel like we've found our identity mostly through this album. We feel like it has helped us define even more who we are and what we want to represent as a band.

SH: Are there any other upcoming collaborations that you can tease?

M y R: The album actually has no collaborations, but, there are some upcoming ones with friends of ours and we've already started to work on the album that follows Refresh, so there will be some collaborations with that one for sure.

Watch their new music video for "Ouch" below!