McDonald's Switched Up Its Apple Pie Recipe, So Prepare for a New Twist

Both McDonald's and apple pie are American classics, but that doesn't mean they can stay the same forever.

The fast food restaurant chain decided to update its beloved version of the dessert by switching to a new recipe. McDonald's has tweaked the Baked Apple Pie, both inside and out. It now features a filling made with sliced, American-grown apples and cinnamon, plus a sugar-sprinkled lattice-top crust.

The new recipe may make the pie a bit healthier. It is "made with fewer ingredients such as sugar," according to the company. McDonald's spokesperson Tiffany Briggs also indicated it will still "give each one that homemade taste our customers love." 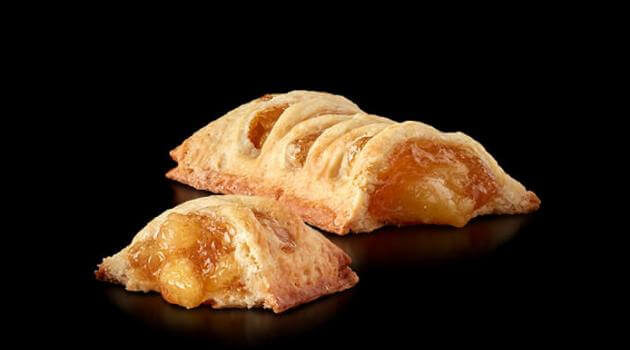 Customers aren't necessarily on board with the change yet. Some have been complaining on Twitter, even though they don't all seem to have tried it personally.

McDonald's is now making its apple pies with less sugar and healthier ingredients. Because when I go to McDonald's, my health is my #1 concern.

BRING THE OLD APPLE PIES BACK, @McDonalds stop playinggggg. ALSO, can you make them 2/$1 again?! Y'all asking for too much now

@McDonalds Your apple pie is Ok. Not the best, but Ok. Why can't you bring back the cherry pie? It ran rings around the apple, even when you fried them. The cherry pie is your answer!

Food is very personal, so if you're an apple pie fan, you may just have to go sample one yourself. You might find that the McDonald's dessert tastes better than ever.

A lot of fast food restaurants have delicious pies. Click HERE to read our definitive ranking.