McDonald's Debuted Wasabi Fries and Other Global Menu Items, But You Can't Get Them Everywhere

French fries are one of those foods that are always good, no matter how you eat them.

And yet, while the traditional version never fails, it sometimes pays to be a little adventurous, like with McDonald's new Wasabi Shake Shake Fries.

The spicy, salty snack looks delicious, but sadly, it's not available everywhere. McDonald's has released the menu item at its headquarters restaurant in Chicago, but not across the United States, according to Chew Boom. 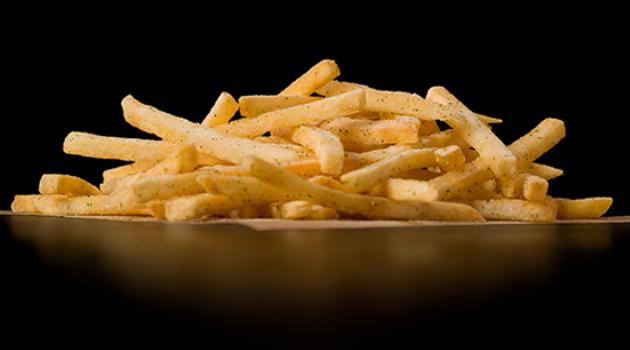 The restaurant, which is in Chicago's West Loop neighborhood, has added six other menu items as well. They include the Blue Cheese & Bacon Burger, the Spicy Buffalo Chicken Sandwich, the 'Keep Calm, Caesar On' Salad, the 'I'm Greeking Out' Salad, the Sausage McMuffin TS, and the Baci McFlurry. The food items hail from Hong Kong, France, Australia, Canada, Germany and Italy.

McDonald's opened its headquarters restaurant in late April, at 1035 W. Randolph Street in Chicago, with menu items like Australian Loaded Fries and the Italian Mozza Salad. The company's president and CEO, Steve Easterbrook, said at the time that it would be a "one-of-a-kind experience that Chicagoans will enjoy with friends and family."

We're hoping the company will eventually decide to offer that experience to people in other parts of the country, too.

If you need a little caption inspiration for your McDonald's-centric Instagram posts, click HERE to read some of our favorites.