It seems like our boy Jake Miller became one of music's "it" boys "Overnight."

The arrival of his newest EP has set us into a complete frenzy and we're sure it has you feeling the same way. Obviously this means we're happy to share him with the world as our #MCM this week. We already paid his hometown a visit, but that doesn't quite mean we know everything about this cutie just yet.

We already know him as both talented and handsome, but he decided to share a few more fun little-known things about him with us that you'll definitely want to know. Keep scrolling to find out what they are! 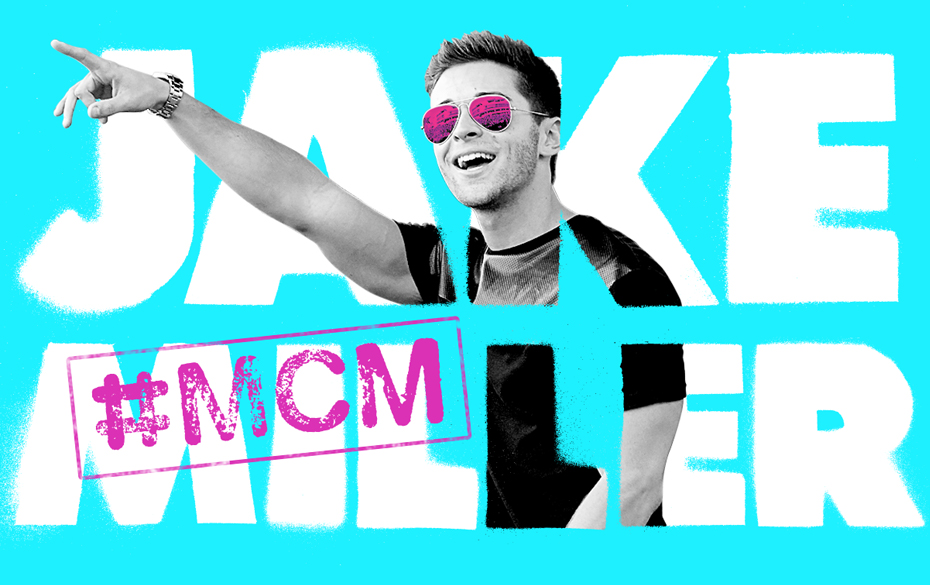 1. To say he's into sports is an understatement. He let Sweety High in on his life goals pre-music when he said, "I used to play travel baseball. I thought I was going to be in the MLB one day." Judging by this pic, he still has it.

I played a mean shortstop this weekend at the Celebrity Softball Game ⚾️????

2. How did Jake get into music, you ask? Well, according to him, "I started making music when I was 19, in my room at my parents house." Uh, can we be invited to his next jam sesh?

Another perfect day in LA to make some music! Gonna follow some people on here who comment just cause ????????

3. We were pretty surprised when Jake told us, "I just recently learned how to play piano." We're not going to lie, watching this video gave us the impression he has been playing for years. Keep the cover videos coming, Jake–you totally have a knack for it.

Always wanted to learn how to play piano.. Finally got one and figured it out. Comment which songs I should learn ????

4. Jake revealed that one of his secret talents is drawing. "Whether it's cartoons or graffiti, I've always had a strong passion in drawing. I won many awards in school after sending many pieces to different art fairs," he said. He should really post some of his work on the 'gram, we would love to see it!

5. He can't get enough of his dog????. As you can see below, he dresses him up like the most dapper dog around and we're loving every second of it. He even had a funny story to tell us about his first childhood pet when he said, "The first and only time I've ever been grounded was when I was eight, I fed my first dog Nikki about 20 Gumballs."

Like father like son ???? Shout out to the fan who got my dog this camo hoodie! He's now the dopest lookin pup on the block

6. When asked what sends him into a serious food coma, he said, "Chipotle is my favorite food of all time. Chipotle sent me an unlimited card last year and I've had free chipotle almost every day in 2016. Slightly unhealthy, but extremely delicious." Yup, did we also mention how #relatable he is?

7. His workout game is beyond strong. We would think so considering he has Drake by his side in this epic gym shot. He explained his intense routine to us: "I work out every single day. First thing I do every day is run a mile on the treadmill, then I start my workout. I also do abs at the end of every workout."

Got a new personal trainer #VIEWS

8. Jake recently finished touring with our girls Fifth Harmony and it looks like he may be going on his own tour soon. Our fingers are crossed!

I wanna give a HUGE thanks to the beautiful ladies of @fifthharmony for having me on their tour! And thank you to all the fans who came out and showed me nothing but love! Time to plan my own tour ????

Jake might have a solid workout game, but he has an even stronger Instagram one. In case you missed it, you're going to want to check out THESE tips he had for a grade A selfie game.