Bizaardvark's Jake Paul Can Juggle and More! Read On for His Huge Talents!

If we haven't made it clear by now, Vine is the gift that keeps on giving and this time it gave us the brilliant Jake Paul.

The majorly adorable Bizaardvark star has now also taken over Disney Channel and our hearts. We honestly couldn't think of a reason not to make him our #MCM this week and we're sure once you're done reading this, you'll completely agree.

We got to know a little bit more about Jake, including what's on his bucket list, his spirit animal and what he's up to outside of the show these days. Keep reading below to find out exactly why our love for him has officially reached new heights. 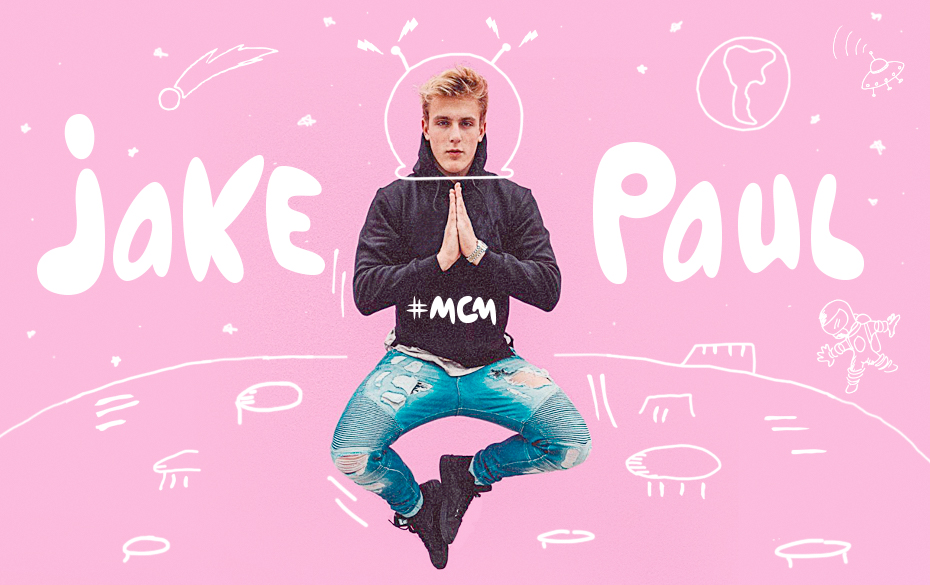 1. He has some pretty impressive hidden talents up his sleeve. He told Sweety High, "I can juggle, do handstands, and ride wheelies on motorcycles. I'm learning to dance and do backflips!" We kind of knew about the handstands thanks to his co-stars Olivia and Madison, but now we have the hard evidence to back it up.

2. Like most of us, he has a bucket list and revealed that the number one thing on it is "to go across the world on an expedition."

3. His brother Logan is also a super popular Vine star. He has a few million followers on the app, just like Jake. NBD, right? If that's not #siblinggoals enough for you, enjoy this shot of them being fabulous on the beach.

4. When it comes to picking a spirit animal, he made it clear that his is a honey badger because, "honey badgers are beasts."

5. He's part of a super rad crew of social media stars called Team 10. It's him and his six roommates and they collaborate on awesome videos like the one below. Now this is a squad we would not hesitate to join.

6. He has mad love for dogs because, duh. He doesn't own one currently but said, "growing up I had three dogs that were my favorite. I want to get a Husky now."

7. Cars are a very big deal to him and we can't blame him with a sweet ride like his. He backed up his love by telling us, "I want to start a car collection because cars are my favorite."

Can we go back to the old days pls?

Vine does a great job of keeping us updated entertainment-wise, but THESE free apps will also make sure that you never miss a thing going on in the news.