Not that should have to explain why, but we completely wouldn't mind "kickin' it" with Leo Howard (see what we did there).

Keep scrolling for a few fun facts about one of our fave Disney XD stars and all-around heartthrob. 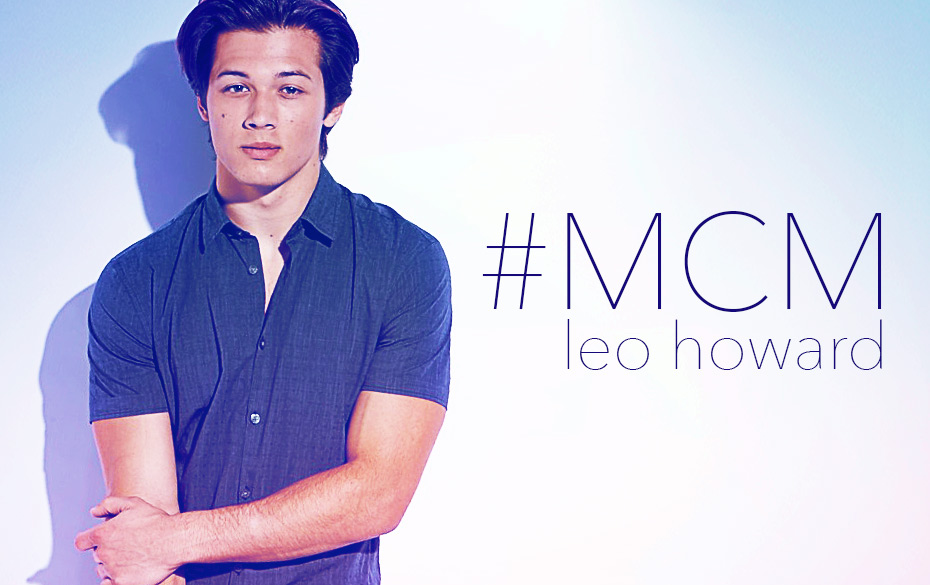 1. He currently holds the Guinness World Record for Youngest Director of a TV Series for his work on Kickin' It. He directed the episode "Fight at the Museum." He also recently directed an episode of Gamer's Guide to Pretty Much Everything and we couldn't be prouder of him. We do love a man who is accomplished.

Another awesome week on gamers guide with some awesome people.

2. He's actually BFFs with our girl Olivia Holt and we've got to say we love this pairing.

Happy birthday to this butthead. We've been through thick and thin but she's still one of my best friends. Love you to death olive. @olivia_holt

3. When he's not super busy working, he loves riding his many motorcycles around Los Angeles and San Diego. Maybe he'll invite us to take a spin one day!? A girl can dream, right?

Great company and great bikes riding up to Santa Barbara this weekend.

4. He has an extensive vinyl record collection and loves listening to music from the '70s, '80s and '90s. He should totally consider making us a playlist.

5. Speaking of music, his favorite hobby is playing guitar, but did you know he's been playing for five years? Check out his major shredding skills below.

A Little SRV from my 69 and me

6. Leo has been consistently training in Brazilian Jiu Jitsu for the past four years. If you want to see a young Leo busting out some martial arts though, you need to watch the video below. We're honestly wondering why he's not competing at the 2016 Olympics already, but he also looks completely adorable, so that's enough for us!

7. He doesn't mess around when it comes to fishing. We bet he's also a major advocate for Shark Week and we think it's time to start fully investing in the aquatic life–BRB, guys.

50lb tuna is no jokeeee! What a day

Leo might be owning Disney XD right now, but we also can't forget about THESE two other Disney cuties and their latest film Pete's Dragon.