New District Chats With Us About Their Dreams, Fears and Everything in Between

We're sure you've heard of these adorable newcomers by now, but if you haven't, hello and welcome to the amazingness that is New District.

They're wonderful individually, but together they're completely unstoppable and that's why they're all our #MCM this week.

With their latest single "Ain't Got Money," we have to say that we're completely hooked on their catchy sound.

We had the privilege of getting to know a little more about the boys this week, including their dreams, fears and everything else that makes them completely awesome. Keep scrolling to find out more! 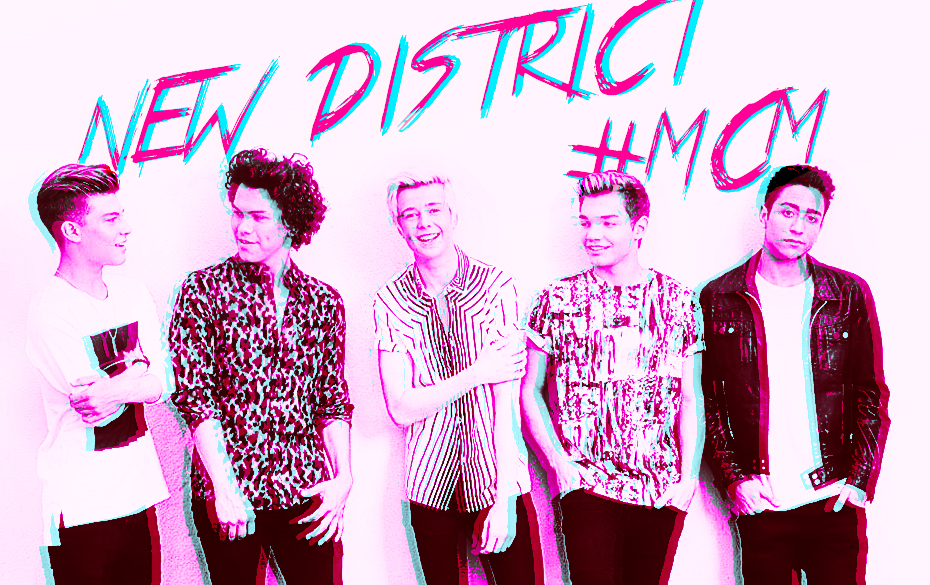 Based In: Los Angeles

1. The boys have a dwarf hamster named Ben. The story of why they bought him is even better. We won't spoil it—peep the video and story below for yourself.

2. Sean told Sweety High that he's actually afraid of heights. It's cool though, if he can handle this sick rooftop shoot, he's golden, right? 😉

3. Jaden has a serious skill. "I don't know if [this] is a talent, but I can fall asleep when I want and wherever I want," he said. That is #goals right there and only a few of the truly gifted possess this amazing talent.

4. Dylan knows a thing or two about the vintage lifestyle. "As a kid I used to collect CDs, vinyls and old books," he said. "I always had an old soul growing up, and I loved vintage or older things." The pic below is really just further proof he knows how to rep like a true '90s kid.

'01. back when super baggy pants were cool. couldn't have been older than 3 in this picture

5. Julian and Devin confessed that they're both afraid of spiders. We can't say that we blame them, spiders are not exactly the kind of company we like to keep either, TBH.

6. Devin has the most epic secret stash. "I collect every VIP or backstage pass or bracelet from our performances," he said. "We would totally do the same, especially if we were Teen Choice nominees!"

7. The boys have big dreams and we have no doubt they'll accomplish them. Julian even said he has "always wanted to be a famous singer," and Sean wants "to sell out a worldwide stadium tour."

8. "Ain't Got Money" is actually perfect and we can't stop listening to it. Devin mentioned that it's on his bucket list to "win a grammy for a song I've written." With jams like these, we would say him and the rest of the guys are well on their way to accomplishing everything they've ever wanted to do. Check out the video below!

Now that New District is officially on your radar, you should also check out THIS banger that will definitely be your new anthem.