ABC's American Housewife has quickly become one of our fave new shows.

It always has us laughing until we cry, and we definitely wish we were a part of the show's hysterical family. 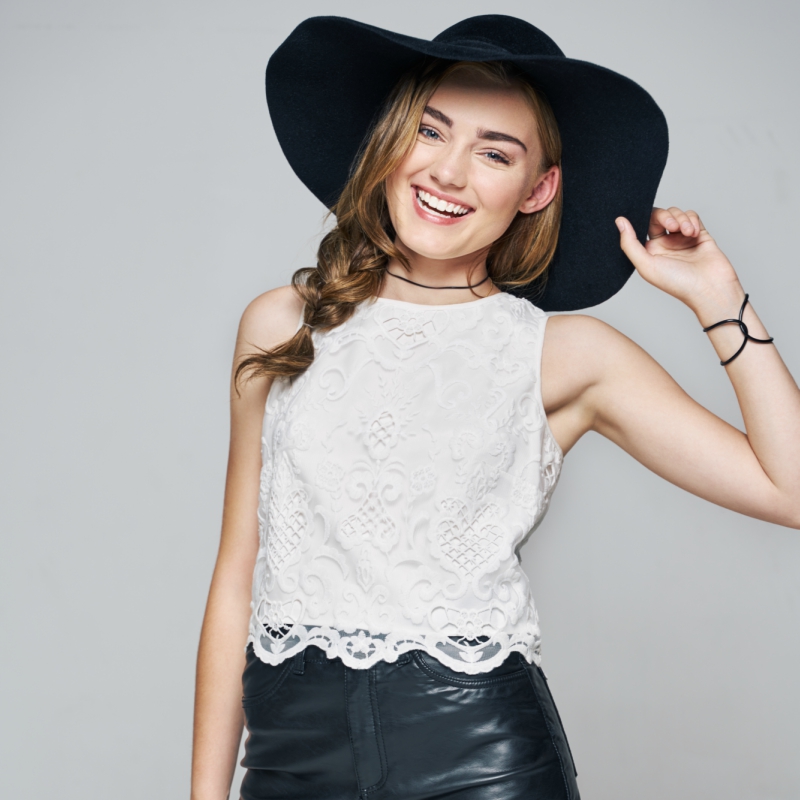 We chatted with the show's star Meg Donnelly to find out the hilarious antics that go down behind the scenes, her favorite episode to film and the unlikely guest star she'd most enjoy having on the show.

Keep scrolling to see what she had to say!

Sweety High: How are you similar to and different from your character on American Housewife? What do you enjoy most about playing her?

Meg Donnelly: I love playing Taylor. She's quite interesting. We definitely share the same sarcastic humor. Taylor doesn't take school as seriously as I do. However, Taylor is passionate about sports, as I am with acting and singing. So, I understand the difficulty of balancing your passions with school commitments at a young age. But, as noted, Taylor is passionate about sports. I began with sports as a young girl. Let's just say, there's a reason I switched to theater arts!

SH: If you weren't playing Taylor, is there another character you'd love to play?

MD: I'd love to play the dad, Greg Otto. That sounds silly, but he's definitely my favorite character. I don't know if I would do the character justice, as Diedrich Bader is incredibly talented and funny, but I would enjoy trying. Maybe there will be a Freaky Friday episode where we can change bodies or something? That'd be cool! 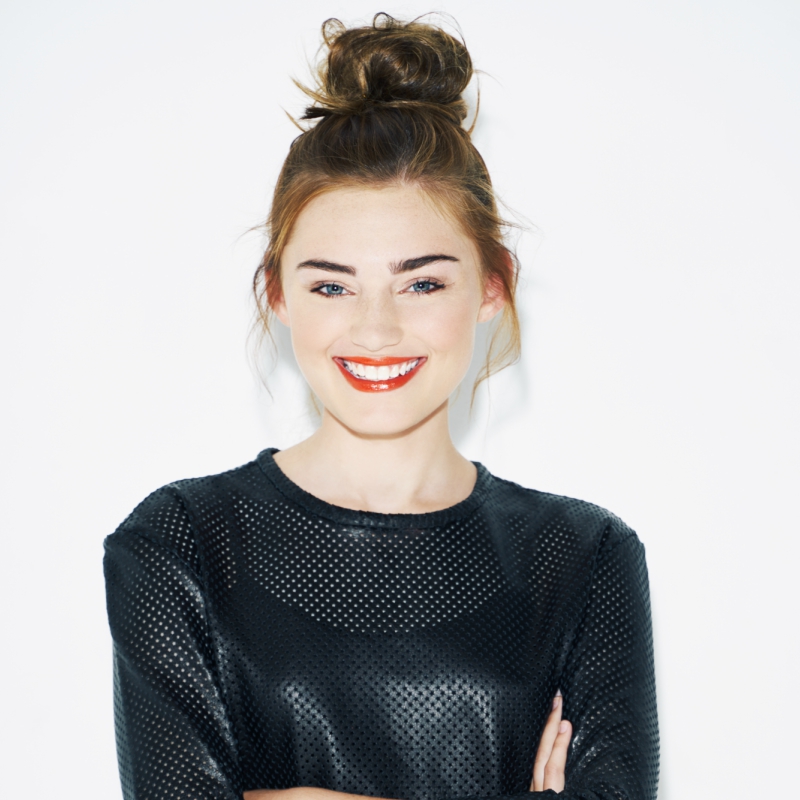 SH: What's your favorite episode of American Housewife that you've filmed so far?

MD: There are different reasons why I love all of the episodes, but "Westport Zombies" always comes to mind. That was only my second week working on the show. Overall, it's such a funny episode. I really enjoyed filming it and watching the other cast members do their hilarious scenes.

SH: What are some behind-the-scenes secrets you can share with us about what goes down on set?

MD: Honestly, there aren't many secrets. Daniel DiMaggio (who plays my brother Oliver on the show) and I enjoy playing pranks and making each other laugh. There have been days when we struggle to stop laughing when the cameras roll. It's the best feeling. Also, Katy Mixon (who plays my mom Katie), Julie Butters (who plays my sister Anna-Kat) and I are always singing between takes. Always. 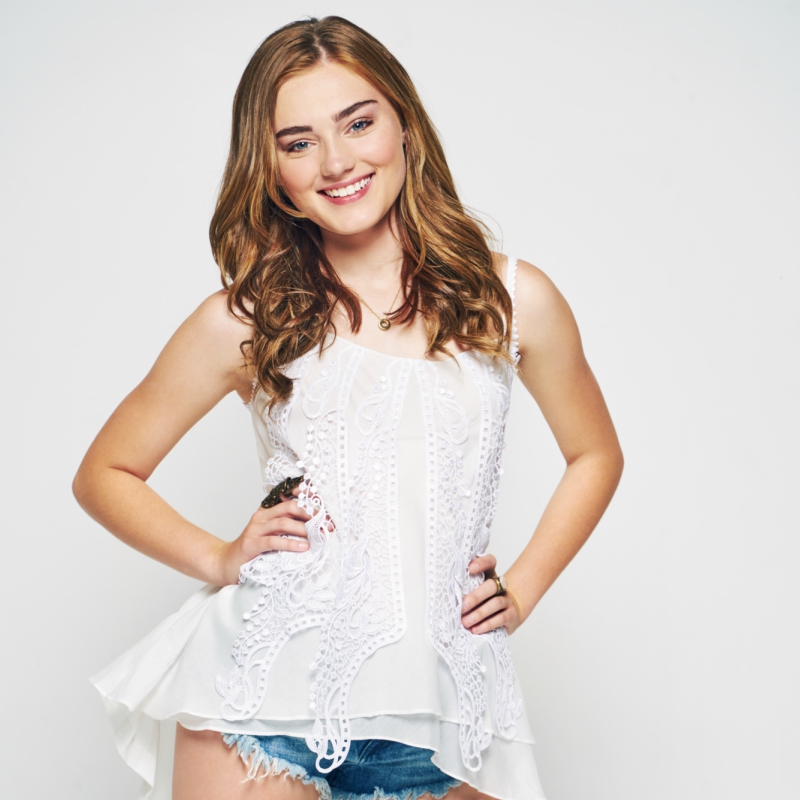 SH: Who's someone you'd really love to guest star on the show, and what do you imagine their role would be?

MD: It would definitely be Christopher Walken! I love impersonating him and watching him on screen. I feel as though he'd be hilarious as the eccentric next-door neighbor or, even better, a guy living in our attic that we didn't know about.

While we love American Housewife, we're also huge fans of Netflix's Fuller House. Soni Nicole Bringas told us how the cast is like "one big family" HERE.