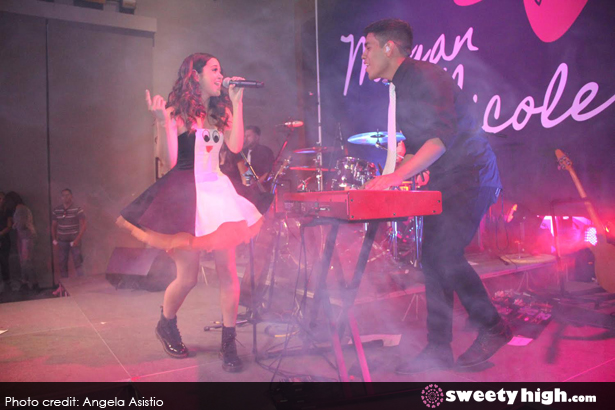 During the event, Megan wore an absolutely adorable penguin dress, taking center stage and performing the entire album, from start to finish, onstage! She also took time to thank all of the Meganizers that got her to where she is today!

Love Megan Nicole? Check out her official website here, join our Meganizer community at Sweety High and check out more Megan news below.