Everything You Need to Know About Pakistani Actress and Ms. Marvel Star Mehwish Hayat

Mehwish Hayat has established herself as one of Pakistan's leading actresses, but with her role as Aisha on Disney+'s Ms. Marvel, she's also now made a big impact outside of her home country—and we don't think this is the last time the rest of the world will be seeing her.

Mehwish grew up in show business as the daughter of popular TV actress Rukhsar Hayat. In fact, it seems she was born for it. In addition to being a massively popular actress, she's also a model, singer and humanitarian making her mark on the world—and we love the role she played in bringing Marvel's first Muslim American superhero to the screen. Keep reading to find out everything we discovered about the star as our latest Woman Crush Wednesday. 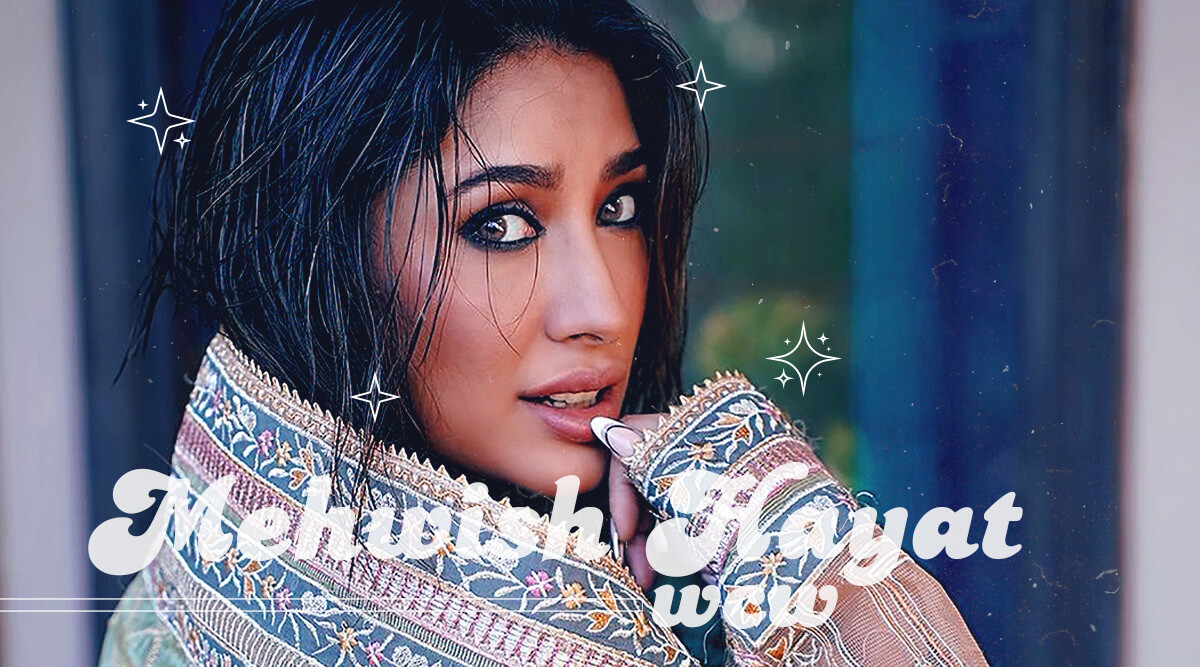 1. Mehwish says her strangest talent is the ability to talk to animals and birds.

"I really connect and communicate with all animals and they communicate back. This is not just my own pets; I remember on shoot in South Africa I met and connected with some baby owls—even their keepers were shocked about how they responded to me. Maybe I am a true-life Dr. Dolittle."

2. Titanic was the first movie she saw in a theater as a child, and she believes it's been the most impactful film in her life.

"I remember, I had posters on my wall and a Titanic pencil case for school. The movie also introduced me to Leonardo DiCaprio, who for sure has had a major impact on me and remains to do so 'til today. Jack's death scene left a real scar on me. I remember I cried for days afterwards."

Also read about: Everything You Need to Know About Actress and 'Old Her' Singer-Songwriter YDE

3. The weirdest celebrity rumors she hears about herself are always the ones linking her to other people.

"I believe that gossip mongers have had me married off at least twice. The proof that these rumors are untrue is simply the fact that I remain single. Oh yes, there was one rumor circulating online that I was an alien, that I won't refute because I am definitely not of this world."

4. Her mother is her biggest hero.

"She sacrificed everything to bring up five children as a single mother, and that in a country like Pakistan is the stuff of true heroes—believe me. As they say, not all heroes wear capes."

5. She's super active and into a number of sports.

"Like most Pakistanis, I am an avid follower of cricket. Being a bit of a tomboy, I used to hang with my brother and his friends, much to their annoyance. They used to play volleyball and never let me play. When they did finally give—possibly to humor me—turns out that volleyball was my thing and I was—if I say so myself—a lot better than all these other much older boys. From that day on, I was the first to be invited to play!"

6. Her go-to Starbucks drink can vary quite a bit.

"It depends on the time of day, my mood and how much of a caffeine kick I need, but usually, it will be a cappuccino."

7. Whether she's an early bird or a night owl depends on if she's working.

"I am a night owl by nature, except for days when I have an early morning call and have to be on set."

8. If someone else were to play Mehwish in a movie about her life, they might have to do a lot of searching before they found the right person.

"Well, to play me, an actress will need to have the charm of Marilyn Monroe, the elegance of Audrey Hepburn and the emotional depth of Meryl Streep—so I'm open to suggestions."

9. Bruno Mars is her favorite musician of all time, hands down.

10. Her favorite time of year is the festival of Eid.

"It's akin to the western holiday of Christmas. I am always on the go throughout the year and the three days of Eid are precious. I make sure that I am home with family to go through the rituals and also just relax and enjoy myself with all the amazing food my mother serves up."

11. Mehwish says that being a dreamer is core to who she is as a human being.

"It is my dreams and my belief in them that propels me through life."

Can't get enough of Mehwish? Click HERE to read our interview with her on what it meant to her to play Kamala Khan's great-grandmother, Aisha, in Ms. Marvel.