If you're looking for a true sequel to past Metroid games, Metroid Prime: Federation Force for the Nintendo 3DS may be a bit of a letdown, but it's still a solid—and super fun—first-person shooter that will win over old fans. 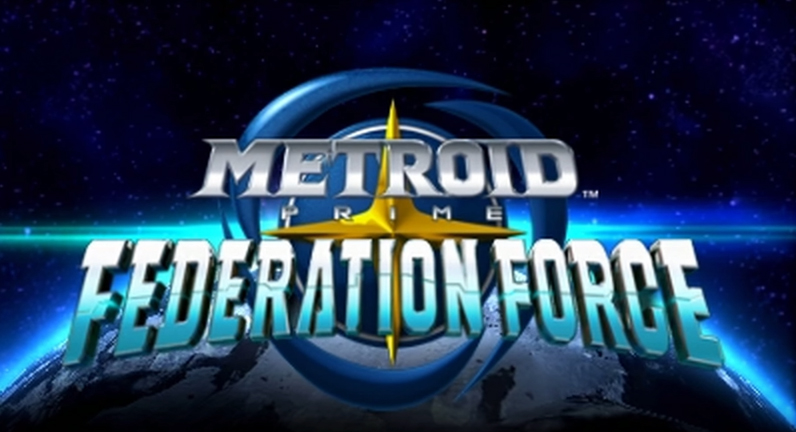 Past Metroid games have generally fit into one of two categories. First, there are the classic "Metroidvania" platforming side-scrollers, where the emphasis is discovery and exploration on one huge map. Then there's the Metroid Prime series, which are first-person adventure games in similarly sprawling worlds.

As the name suggests, Metroid Prime: Federation Force is more in line with the latter, with a few major differences.

The mission format is a huge shift from anything I've seen in previous Metroid games. While before players might have spent hours investigating a single area in search of everything it had to offer, for the first time in Federation Force, they're sent to an area to fulfill just one mission before they're extracted. 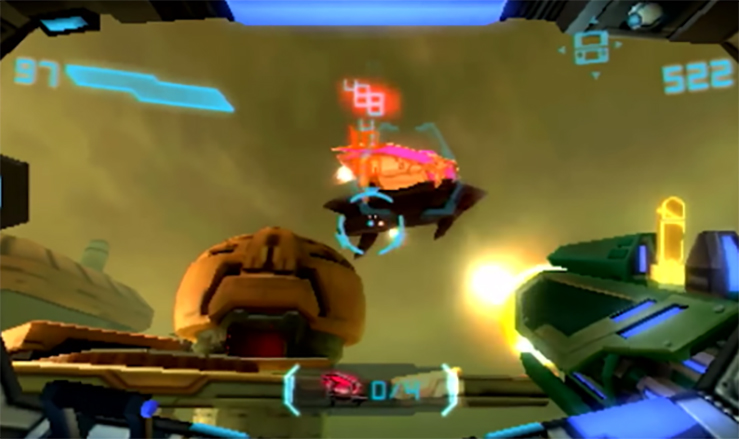 You'll still be returning to certain areas again and again to fulfill different missions, and the emphasis is still on defeating bad guys and solving puzzles to progress, but these are quick, snackable assignments designed to be completed in one sitting. 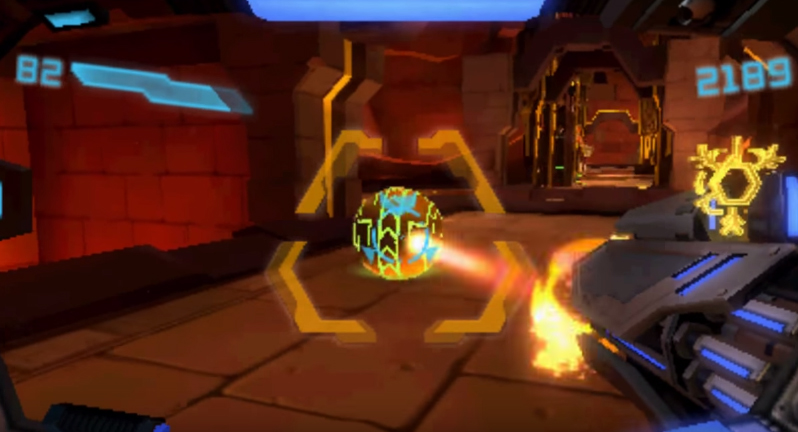 If you've never been a fan of all of the backtracking and retreading areas inherent in other Metroid games, this might be the game for you. Even as you return to familiar areas, there's a lot of variation to the missions you'll accomplish there. As you return to the same planets again and again, you'll discover something new every time.

Another massive change to Federation Force is that it's the first cooperative multiplayer Metroid game. In each mission, you can either go at it alone or team up with friends or strangers online to tackle tasks as a team.

I only recommend taking this game on all by yourself if you're a seasoned gamer. With the help of the "Lone Wolf" mod, you can double your attack power and half the damage you take, but that will only get you so far as you attempt to complete later missions on your own. 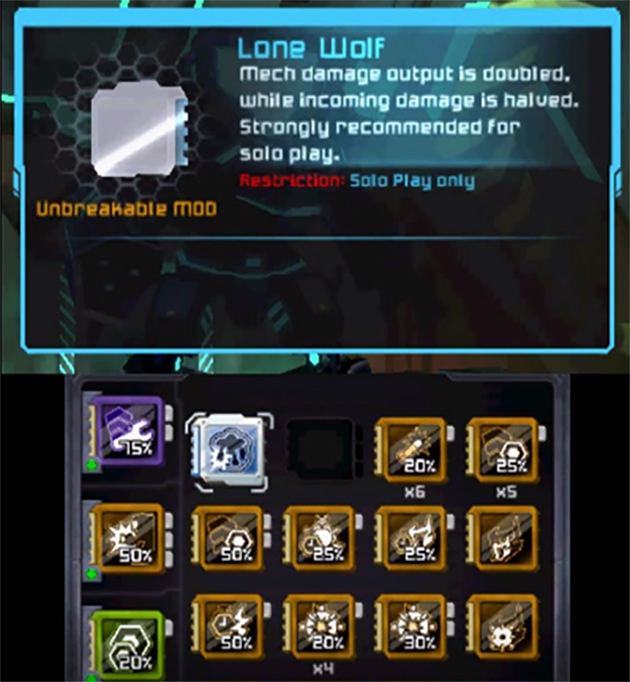 There are upsides to solo play. You're free to explore the game at your own pace and test things out, and you get to hog all of the mods you collect for yourself. But if you run out of health during your mission, you're done for.

Unless you really know what you're doing, you'll want to make some friends.

This game rewards team players. If you're on a team with three other soldiers, you only have to do a quarter of the work. You don't have to worry so much about getting flanked by bad guys, and if you can manage to work together, your chances for survival as you fight bosses and clear out obstacles are multiplied. If you happen to fall in battle, your teammates can also come to your aid to revive you.

The downsides? If you're not super familiar with the mission yet, you can feel like dead weight. It's not a ton of fun when you're concentrating on destroying baddies while the rest of your team has already moved on, spamming the button that makes their characters say "Come on!" With a little bit of practice, you'll grow out of this phase and become competitive, so don't give up!

Samus Aran, the playable hero of every other Metroid game to date, is glaringly absent from Federation Force. So where exactly is she?

She does make a couple of cameos within the game. From time to time, you're shown her profile during mission briefs. There are also in-game decoys that look like her armor to lure the bad guys' attacks. 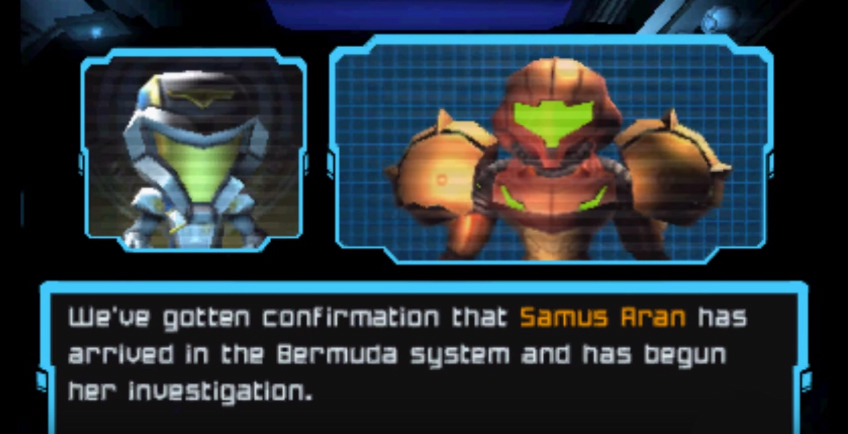 In one mission, which I won't spoil too much, Samus shows up for a second to lend a helping hand. And, if you happen to have the standard Samus Amiibo, your federation soldier's color scheme mimics her Power Suit. 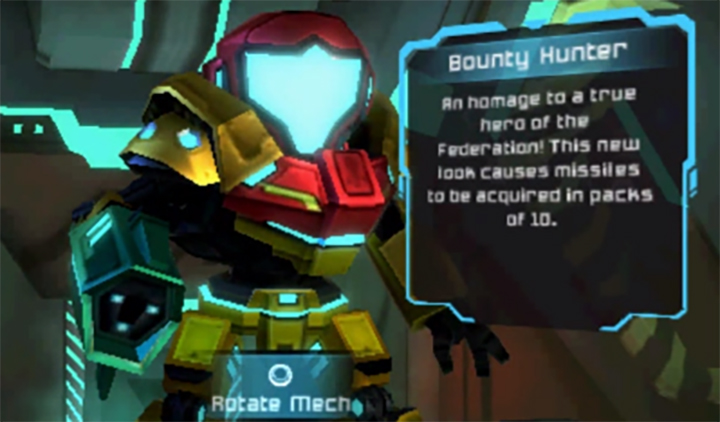 It's a weird choice to leave Samus out of a game about the Galactic Federation she works for, but it does give us a chance to learn more about her world. Plus, you can't exactly have four Samuses running around on a mission.

Your nameless character in Federation Force is part of a new initiative called Operation Golem, where members of the force are trained to command mechs inspired by Samus' Power Suit. The tight controls closely mirror those of past Metroid Prime games, and it's an easy transition if you've played them before.

Arguably, Samus could easily finish all of these missions on her own without a mech, but the rest of the force can do a fine job while she's away.

Metroid Prime: Federation Force has received a lot of criticism for deviating from the main series' look and giving the characters a chibi style with squat bodies and big heads. As much as I would have loved another game that looked and felt like other Metroid games, the animation didn't bother me at all. The 3DS is a portable console, after all, and the exaggerated models make sense on a small screen. 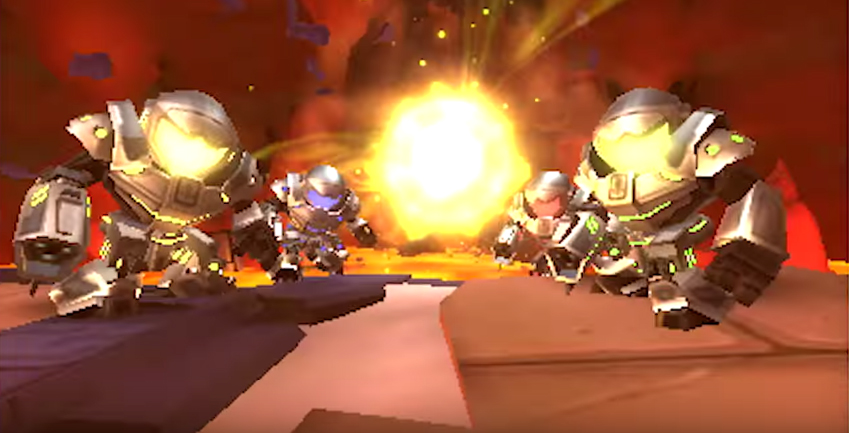 I'll also have to admit that the Metroid Prime games have always triggered my motion sickness, but I haven't had that issue with Federation Force!

If you need a break from the action, you can also play the "Blast Ball" minigame, which places your mech characters on a soccer field as you try to score goals by shooting a giant ball. It's pretty fun, and can even help you hone your skills for missions. You can download the demo for free from the Nintendo eShop if you want to check it out.

Overall, Metroid Prime: Federation Force should be enough to satisfy your hunger for another Metroid game—for now. Still, we can't wait for the next installment to get back into that Power Suit as Samus.

Looking to add some more classic games to your collection? Click HERE to see what Nintendo games just went on sale for back-to-school time.