If you're a longtime Nintendo fan who's never played a Metroid game, you're definitely not alone.

It wouldn't be a stretch to say that most people only know Metroid hero Samus Aran because she appears in the Super Smash Bros. series. That's a shame, because the Metroid franchise has included some seriously fun, challenging and criminally underrated games. 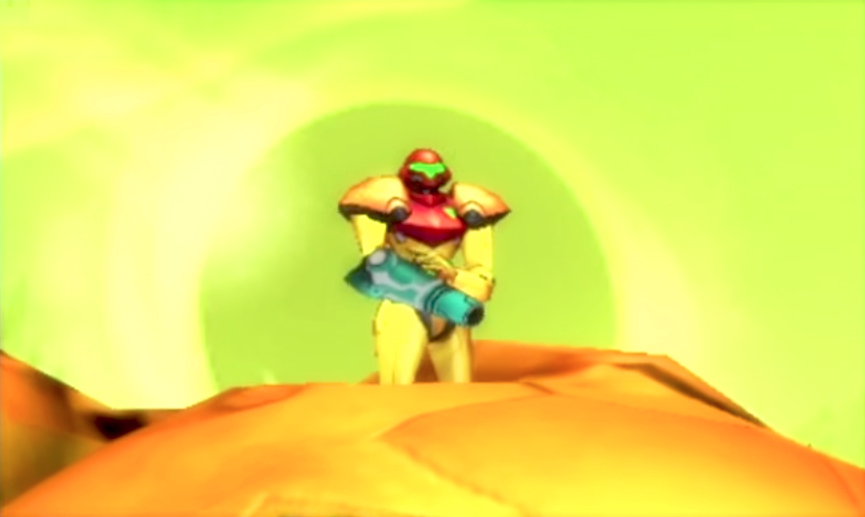 This fall, another 2D Metroid game is joining the lineup, and we hope it'll introduce a new generation of fans to one of our favorite series.

Metroid: Samus Returns releases on Sep. 15, and it's an update on the classic Metroid II: Return of Samus, which first appeared on the Gameboy back in 1991. While we missed the game at E3 earlier this year, we did get the chance to get our hands on it and test run it at Comic-Con last week.

First of, the game begins with a great introduction to the overall story of the Metroid franchise. The game anticipates that you might be new to the series, so it fills you in on everything you need to know about the county hunter Samus and her mission to eradicate the dangerous alien Metroids. 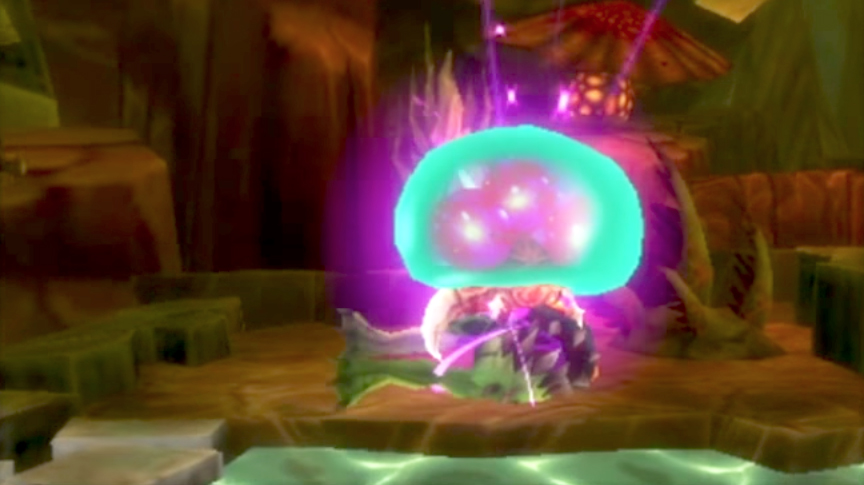 When Samus lands in her ship on SR388, players are expected to figure things out themselves. It's up to them to play with the buttons to figure out how Samus aims her Arm Cannon, shoots missiles and leaps around the world. Samus begins her mission quite underpowered, but as you traverse the planet, you'll slowly open up more and more of her abilities until she's a Metroid-toasting machine. 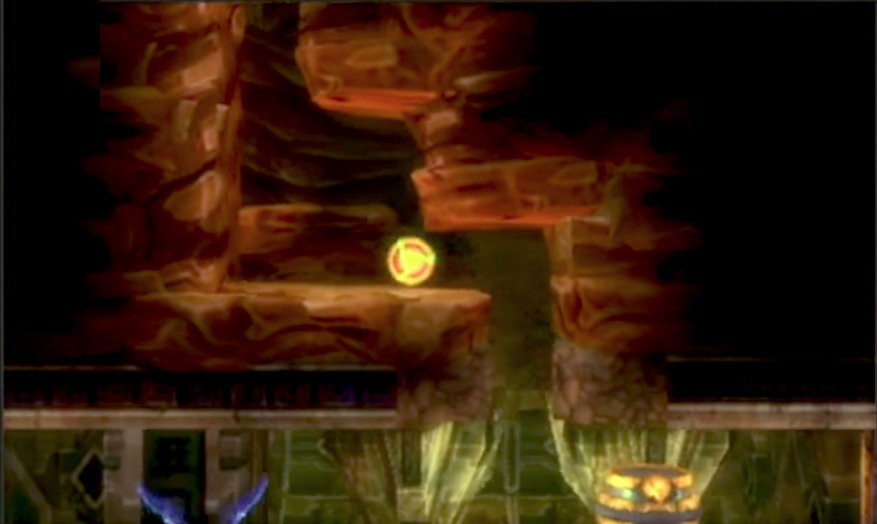 It's also clear from the second you start playing, that visually, it's a huge step up from past 2D Metroid games. This is the first one to utilize 3D models instead of pixel art, and the graphical improvement shows. The backgrounds also look great, and when your 3D is switched on, the foreground really pops away from the landscapes.

The music has also been lovingly recreated and updated from the Gameboy original. It's clear from the look and sound alone that gaming has come a long way in the last 16 years or so.

While the gameplay mechanics feel familiar, they've also been updated. Holding the L button unlocks Free Aim Mode, which allows Samus to aim in a full 360° around her for the first time. When an enemy is in the site of your laser, it turns red, so you know exactly when to strike. 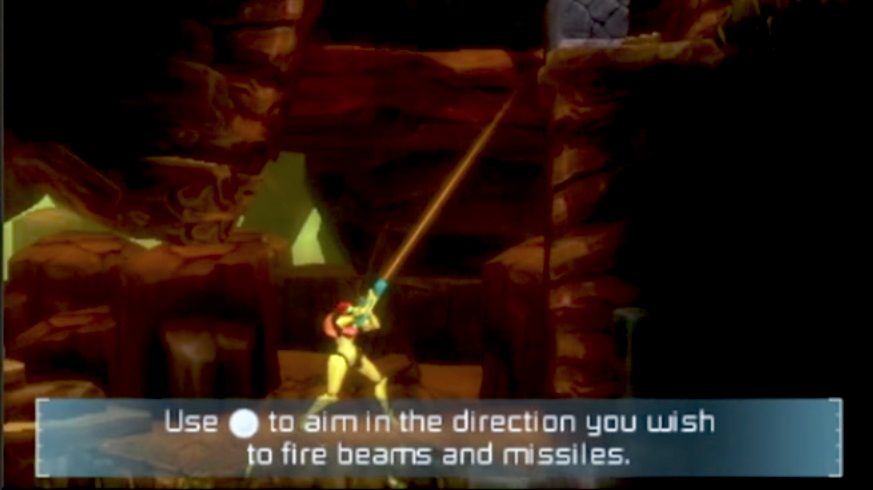 For the first time in a 2D Metroid, Samus also has a Melee Counter attack that's perfect for knocking back particularly aggressive enemies. Waiting for them to attack is risky as it leaves you wide open to attack, but this risk is rewarded with better item drops, as well as a short time window to blast the baddie with a critical hit. 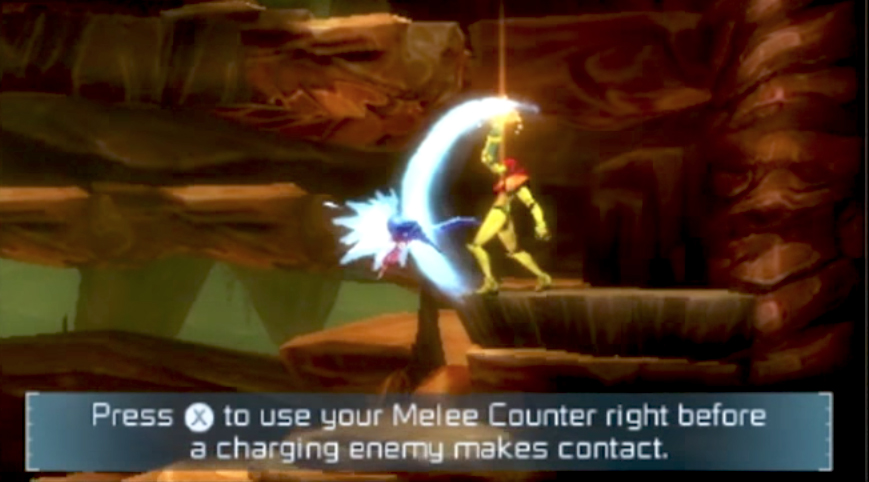 There are a lot of different enemies within this game, and even the more innocent ones can deal a lot of damage if you don't handle them properly. Each has their own attack patterns, it's worth getting to know every one to decide how to take them on strategically.

This becomes especially true when it comes to fighting Metroids—and these aren't the Metroids you know from the other games. They've come to SR388 to leech the planet's creatures of their life force, latching on to them to become even more powerful Metroids. As Samus, it's your mission to hunt down and destroy every last one before they take over the whole galaxy.

These Metroids take on different forms depending on the creatures they've fed on. The first one you encounter is an Alpha Metroid. To destroy it, you must strike its vulnerable underbelly with missiles. 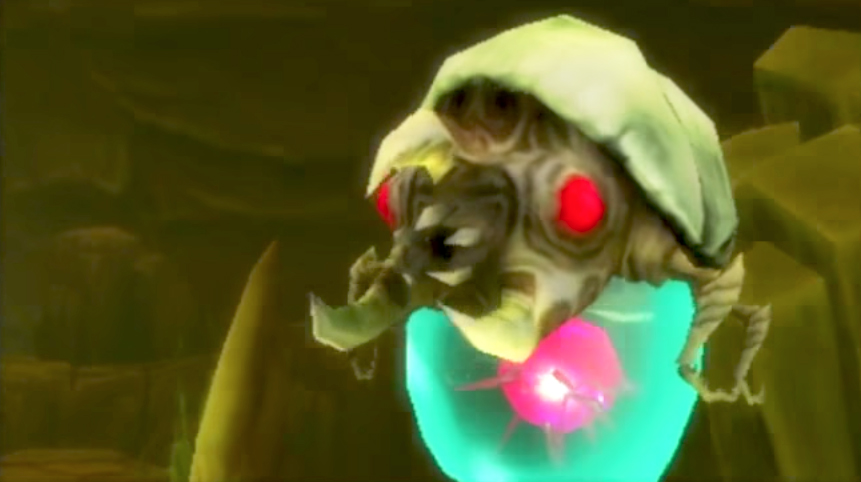 Once defeated, you're rewarded with its Metroid core. These cores are necessary for activating ancient technology that unlocks more of the world. The more Metroids you beat, the freer the planet becomes to explore. For example, one area is filled with harmful purple liquid before defeating the first Metroid. Once you've beaten it, the pool drains to reveal new areas. 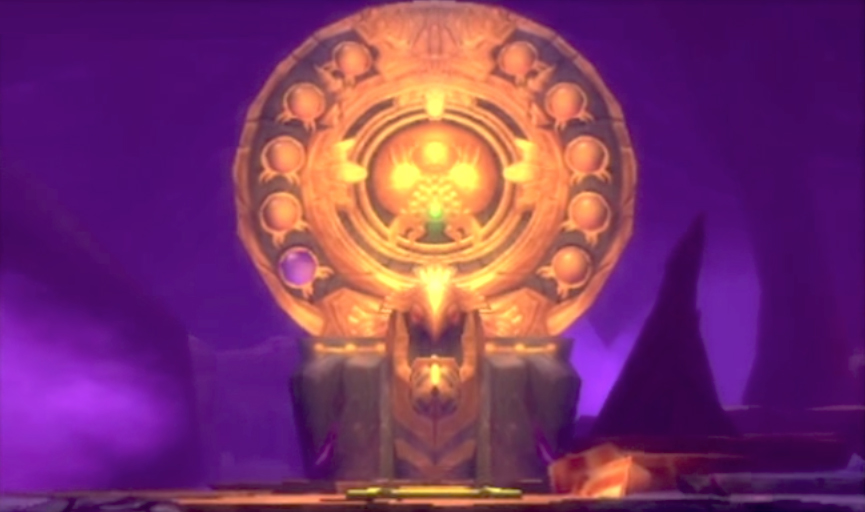 Historically, Metroid games have been about moving forward to upgrade and unlock new abilities before backtracking to use those abilities in previously explored places, unlocking entirely new paths. This game will be no different.

The maps for certain areas don't appear until you've entered the area, allowing you to see where you have and haven't been. This is super handy when it comes to moving into new territory or finding every last item hidden within the game. Secrets are marked on the map, but it's up to you to find out how to get to them.

Finding Chozo statues also allows you to acquire new abilities, like the classic Morph Ball and Charge Beam, but there are some brand new skills to learn in this game as well. In this game, Samus gains Aeion powers, which use up valuable Aeion energy, so players must use it wisely. Samus' first Aeion power is the Scan Pulse, which shows players where secrets are, reveals a chunk of the map and also shows the player the location of breakable walls. It's super handy—but only to be used when you really need it. 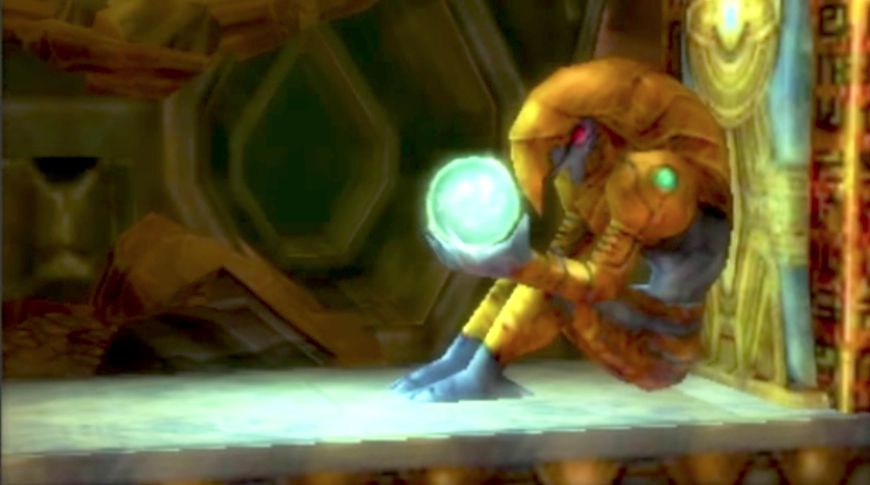 While we only got to play a tiny fraction of the game, it was enough to make our nostalgic hearts flutter while still showing off innovative, fun features that will appeal to brand new fans. It's a challenge without being too punishing, and we think it'll be an instant classic once it hits store shelves this fall.

What's so special about Samus, anyway? Click HERE to find out why her return is so important.