On Jan. 29, we got the exciting news that Netflix' Fuller House had been renewed for a fourth season.

Not wanting to waste a moment, we hopped on the phone with Michael Campion, who plays the show's Jackson Fuller, to get his thoughts on the big news, as well as magic, Netflix and the very best retro TV shows:

On All the Buzz Around Season Four:

"I'm personally very excited that we've been greenlit for a fourth season. We've had a lot of great fan reactions and there's a lot of new stuff to come, from Kimmy having the baby and my relationship with Rocki, to the legacy cast moving in with us, hopefully. I don't really know how things will go just yet, but I know it's going to be great. I'm excited to shoot it and for fans to see it." – Michael Campion 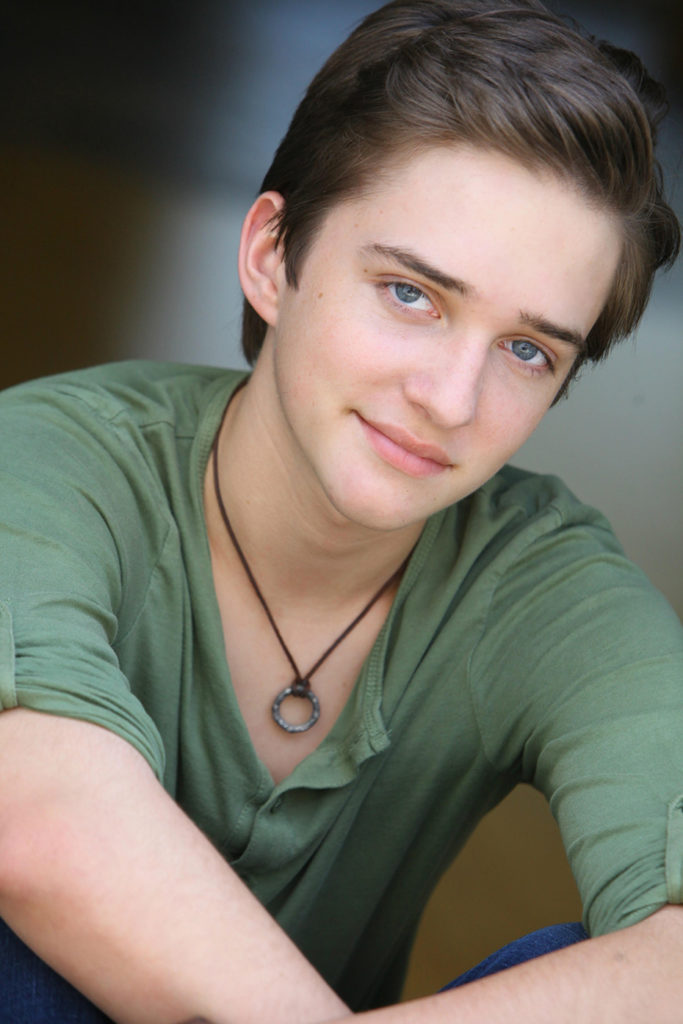 On the Growing Similarities Between Michael and Jackson:

"I am nearly exactly like Jackson Fuller. My character is like a heightened version of me. His clumsiness and the things he says are so me. Sometimes the writers even directly quote me to poke fun at me a little bit. But as time goes on, he's becoming more mature. He's learning a lot of life lessons, and I feel like I am, too. I'm on the same track with him." – Michael Campion

"I've been acting since I was 5, but Fuller House feels like an accelerated number of years of acting somehow. It's like I'm on the fast track. I'm with a coach every single day, then I'm shooting and I'm rehearsing. I've grown so much as an actor from this experience." – Michael Campion

What Michael Wants to See in Season Four:

"I've been getting really into magic recently. I've been practicing every day since the last month of shooting around September, and I really want to talk to the Fuller House writers about my character doing magic." – Michael Campion

On His Favorite Magic Tricks:

"I specialize in card tricks and sponge ball magic. If you can't picture it, it's when the magician has those four little red balls that they make disappear and then reappear in their hands. I've been getting really good at those." – Michael Campion

On His Most Spectacular Fuller House Moment:

"Going to Japan was an incredible surprise. I didn't know what to expect there, and it blew me away. That was the coolest experience I've had outside of the U.S. It was such a culture shock getting to see how other people around the world do stuff, and I would never have had that experience without Fuller House." – Michael Campion

What Michael Knows So Far About Season 4:

"In about a week I'm going to talk to the writers, but for right now, I have nothing. I'm taking an educated guess from what I've already seen and where I think it's going to go, but I can almost assure you that the legacy cast is going to try to move in with us in San Francisco, since they mentioned it last season. I think that's going to be the biggest plot point." – Michael Campion

"They gave an estimate that we'd start filming anywhere from March to April. I'm not sure when I'll be going out, but it will be soon!" – Michael Campion

"Besides Fuller House, I really particularly like Stranger Things—but everyone does. It's such a good show and I love it so much. Other really good Netflix shows are The Punisher, Daredevil, Jessica Jones—basically, all the Marvel ones are by far my favorite. They're all amazing." – Michael Campion

"I've always really liked Joey. I have the same kind of stupid humor. I'm always cracking jokes on set, and whenever I've gotten to work with Dave [Coulier], who plays Joey, we're constantly making jokes back and forth. We think we're really funny. He's my favorite to work with." – Michael Campion

"I've always enjoyed Friends, but that was a little later. I also love The Fresh Prince of Bel-Air, and I like Roseanne a lot. That's my favorite, besides Full House." – Michael Campion

If Jackson is your fave Fuller House character, click HERE for pretty much everything you need to know about Michael Campion.