Michelle Phan is a makeup and beauty guru whose talents have made her one of YouTube's biggest stars. We spoke with Michelle to learn not only about her viral video career, but also her new ad campaign with Nintendo 3DS! 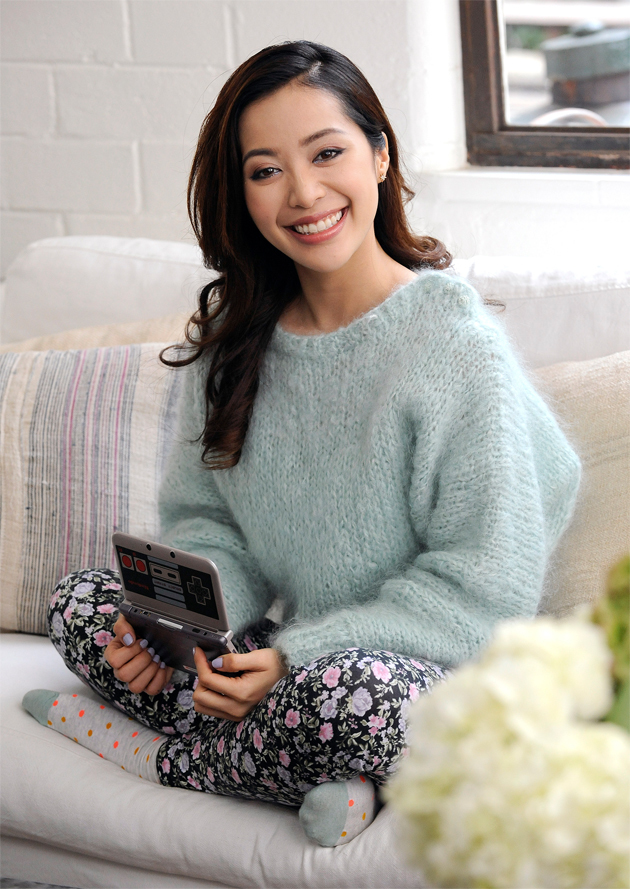 Michelle told us she's been a massive Nintendo fan since she was a little girl.

"Nintendo defined my childhood," she said." When I was going through hard times, I turned on my Nintendo console and was transported into another world. "

We asked Michelle to name some of her favorite Nintendo games.

"That's a hard question because there are so many good ones!" she replied. "I'd say my top three are The Legend of Zelda: Ocarina of Time, Super Mario World, and Pokémon Snap.

Michelle recently teamed up with Nintendo to record videos for a new Nintendo 3DS ad campaign. The portable system allows gamers to play incredible games on the go, with a top screen featuring 3D capabilities and a bottom touch-screen working together for a unique gameplay experience.

"I love how you have the option to play your games in 3D or 2D, just by simply sliding a button," Michelle said. "The clarity of the dual screens is gorgeous and the quality is exceptional. It also feels very nostalgic to the older Gameboys.

Michelle Phan has gained worldwide game for her YouTube channel dedicated to makeup tutorials, reviews and more. Since beginning her channel in 2007, she has accumulated more than 7 million subscribers!

As a makeup artist, Michelle finds the Nintendo's Mii system feature especially appealing. It allows players to make avatars based on their own likeness, with a huge variety of eyes, noses, hairstyles and other features to pick from to make a character that looks just like you, or even your friends, family, or favorite characters and celebrities!

"I love customizing my Mii as it reminds me of my makeup transformations," Michelle said. "Like makeup, it becomes a fun extension of your self expression."

The animated characters even allow her to try her hand at a career path she pursued in school.

"I actually wanted to be a character designer for video games when I was in art college," she said.

Though Michelle's unique makeup videos have earned her millions of fans from across the globe, she says her success came as something of a shock.

"Not in a million years did I expect that my videos would end up being seen by millions of people," she said. "The fame is something that is hard to comprehend. I love that I'm doing something that I'm passionate about, and I love sharing, being creative, and interacting with my followers. They inspire me to stay online and continue on this journey."

To check out Michelle Phan's incredible work with makeup, and learn more about the artist herself, be sure to subscribe to her on YouTube here! Feel free to also leave your comments in the space provided below, and join our community at Sweety High to share your favorite video games, YouTube beauty gurus and so much more with us!