In the new blooper reel, we share some of the funniest behind-the-scenes moments from Midnight Red Revealed!

The guys take part in conga lines, do it for the Vine and goof around on the various sets of their "Hell Yeah" music video. We don't want to give everything away, so you'll just have to watch these Midnight Red Revealed Bloopers to see what happens!

Obsessed with Midnight Red? If you missed any Midnight Red Revealed episodes, check them out below, and join our Redhead community at SweetyHigh.com for all of the latest MNR updates! 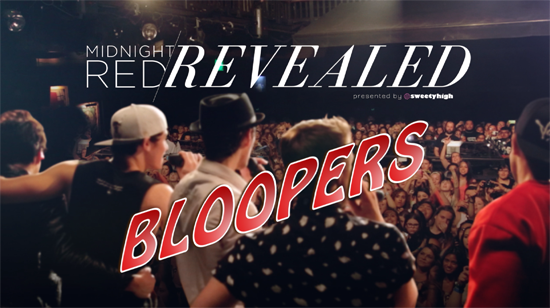