Miley Cyrus has reinvented herself a number of times over the years, and if the music video for her new single, "Midnight Sky" is any indication, we think this stage in Miley's creative history is about to be her best yet. 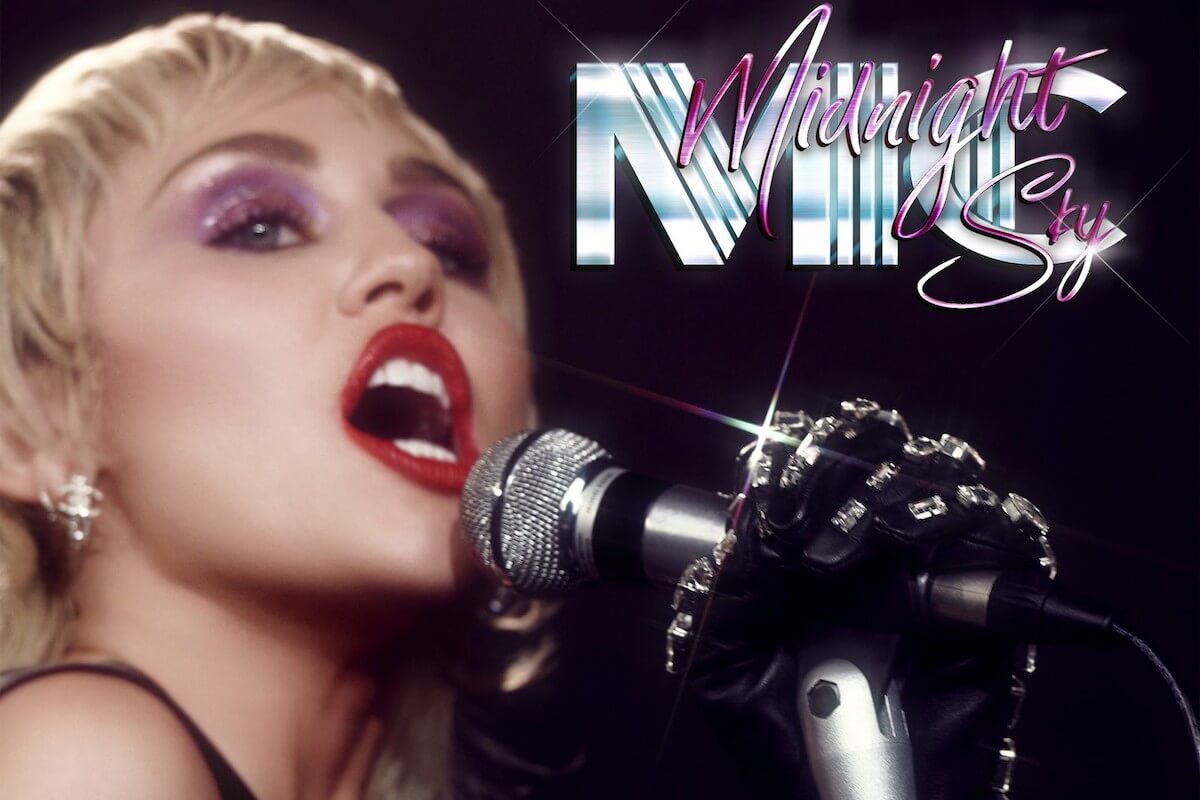 After exciting her followers on Wednesday with a 15-second teaser for the new track, the new video dropped last night to huge fanfare. The song, as well as its stunning video, seem to channel the sounds of some of Miley's biggest musical heroes—Stevie Nicks, Joan Jett and Debbie Harry—into an '80s-inspired hit with powerful synth sounds and dance-y beat that demands your attention.

It helps that the song is relatable as it is catchy. It's a declaration of independence, stating that Miley doesn't need anyone else to be her complete self, and we're all for it. We think it's about to become the biggest post-breakup anthem of 2020.

"Midnight Sky" is also Miley's debut directing herself in a music video, but you wouldn't know it from the piece's bold, confident craftsmanship. With this video, she wanted to take control of her narrative by telling her own story from her unique perspective. She knows what exactly what she's doing, and she's unapologetic about every striking choice in the video. It's full of vibrant colors, with an in-your-face neon aesthetic complemented by confetti and twinkling disco balls, lending further to the sleek '80s feel.

It's proof that Miley has constantly been transforming herself as an artist, always iterating toward her best self. It's full Miley, and we couldn't ask for anything more—except that we hope we don't have to wait too long to see what else her upcoming album, She Is Miley Cyrus, will have to offer.

You can watch the dazzling full video below.

If you can't get enough of Miley, click HERE for our favorite Miley Cyrus lyrics to use as Instagram captions.