Even though Stranger Things star Millie Bobby Brown had to miss the 2018 MTV Movie & TV Awards show on Saturday, she left an impression.

During the airing on Monday, we got to see her deliver an important anti-bullying message.

Poor Millie was at home on doctor's orders after hurting her knee, but she recorded a video for the event. It played after she was announced as the winner of the Best Performance in a Show category. In her speech, she thanked her colleagues but also took the time to speak out against bullying. 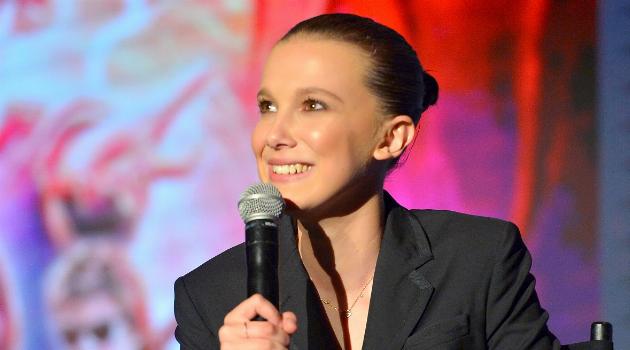 (via Charley Gallay/Getty Images for Netflix)

Millie's message for young and old viewers alike was simple:

"If you don't have anything nice to say, just don't say it." She expanded a bit, arguing that "there should be no space in this world for bullying" and that none of us should tolerate it. She even put out an offer for anyone to message her on Instagram if they need "a reminder of how worthy [they] are."

The speech was one of the night's best moments.

High fives to Millie for using her time in the spotlight to remind us all to be kinder to one another.

If you want to make sure you're treating the people around you well, click HERE for some helpful advice.