Millie Bobby Brown Got Another Emmy Nomination, and She Could Be the Youngest Winner Ever

At just 14 years old, Millie Bobby Brown has already accomplished a feat that would thrill even veteran actors: being nominated for an Emmy not once but twice in a row.

The 2018 Emmy nominations were announced today, and once again, the Stranger Things actress earned a nod in the Outstanding Supporting Actress in a Drama Series category.

The news is especially exciting because it gives her another shot at becoming the youngest Emmy winner ever. 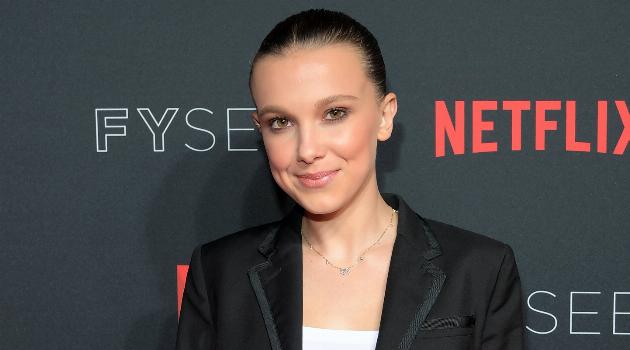 Millie had that chance last year when she was just 13, but she ultimately lost out to Ann Dowd of The Handmaid's Tale. Still, it was a big deal then, just as it is now. There have only been a handful of teen actors to have been nominated for Emmys over the years, let alone to have won.

So far, none were younger than Roxana Zal in 1984. At 14, she won the Emmy for Outstanding Supporting Actress in a Miniseries or a Movie for her role in the TV movie Something About Amelia. However, it was just about six weeks before her 15th birthday, so Millie, who doesn't turn 15 till February, would claim the record.

Of course, Millie's up against some amazing actresses, including Ann Dowd once again. She should be proud to be in such good company, whether or not she wins.

Being nominated for an Emmy at any age is incredible, and two is, well, doubly so. At this point, a record on top of a win would just be icing.

If you're a big Stranger Things fan, click HERE to read what your favorite moment from the show says about your personality.