Mochi ice cream has been one of my favorite desserts for a long time.

Even though most places offer the same basic flavors of chocolate, vanilla, strawberry and green tea, and the dessert I sometimes order at the end of a sushi dinner seems to be identical to what I could find in the grocery store freezer aisle, I can never resist the chill, chewy treat.

So when the folks behind Mochidoki reached out to me, sharing details of their premium mochi ice cream in unique and unusual tastes, I just had to give the brand a try. They sent me a number of incredible flavors—including the new Hojicha and Seoul Cookie flavors, which launched today, Nov. 1—and after tasting them, I've been completely spoiled. I have to say it'll be a challenge to ever go back.

Mochidoki is a New York-based mochi ice cream brand that sets out to make the best treats possible through innovation and using the latest in food technology. That means they don't only taste good—they feel and look great, too. Each of their offerings consists of delicious and uniquely flavored ice cream wrapped in a chewy, pillowy rice cake. The result is a dessert that's got perfect flavor and mouthfeel.

Mochidoki has both dairy and non-vegan options on their menu, and at the moment, they're offering 22 incredible flavors for customers to try. Individual flavors sell in four-packs for $10 or 24-packs for $60, or you can try variety packs (both signature or vegan) for $70 for 24. 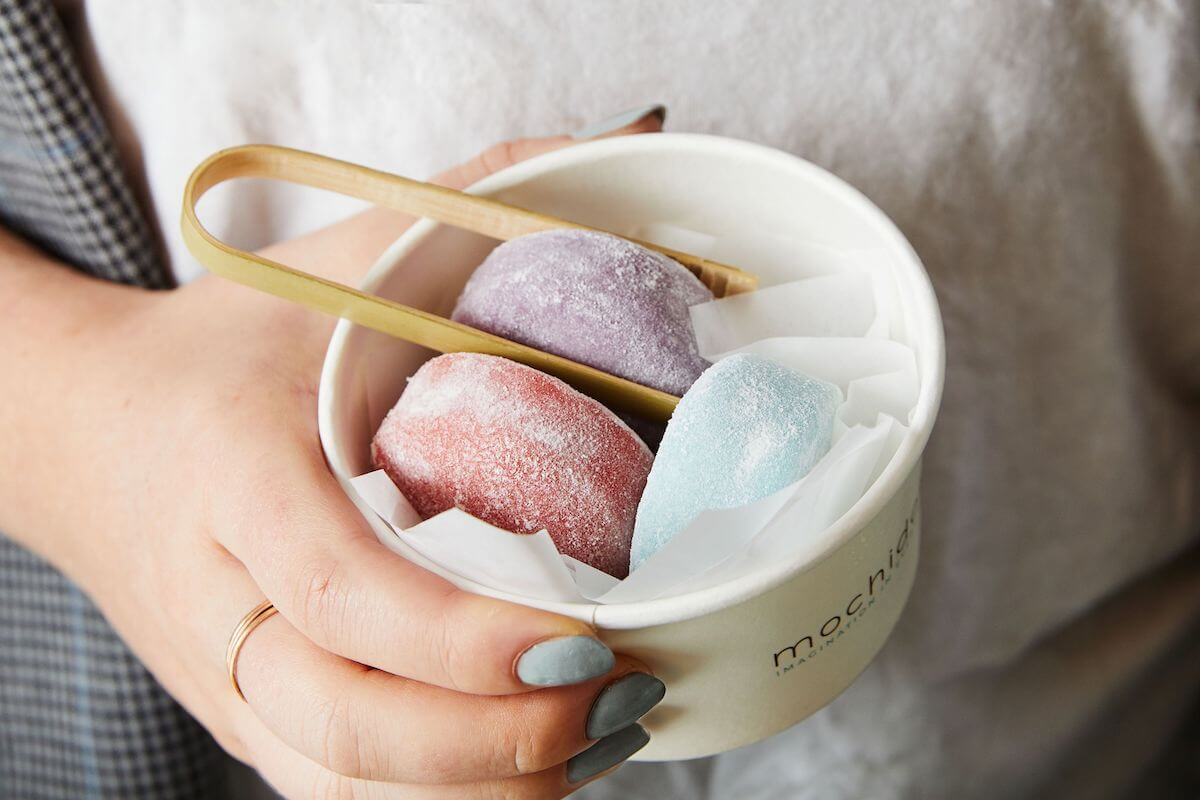 Chocolate and hazelnut are a winning combination, and this tasty mochi confection does not disappoint. The rice cake of the mochi was ever more delicious than I expected, with a soft yet chewy consistency, with way less powdery flour coating on the outside than I was used to, and the ice creamy filling really sealed the deal. It was creamy and smooth (as well as vegan) and had all of the Nutella-like flavor I expected, with a perfect balance between the chocolate and hazelnut. It was a great entryway into the brand, and made me so excited to taste all of the others. 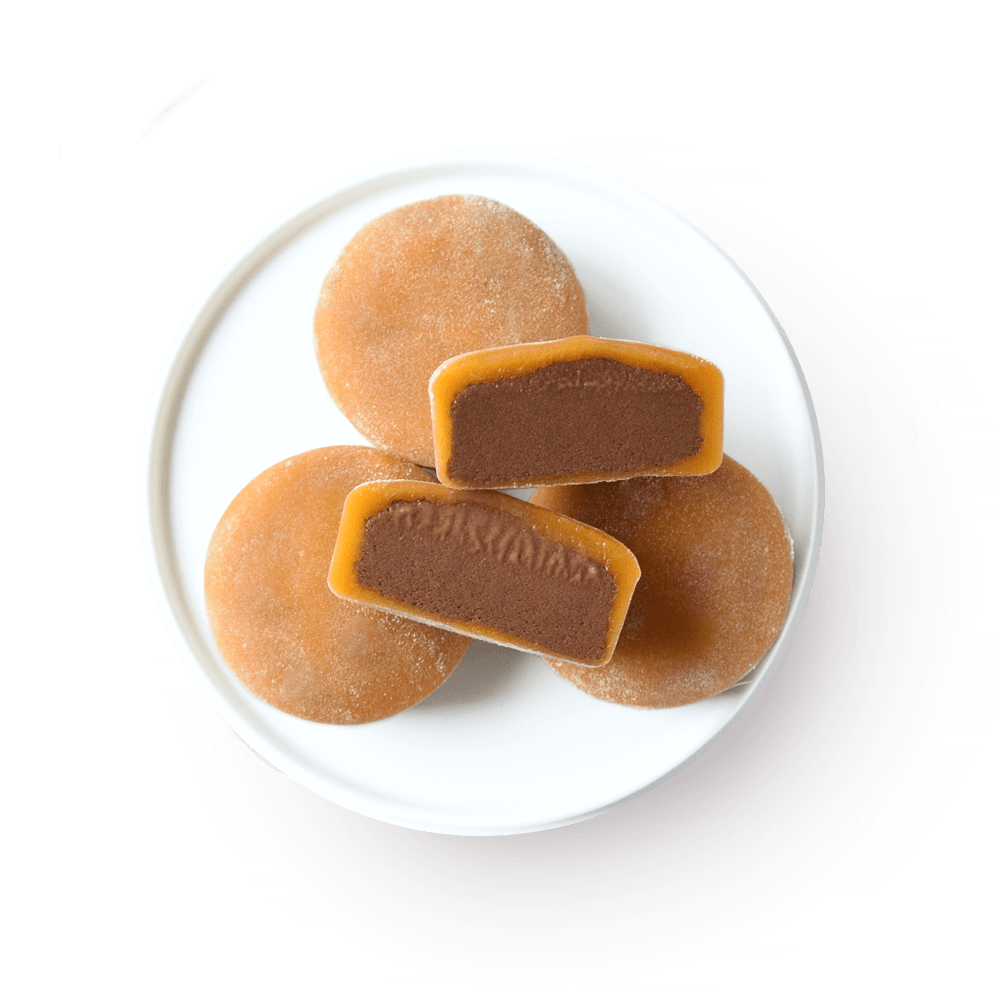 The coconut-flavored mochi was also vegan, and while I'm guessing this will be a fast favorite among those who generally love coconut milk, I wasn't a huge fan. The sweetness is nicely balanced, and the ice cream itself contains flakes of toasted coconut, but I'm just not that into coconut. Lucky for me, from here on out, every flavor was a huge winner. 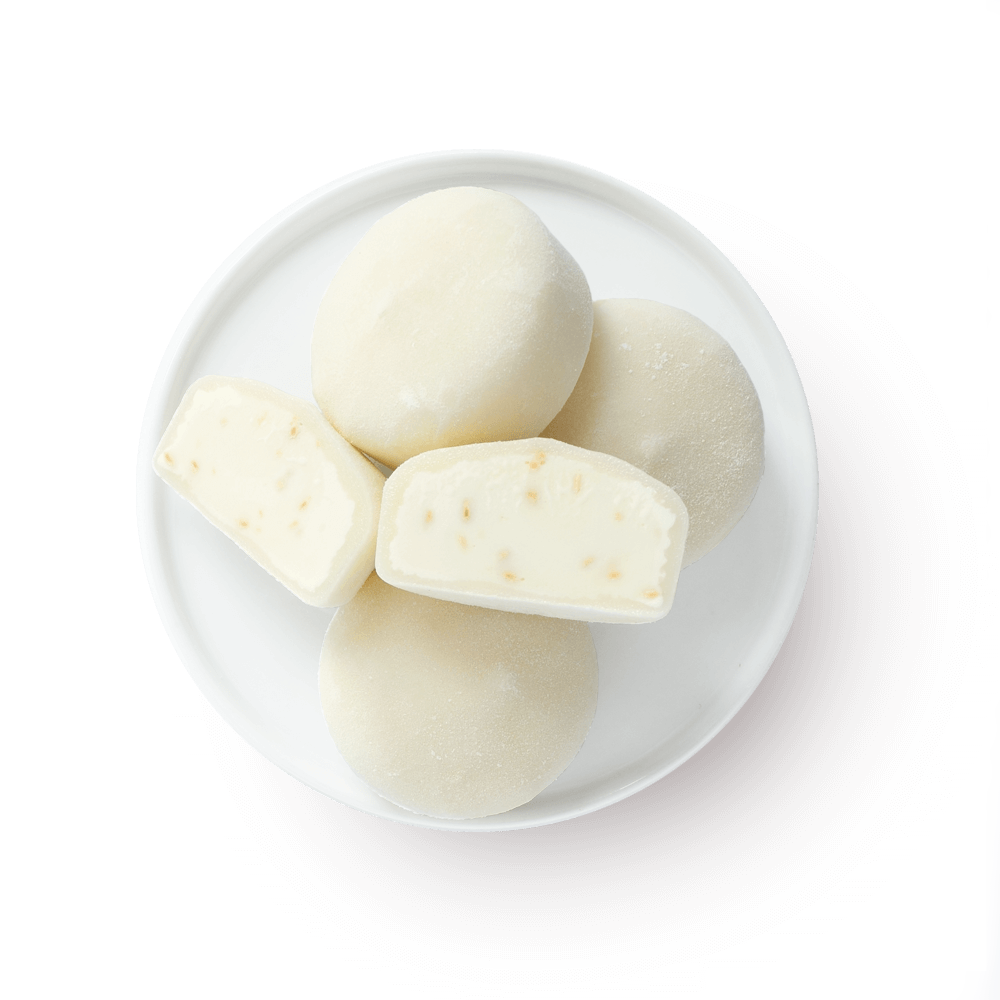 If you think a milk and cereal-flavored mochi sounds good, just wait until you taste it, because the flavor is even better than you've imagined. The mochi evokes the feeling of breakfast cereal with lightly sweetened ice cream reminiscent of cereal milk, and the crunchy bits of frosted corn flakes seal the deal to make this even more iconic. The mochi and the cereal complement each other so well, and it's hard not to eat more than one in a single sitting. 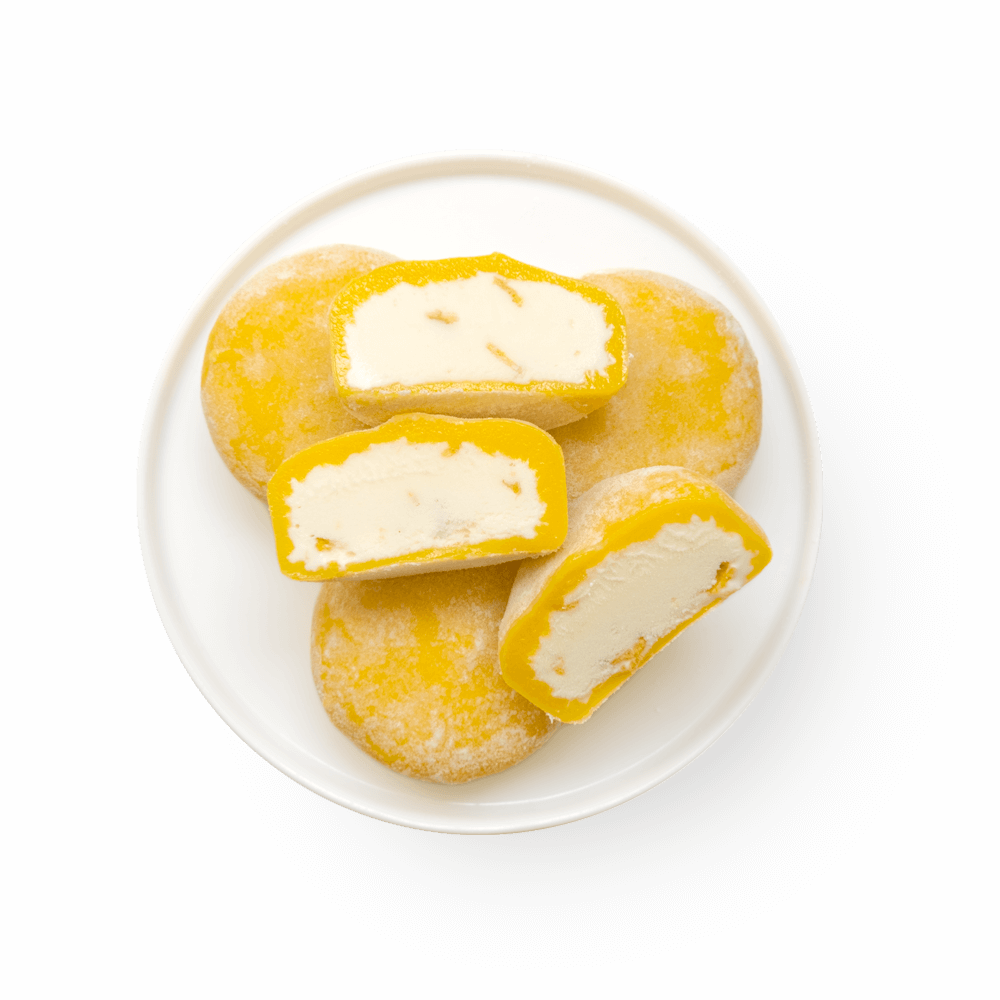 In my opinion, the salted caramel mochi is Mochidoki's crown jewel. I shared them with three family members, and each and every one of them literally said, "Wow!" upon tasting them, and then went back for seconds. The ice cream in this one seemed to be a little meltier than the others (maybe because of the salt?) but that delicious salty flavor comes through so beautifully with the rich, buttery caramel. It's intensely tasty and the favorite of my entire household—and I think I'm going to have to order some more of this one before too long. 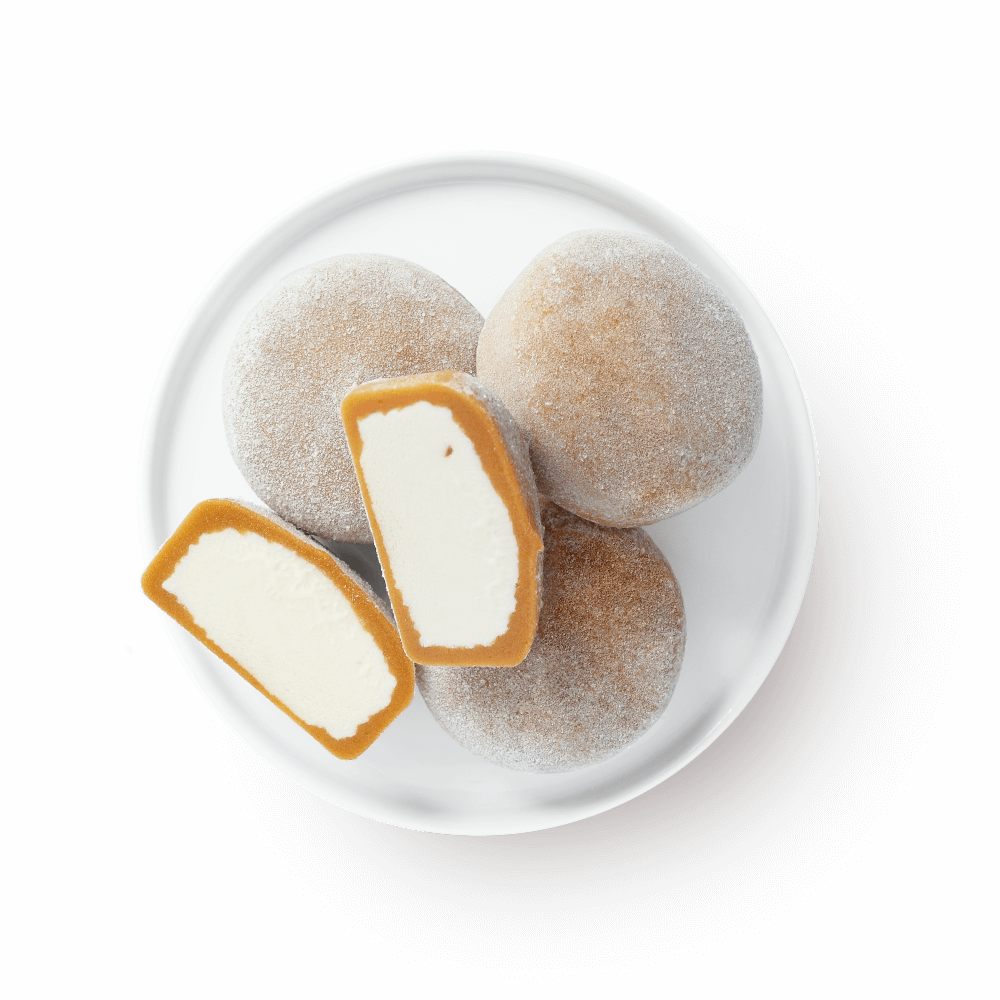 I am a huge fan of hojicha, a green tea that uses roasted leaves with an earthier, nuttier flavor, and I was thrilled when I finally got to taste this mochi. If you're a fan of the dessert, you've probably had green matcha tea mochi, but this is something different. It's not as grassy or intensely bright as that flavor, making it slightly more approachable, and it tastes wonderful when paired with the rice cake of the mochi. 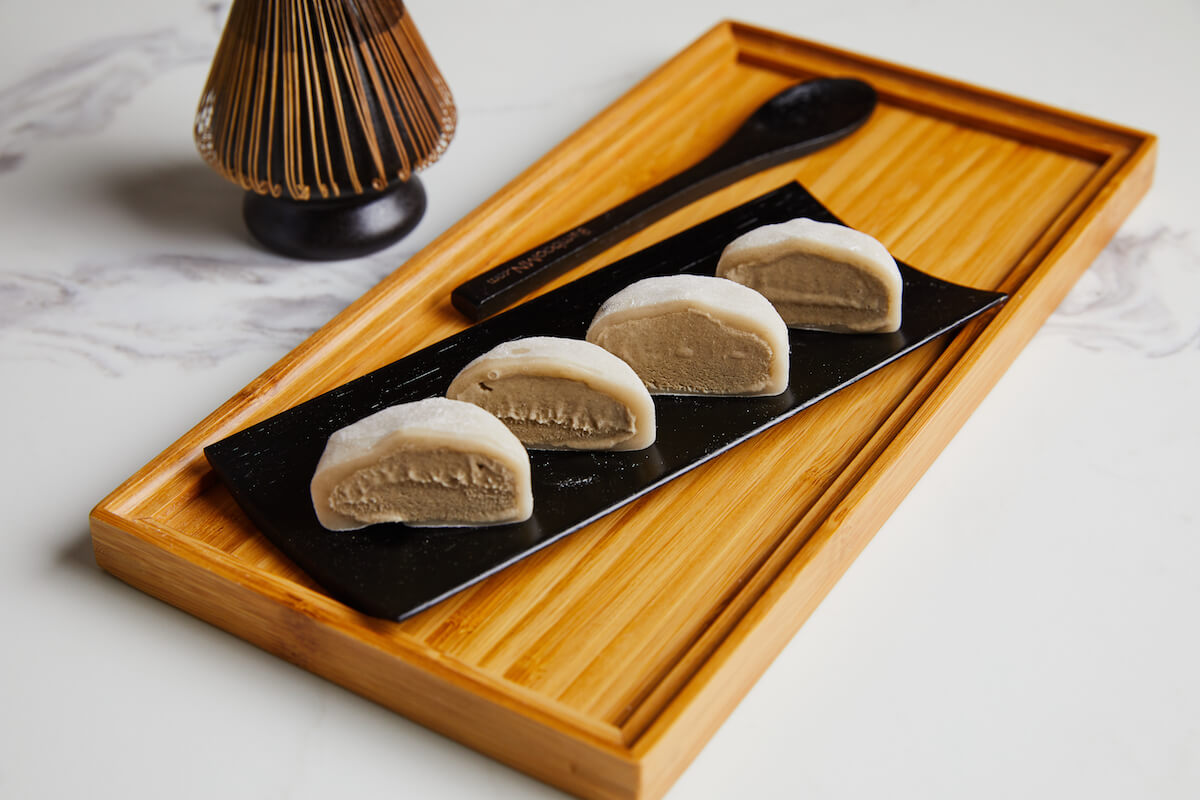 And last, but certainly not least, is the Seoul cookie-flavored mochi. I wasn't at all sure what to expect when I bit into this reddish treat. The flavor is unlike anything I've had, combining a rich fruitiness with ginger and cinnamon to create something that's immediately reminiscent of the holiday season. It's like Christmas in your mouth, making it my favorite Mochidoki flavor I've tried—and now I'm quite tempted to track down the Korean sujeonggwa punch it's inspired by, too. 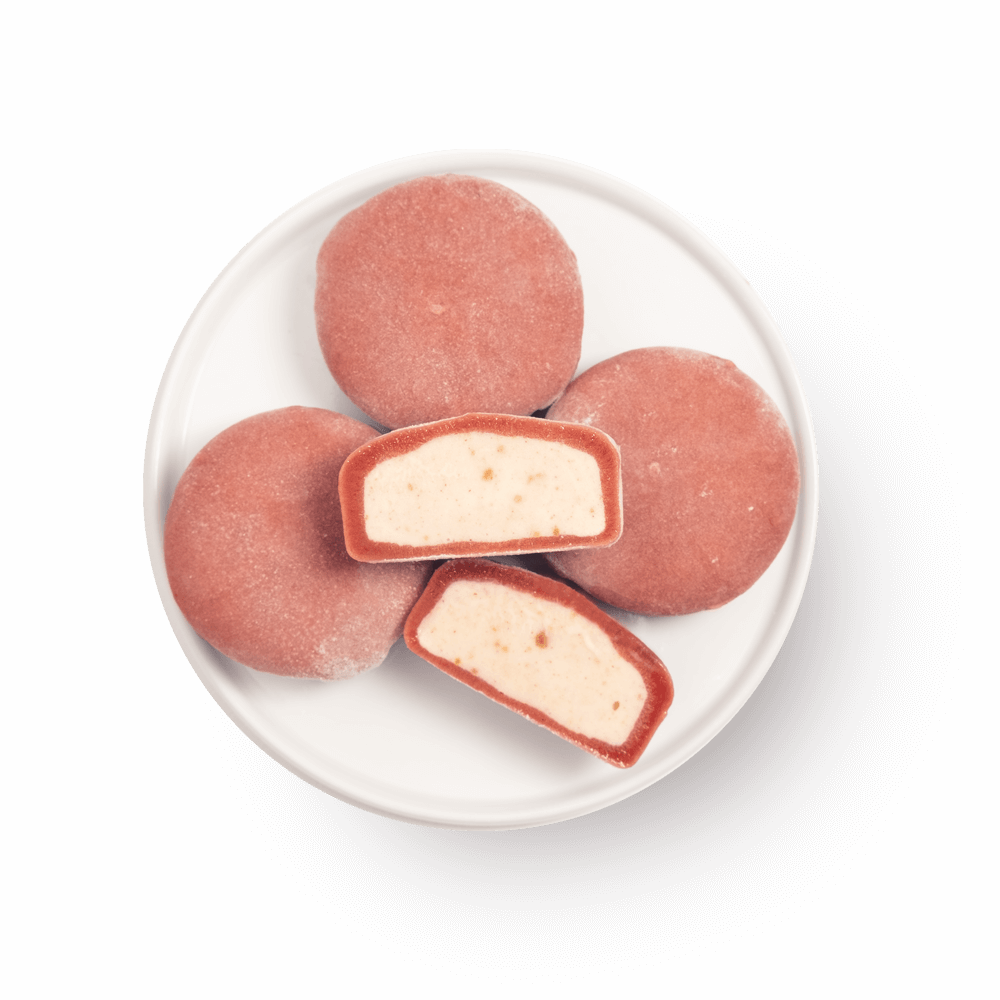 If you're on the lookout for a delicious new type of treat with a great texture and flavors that absolutely will not let you down, you have to go with Mochidoki. Their mochi ice creams are better than any other brand I've tried, and you can tell they're premium with every bite. Of course, at $2.50 per mochi, they're a little bit pricey—but that's still cheaper than ordering for dessert at a restaurant, and you'll be way happier with how they taste.

Craving pumpkin this fall season? Click HERE to check out all of the fast food joints serving pumpkin drinks and desserts this fall.