Disneynature have released a second trailer and plot details for their upcoming movie Monkey Kingdom, which arrives in theaters on Earth Day 2015! 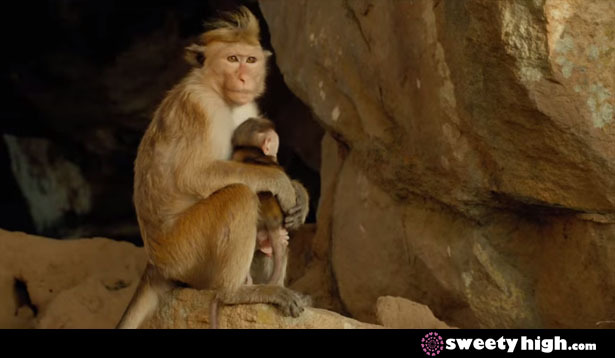 The documentary follows the lives of a toque macaque named Maya and her new baby, Kip.

When their patch of Sri Lankan jungle is invaded by a nearby group of rival monkeys, Maya's troop is forced to relocate and driven into the big city, where they must use their cleverness and quick reflexes to adapt to living side by side with humans.

We can't wait to see the film when it hits theaters! Share your thoughts about the movie in the comments below and share pics of your favorite animals and more with us at Sweety High!