Pizza Toppings That Are Even More Controversial Than Pineapple

Do you think that pineapple belongs on pizza?

Pineapple on pizza is one of the most controversial debates of all time. Your answer to this question defines you as a person and can break or break friendships. Okay, so maybe it's not that serious, but it does divide people. The idea of fruit on pizza is unimaginable to some, while others think it's the perfect mix of sweet and salty. The problem is that while we've all been channeling our energy into this fight, we have unknowingly ignored even odder toppings. Please take a look at these pizza toppings that are so out there that they will either take your pizza to the next level or ruin pizza for you forever. 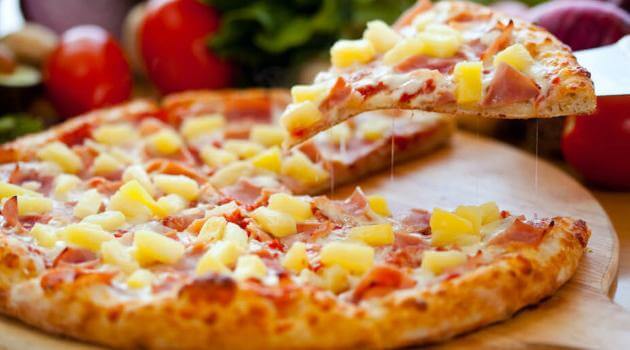 Sardines by themselves are questionable, so it's even more confusing that someone would put them on a pizza. This salty fish is popular on the West Coast, but maybe everyone should watch Seaspiracy and keep them in the ocean—if not for the environment's sake, then for our tastebuds.

Olives, like pineapple, are a divisive yet popular topping. You can get olives at every pizza place, but the question is, why would you want to? 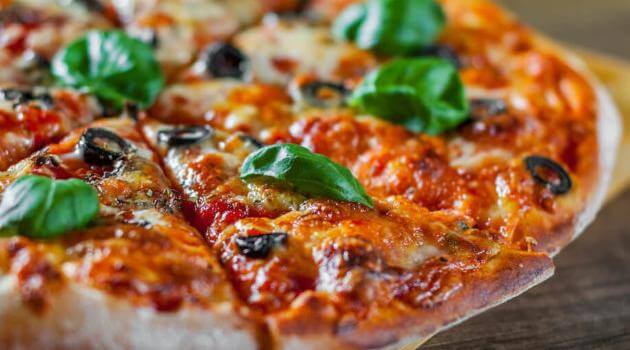 Who doesn't like cheesy carbs on top of cheesy carbs? While some people dream of mac & cheese pizza, others think it's too rich and each should remain in their lanes.

Some people think you can elevate your pizza experience by replacing the traditional red sauce with smokey and sweet BBQ sauce. This has become a staple for some families, but it would shake pizza purists.

Asparagus is a lovely vegetable usually found in elegant meals, but some people think it also has a place in the world of comfort food. This topping depends on how much you love vegetables and how far you're willing to go for the sake of health. 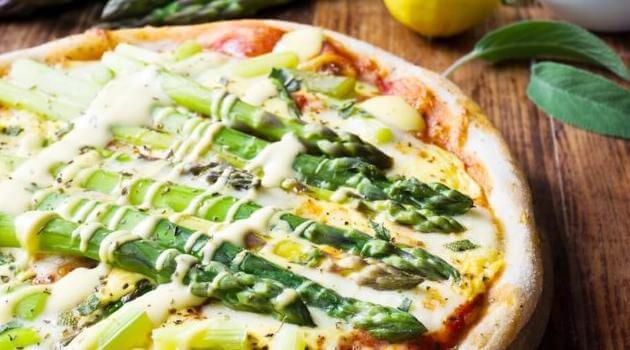 When you think about all the different forms potato can become, from fries to hashbrowns, it's not that big of a leap that some people think it can be part of pizza too. However, even the most dedicated potato lover may have trouble adjusting to this unusual combination.

Hard-boiled egg pizza can be found in Italy, the birthplace of the dish, and it's called Pizza Capricciosa. It has expanded to scrambled and fried eggs, but maybe Italy should have stuck to the classic Pizza Margherita instead. 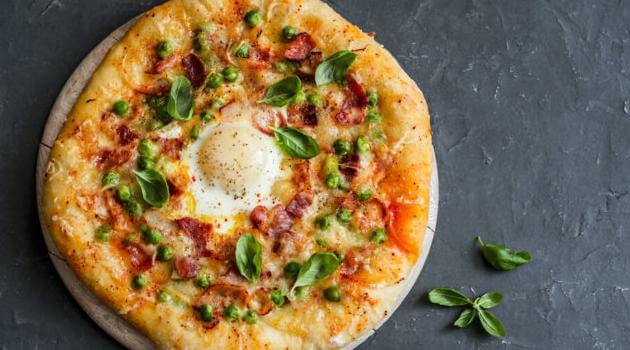 Some people are not satisfied with the golden baked cheese and opt to add edible gold. This topping can be found at upscale restaurants and may not add much flavor, but it adds a nice sprinkle of superiority complex.

People either love pickles or hate them, and pickle-topped pizza is no different. In theory, the salty combo would be incredible, but the aesthetic is definitely off-putting.

Strawberries are usually added to pizza when accompanied with goat cheese and basil. This mature combination may be more of a flatbread, but we'll include it because it will upset that "no fruit on pizza" crowd. 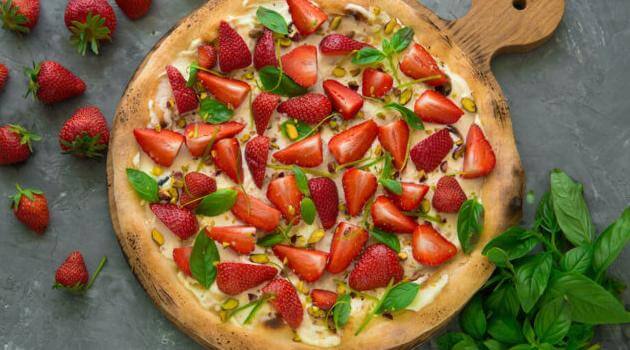 While this is not a traditional pizza in cheese and sauce, we wanted to showcase dessert pizza because it has the pizza community split. Do you think pizza crust topped with thick chocolate and marshmallows is good, or do you feel that pizza shouldn't venture outside of the savory world?

Interested in more unusual food toppings? HERE are some weird ice cream toppings that shouldn't work but totally do.