THIS Is the Most Sought-After Pokémon in Your State

It's been exactly one year since the release of Pokémon Go—are you still playing?

Even if you aren't, millions of players are, and all across the United States people are still looking for the Pokémon of their dreams. The folks at Decluttr went through the trouble to find out which Pokémon people want in 2017, and this handy map breaks it all down. 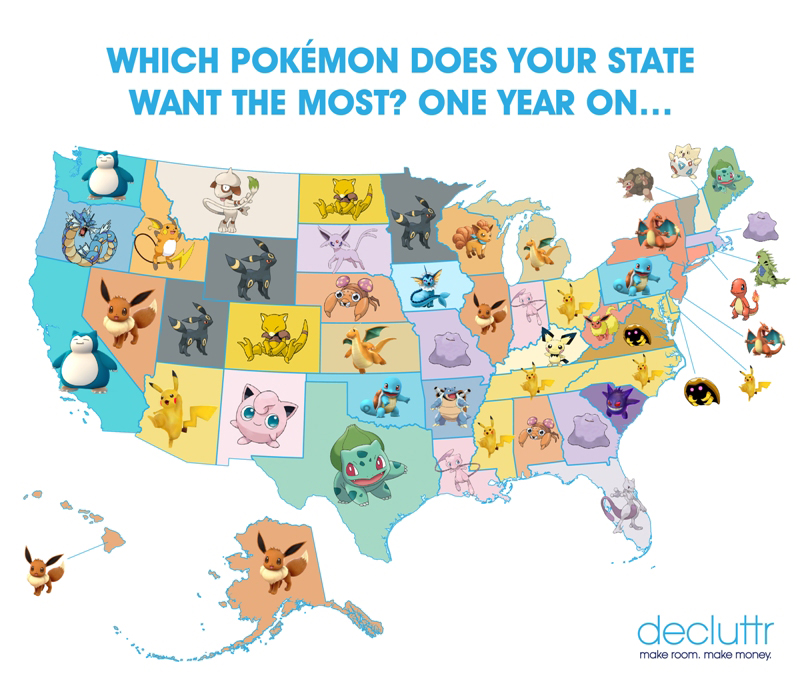 Here in California, everyone wants to nab their very own Snorlax. As someone who still hasn't caught a Snorlax of my own, there's a good chance I was part of the search data for this map.

According to Decluttr, Pikachu has been the most searched-for Pokémon in the country for two years in a row. Eevee comes in at a close second.

Since last year, newly introduced Pokémon have become popular in a few states. Utah, Wyoming and Minnesota are looking for Umbreon, Montana is seeking Smeargles, South Dakota would like to get their hands on Espeon, New Hampshire wants Togepi and Rhode Island is going after the mighty Tyranitar.

This map is doing a great job at reminding me how many Pokémon my Pokédex is still lacking. Guess it's time to get back to my Pokémon Go Raid Battles.