The Most Underrated Disney Couples, Ranked

Over the years, Disney has provided us with a variety of partnerships that are the epitome of relationship goals.

While most people think of the typical prince/princess combo when it comes to Disney power couples, there have been a handful of other duos that outrank the royal relationships. Yeah, we said it. And we'll put our money where our where our mouth is, too.

Keep scrolling for our ranking of the most underrated Disney couples around!

A Goofy Movie is one of the greatest Disney flicks of all time, but often overlooked by everyone out there. One of our favorite parts about it is watching the relationship between Roxanne and Max blossom. It's one of the most realistic partnerships out there, mainly because these two are as awkward as can be around one another. They both really like each other, but are fairly shy and timid about their feelings. Everything about their relationship is so sweet and endearing, you can't help but root for them. We need an update on where they are now stat, Disney. 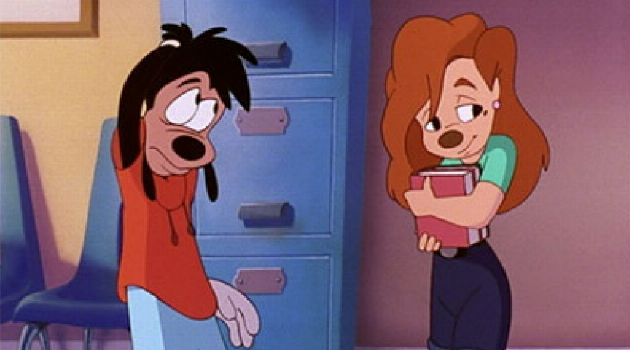 We couldn't craft this list without including The Lion King's Nala and Simba. We know they're an animal couple, but they still count. They went from being childhood friends to ruling the Pride Lands together. What we love most is that they were able to grow into who they are apart from one another, yet they still found their way back to each other in the end. If that isn't true love, we don't know what is. 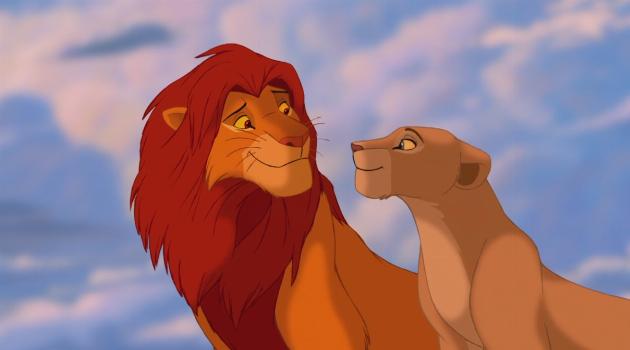 Yes, we added another animal couple to this list. Why? Because Perdita and Pongo are straight up goals in 101 Dalmatians. First off, they somehow managed to take care of a ton of puppies. And even though they are stolen, the duo does everything in their power to find their pups and bring them all back safely. If they were humans, we'd very much appreciate it if the two of them could adopt us. Who are we kidding? Having dogs for parents would be way cooler. 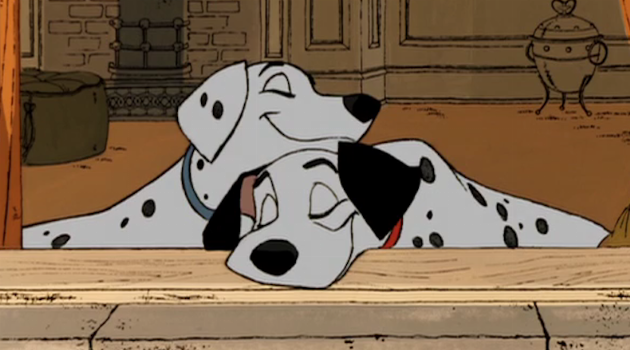 The most romantic Disney couple obviously goes to Lady Marian and Robin Hood. These two foxy foxes were childhood sweethearts who rekindled their romance years later. We've never seen a love more beautiful than theirs. The only reason they don't rank higher on this list is because they set our relationship expectations way too high. Seriously, how are we meant to compete with that? 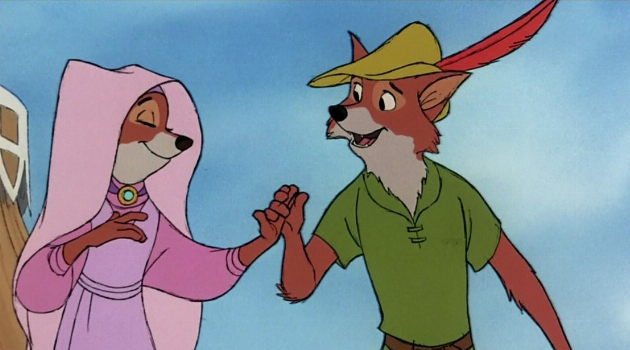 7. Miss Bianca and Bernard (The Rescuers)

Yet another animal couple to grace this list, because they are just as important as all the other Disney relationships out there. Fearful and nervous Bernard found his match in the sophisticated and adventurous Miss Bianca in The Rescuers. She brought him out of his shell and taught him that no matter how small you are, you can make a difference. They were just the sweetest pair, and watching Bernard win over Miss Bianca brought all the happy tears to our eyes. We're still rooting for 'em! 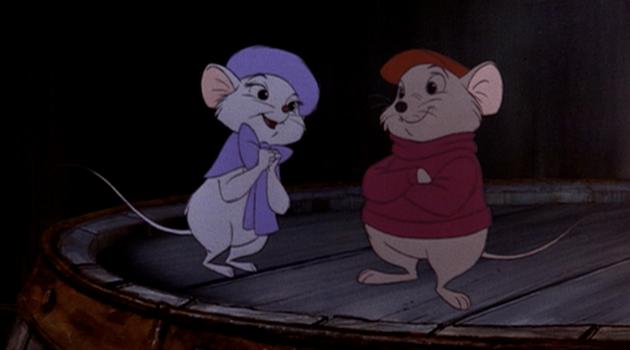 (The Rescuers via Buena Vista Distribution)

6. Esmeralda and Phoebus (The Hunchback of Notre Dame)

On looks alone, Esmeralda and Phoebus from The Hunchback of Notre Dame were one smoking hot couple. They give all the Disney prince and princess pairings a serious run for their money with the power of their good looks. Both strong and independent individuals, they inspire one another to continually do what's right and make their voices heard. Because they dare to challenge each other, they continue to grow and learn together. We've said it before and we'll say it again, that's what a relationship is all about. 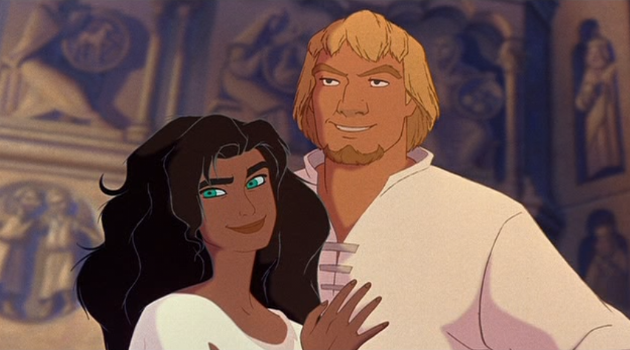 (The Hunchback of Notre Dame via Buena Vista Pictures)

Most people consider Minnie and Mickey the Disney couple, but for us, that honor goes to Daisy and Donald. In our eyes, these ducks are clearly superior to the mice. Minnie and Mickey were just too exemplary, where as Daisy and Donald were a little bit rough around the edges, making their relationship that much more fun and exciting. They weren't perfect, nor did they claim to be, and we love them for it. 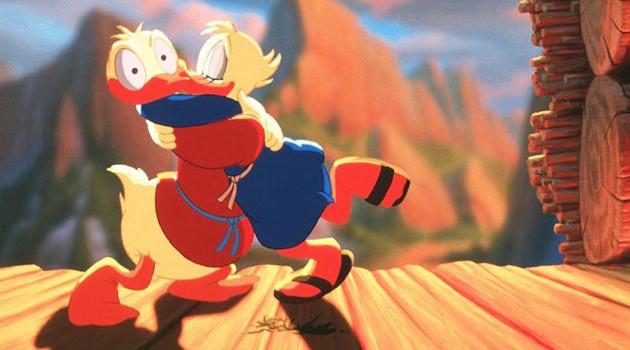 Chicha and Pacha are quite arguably the coolest Disney parents around, and undeniably adorable to boot. While Chicha is a stay-at-home mom, she's incredibly feisty and isn't afraid to stick up for her or her family. Because of this, she pushes Pacha to do the very same. Without her telling Pacha to speak his mind, The Emperor's New Groove wouldn't be the movie it is today. Other than that, they're two kind, caring and nurturing individuals who've built this incredibly solid relationship over time. Nothing can tear them apart and we truly admire them for that. 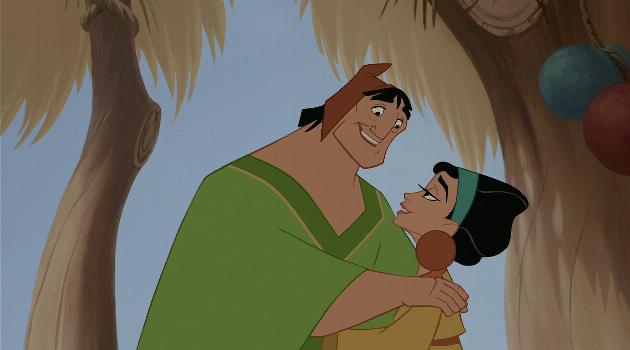 Though Kida is technically a Disney princess, more often than not, she's seldom ever brought up when talking about the more iconic leading ladies. It really is such a shame, because she is as kick-butt as Disney heroines get. Her relationship with Milo in Atlantis: The Lost Empire is so pure and wholesome. The two learn a lot from each other during their time together, causing a beautiful relationship to grow and eventually flourish. 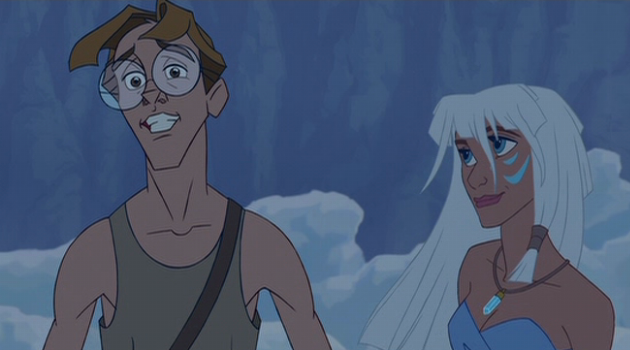 2. Tiana and Naveen (The Princess and the Frog)

While most of the couples on this list aren't your typical prince and princess duos, Tiana and Naveen from The Princess and the Frog are severely underrated, as far as royal relationships go. These two almost shouldn't have ended up together, based on how vastly different they are, but they're a positive reminder that opposites really do attract. Not only that, they reiterate the importance of relationships being all about teamwork. They had to seriously rely on one another to get out of their slippery situation, and they did. It wasn't always perfect, but they did their very best to make it happen. And look at these two lovebirds now. 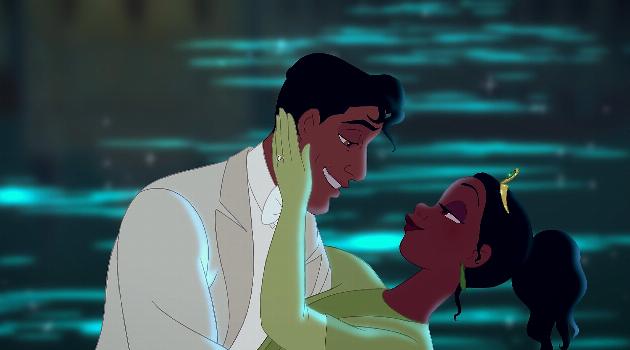 As far as underrated couples go, Nani and David clearly take the cake. Though their relationship wasn't all that "official" in Lilo & Stitch, love was in the air all throughout the film. Part of the reason they are seldom ever mentioned when the topic of iconic Disney couples comes up is because they didn't have a whirlwind romance like the princesses do. Theirs was way more realistic than the likes of Cinderella and Snow White. Nani was left to take care of her sister Lilo after their parents passed away and David was always there to help her out any way he could without Nani ever having to ask him to do so. What they shared was an unbreakable bond that we believe lasted for years to come. We wholeheartedly believe they're still together, living their very best lives in Hawaii. 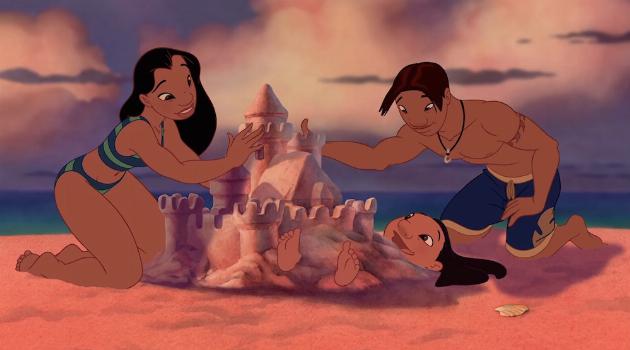 While we love to obsess over our fave Disney couples, not all of them have what it takes to go all the way. Wondering who does and who doesn't? Head over HERE to see our definitive ranking of Disney couples, based on whether or not they'd last IRL.