What You Should Know About TikTok Sensation Luca Schaefer-Charlton, AKA MostlyLuca

Luca Schaefer-Charlton, perhaps best known by his TikTok handle MostlyLuca, is one of the platform's fastest-growing stars. You only have to glance at his videos to see why.

Luca, who often makes hilarious videos alongside his best friends, knows all of the ingredients for making a captivating TikTok. His lip-sync and dance videos consistently reel in hundreds of thousands of views, and once you watch one, it's hard not to view the rest.

Want to know what makes the star tick? Read our interview with the star below for insights, straight from Luca's mouth. 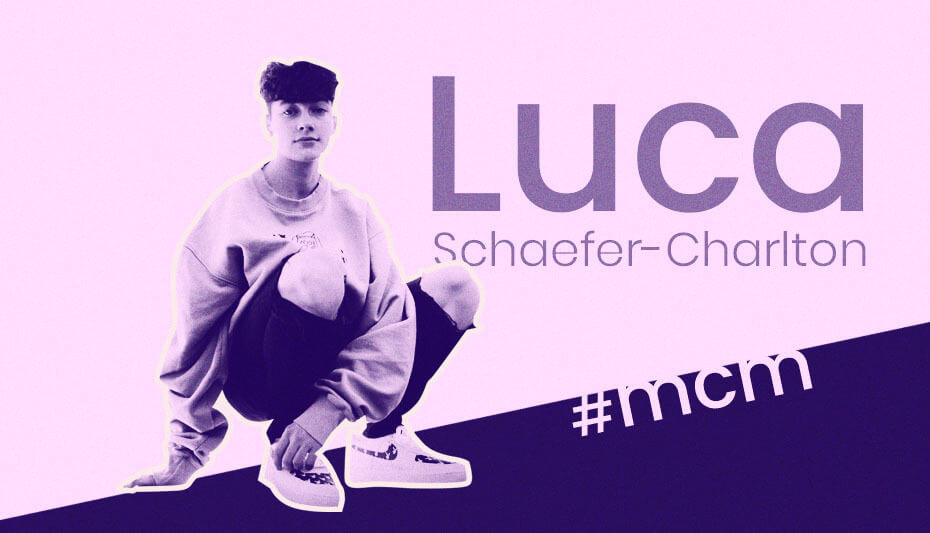 1. Luca would pick Marvel over DC any day.

2. He's an avid collector of all things Pokémon.

"It's no secret that I've been the biggest Pokémon fan for at least 10 years. Anything Pokémon! Truly! Hey, you can never have enough cards. I'm always searching for rare items."

3. He says his weirdest habit is constantly checking whether the lights are turned off.

"I've been obsessed with watching anime for about six months."

6. He jokingly says he relates to Randall from Monsters Inc., and maybe the hyenas from The Lion King.

"I obviously spend too much time playing them."

"I love plain and simple food. No sauces other than ketchup, and keep it basic. I am a pretty cheap date. Even in nice restaurants, I look for chicken strips on the menu. Nothing fancy."

9. Luca says he doesn't really have any favorite TikTok creators, and his tastes on the app are constantly changing.

"I like content that makes me laugh and keeps my attention. I watch my friends and people I know. Especially since COVID began, because we don't get to collaborate as much as before. So I stay connected by watching their content."

10. It's important to Luca to be authentic.

"I've always been myself, and honest. I'm honest with my supporters and don't try to pretend to be something I'm not. I'm committed to what I do and try to stay original."

Trying to grow your own TikTok? Click HERE for our favorite easy-to-learn TikTok dances.