Excited about what the New Year will bring?

Well, just in January alone, we have some exciting and thrilling movies and TV shows that seem like the perfect way to kick things off. From new  springs on classics to new original releases, January has them all.

If you're a Harry Potter stan who grew up reading and/or watching the beloved series, you have the perfect excuse to spend a day in front of the TV this month. On Jan 1., HBO Max aired the perfect nostalgic New Year's premiere we'd all been waiting for. This 20th anniversary spectacular gave us new insights into how actors within the films grew up knowing they were a part of such a whimsical and impactful series. This reunion special includes interviews with all your favorite characters and pays respects to those who have passed since the first film was released back in 2001—and now that it's out, you can catch it any time you please on HBO Max. 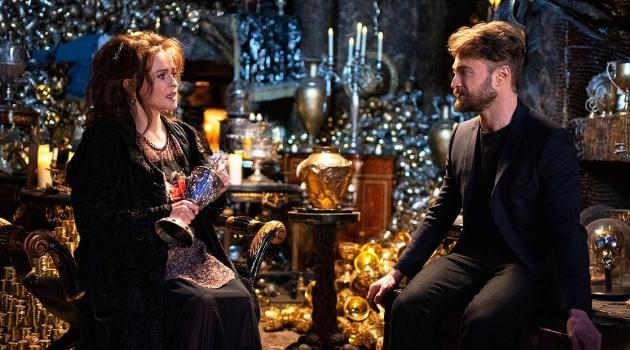 This action-packed film The 355 will have you on the edge of your seat. When a top-secret weapon falls into the wrong hands, a group of agents join forces to retrieve it, amidst much danger. While they try to retrieve it, they must be wary of a mystery woman who is tracking their every move. We have no doubts that these girl bosses will not let us down. 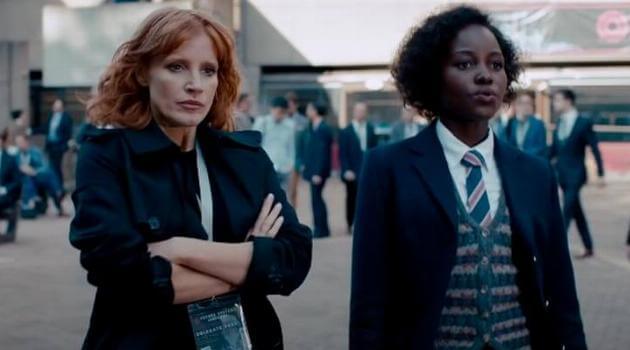 (The 355 via Universal Pictures)

If social media is your thing, you must keep up with the latest of the Hype House drama. This group's rise to fame is unlike anything we've ever seen before. To follow their stories, make sure to hop on Netflix Jan. 7 to hear from each of the members within the content house. 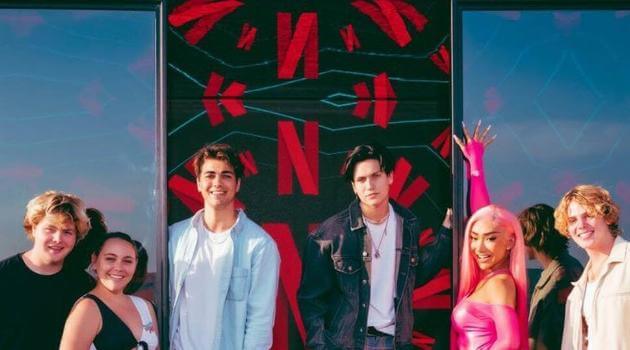 If you loved to hate Peacemaker in last year's The Suicide Squad, do not miss his new spinoff series on HBO Max. The series follows John Cena as the titular DC Comics antihero Peacemaker, who's willing to do anything to bring peace to the world—and that includes enacting as much violence as is needed. 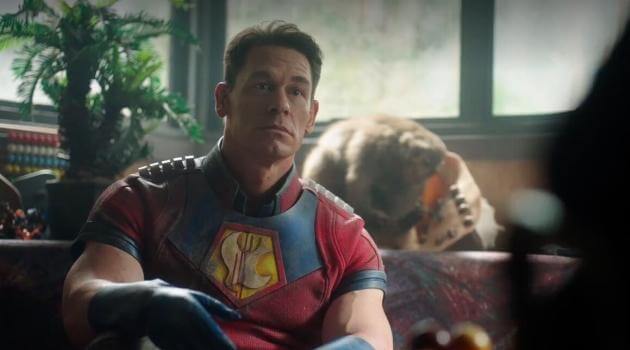 If you are a fan of the classic Scream movies, you're in for a treat, because the story hasn't ended just yet. 25 years after the original series of murders in Woodsboro, a new killer emerges, and it's up to Neve Campbell's Sidney Prescott to return and uncover the truth. We can't wait to see what Prescott discovers and to return to the nostalgic presence of the iconic all-black robe and horrific white mask. 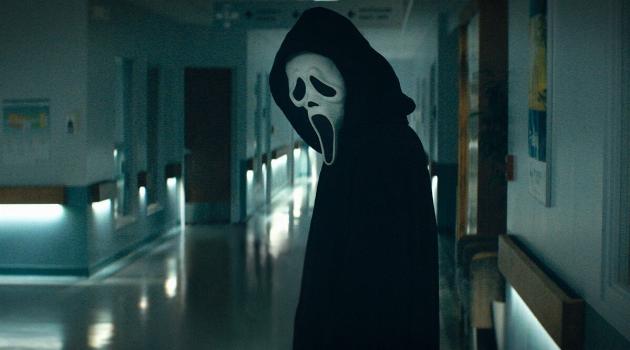 In Hotel Transylvania: Transformania, when a mysterious invention goes wrong, Drac and his monster friends are all transformed into humans. In order to stop the mayhem, they must race across the world to find a cure before it's too late. Get ready to buckle up with Drac and his crazy friends for an amazing animated adventure. 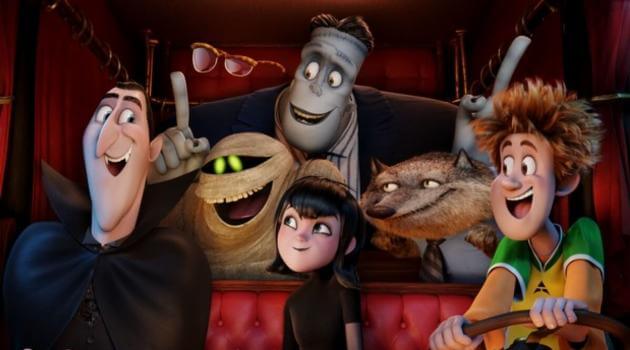 How I Met Your Mother? No, not quite. If you thought we had it all confused, it turns out there's a spin-off produced by Hillary Duff coming out in January called How I Met Your Father. This upcoming sitcom has a stacked cast and will surely provide a newer and more modern twist on the classic How I Met Your Mother formula. We cannot wait to see what this show is all about. 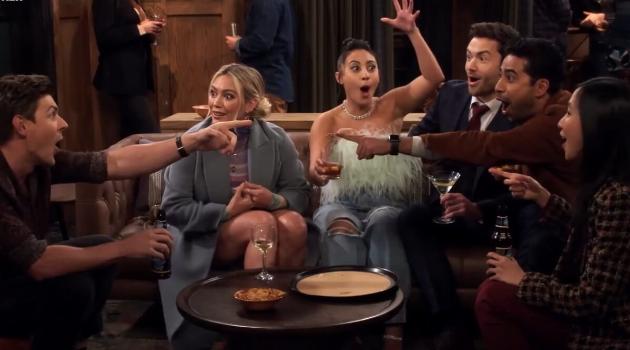 (How I Met Your Father via Hulu)

If you are into historical pieces, The Gilded Age is a late 19th-century tale about fortune and losses, among much other drama. It begins with a young woman who moves from rural Pennsylvania to New York City after losing her father. Amongst the many other characters that trickle into her life, this series will follow her wild adventure to seek a fresh start. 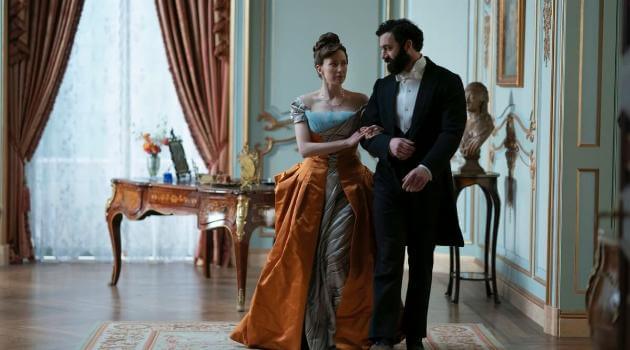 (The Gilded Age via HBO Max)

If you are into mysteries with plenty of laughs thrown in, The Afterparty will be the series for you. This story is told from several characters' perspectives. Each of the characters, of course, have their own biased ideas about what actually occurred. Who will solve this murder mystery? We cannot wait to find out on Jan. 24. 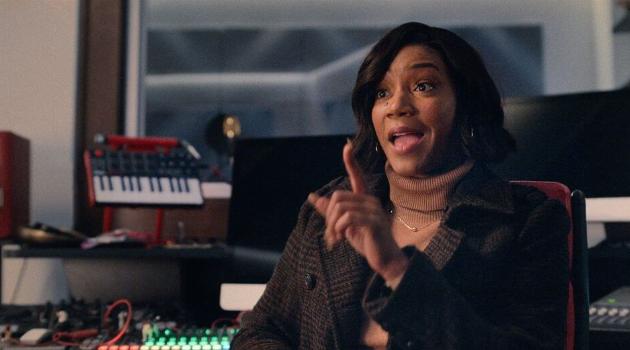 (The Afterparty via Apple TV)

10. The Woman in the House Across the Street From the Girl in the Window (Jan. 28)

When a handsome neighbor moves in across the street, Anna begins to notice that life isn't so heartbreaking after all. However, after witnessing a gruesome murder, she may still find herself a little heartbroken after all. But what she saw really the truth? We guess there's only one way to find out—and we all will when it releases on Netflix on Jan. 28. 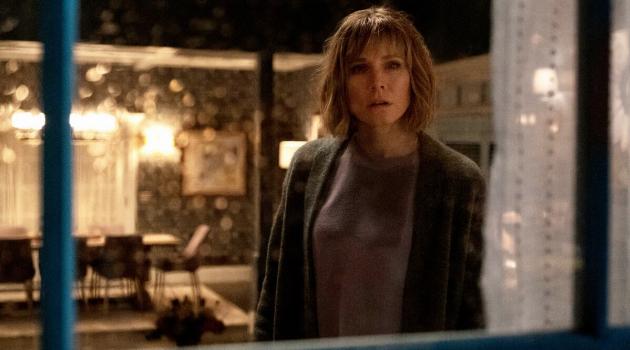 Can't get enough of new series and flicks? Click HERE to explore new recommendations on your phone.