7 Movies to Watch If You Love The Princess Switch

Though we'll never tire of watching Netflix's The Princess Switch, sometimes it's good to switch up the royal (or royal adjacent) rom-coms.

If you've watched this soon-to-be classic so many times you're reciting lines in your sleep, maybe it's time to give another movie a try. Keep scrolling for a list of films that'll satisfy all your royal romance needs!

This movie has holiday cheer and blue-blooded royals, so if you liked The Princess Switch, chances are you'll enjoy this flick as well. While there's no elaborate switch that takes place, A Christmas Prince does feature a journalist named Amber going undercover to learn more about a fictional country's reluctant prince, so there is a level of secrecy involved. The sweet love story is just the cherry on top of a truly adorable movie.

Yes, like The Princess Switch, this classic flick has the word "princess" in the title, but the similarities don't stop there. For starters, The Princess Diaries is a movie about a young girl who finds out she's the heir to a fictional land— Genovia—which sounds an awful lot like Belgravia, the make-believe kingdom in The Princess Switch. The Netflix film also features a montage of princess lessons for Stacy De Novo, not unlike the training Mia Thermopolis had to endure at the hands of her grandmother, Queen Clarisse. If you're looking for another fish out of water princess story with a sweet ending, this Disney classic is one of the best bets. 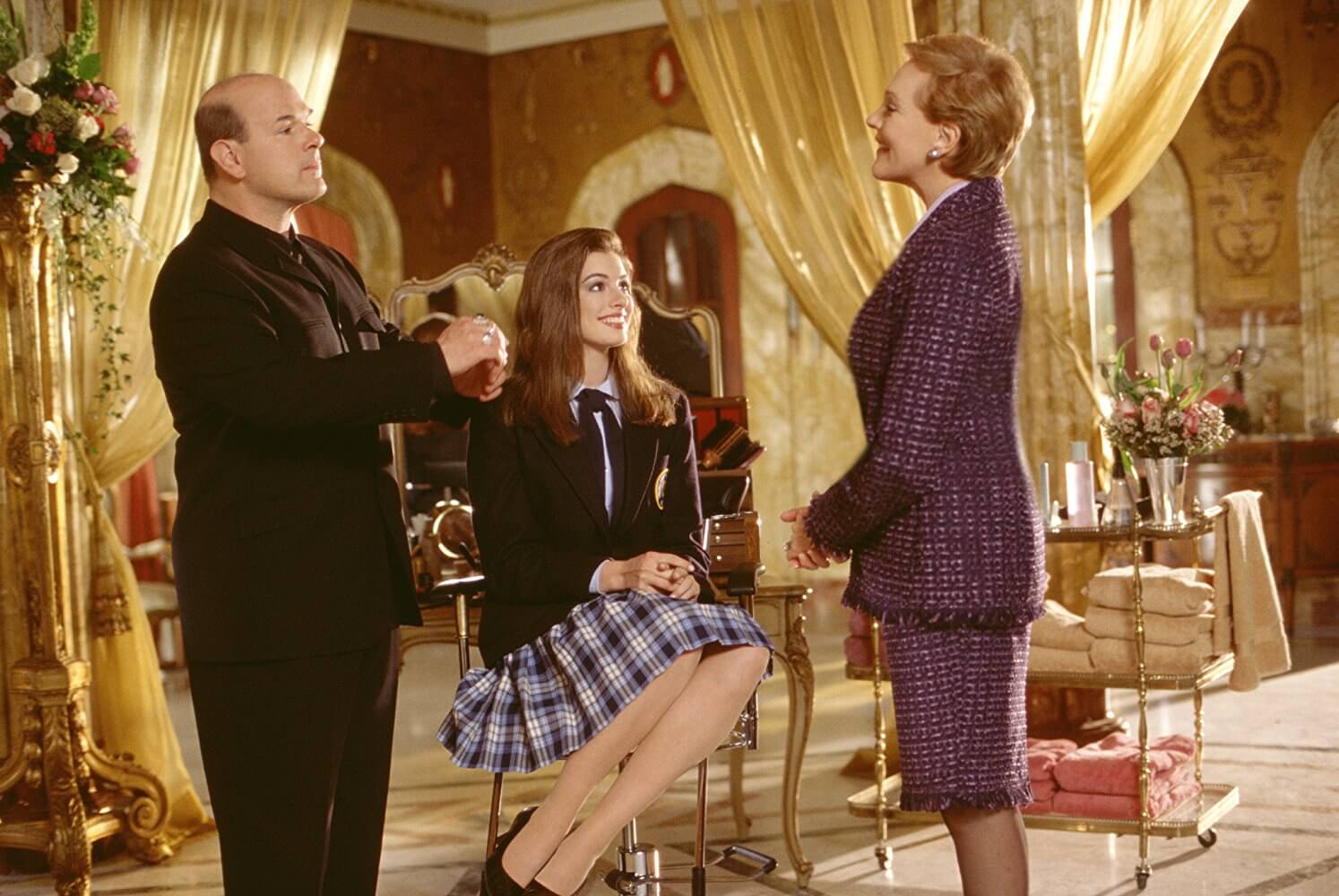 If you want to branch out of the teen comedy/romance genre but still want to feel like you're watching a sweet movie about two people from opposite worlds, Notting Hill should be on your list of must-see flicks. The Julia Roberts classic, in which the mega-star basically portrays a version of herself, is about a big time Hollywood actress who falls for a travel bookshop owner in Notting Hill, England. In addition to being set across the pond (hello, accents) this sweet rom-com, like The Princess Switch, features an unlikely romance you won't be able to get enough of.

Granted, there's no royalty in this 1998 remake starring a young Lindsay Lohan playing dual roles, much like Vanessa Hudgens did in The Princess Switch, but few films handle the whole "switch" aspect better than this one. In fact, as a nod to The Parent Trap, The Princess Switch contains several references to its predecessor, including but not limited to the secret handshake Stacy and Olivia share, and the scene in which Stacy and Margaret learned to talk like one another.

According to The Princess Switch star Vanessa Hudgens, The Parent Trap was very much on her mind as she was making her film. "I've seen that movie so many times," she told People of the 1998 classic. "My sister and I used to act out the scenes from the movie. It's still such a go-to of mine. If I still love it, hopefully, this will be a classic for my fans and that they'll still watch it."

So take it from Vanessa herself, The Princess Switch and The Parent Trap have plenty in common! 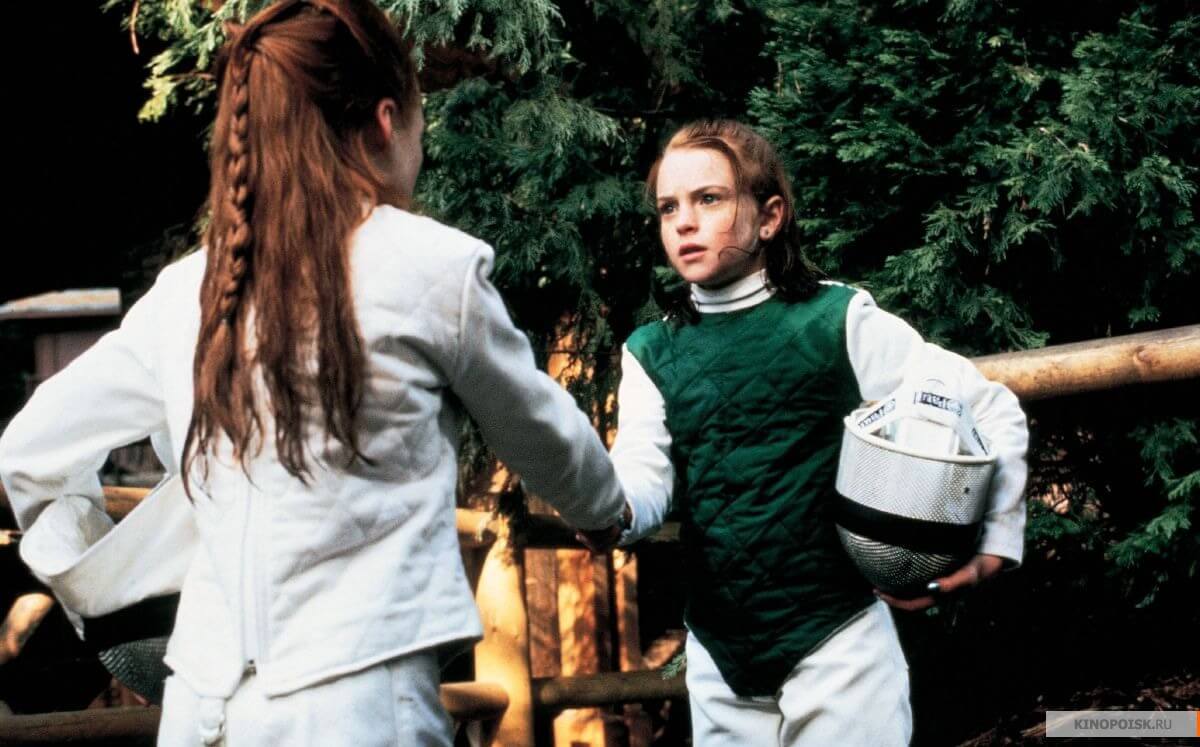 Although everyone in this 2006 film knows they've switched lives—the premise of the film is two women troubled with guy-problems swapping homes in each other's countries—that doesn't make it any less entertaining to watch. For starters, like The Princess Switch, this movie is set around the holidays, and it also boasts its fair share of unlikely romances and funny moments. If you're in the market for another feel-good festive film, grab a bowl of popcorn and watch The Holiday.

What a Girl Wants

Another great example of a fish out of water tale is this 2003 comedy starring Amanda Bynes. Though Amanda's character, Daphne, isn't royalty per se, she does jet off to London to find her long-lost dad, who just so happens to be a Lord. What's more? Since the British aren't used to Daphne's laid-back ways, she's forced to hide her true personality and conform, not unlike Lady Margaret in The Princess Switch. Like the Netflix film, this one also features two sweet love stories, though these tales come with their own twists and turns. Give this flick a try if you're in the mood for an entertaining teen comedy with heart. 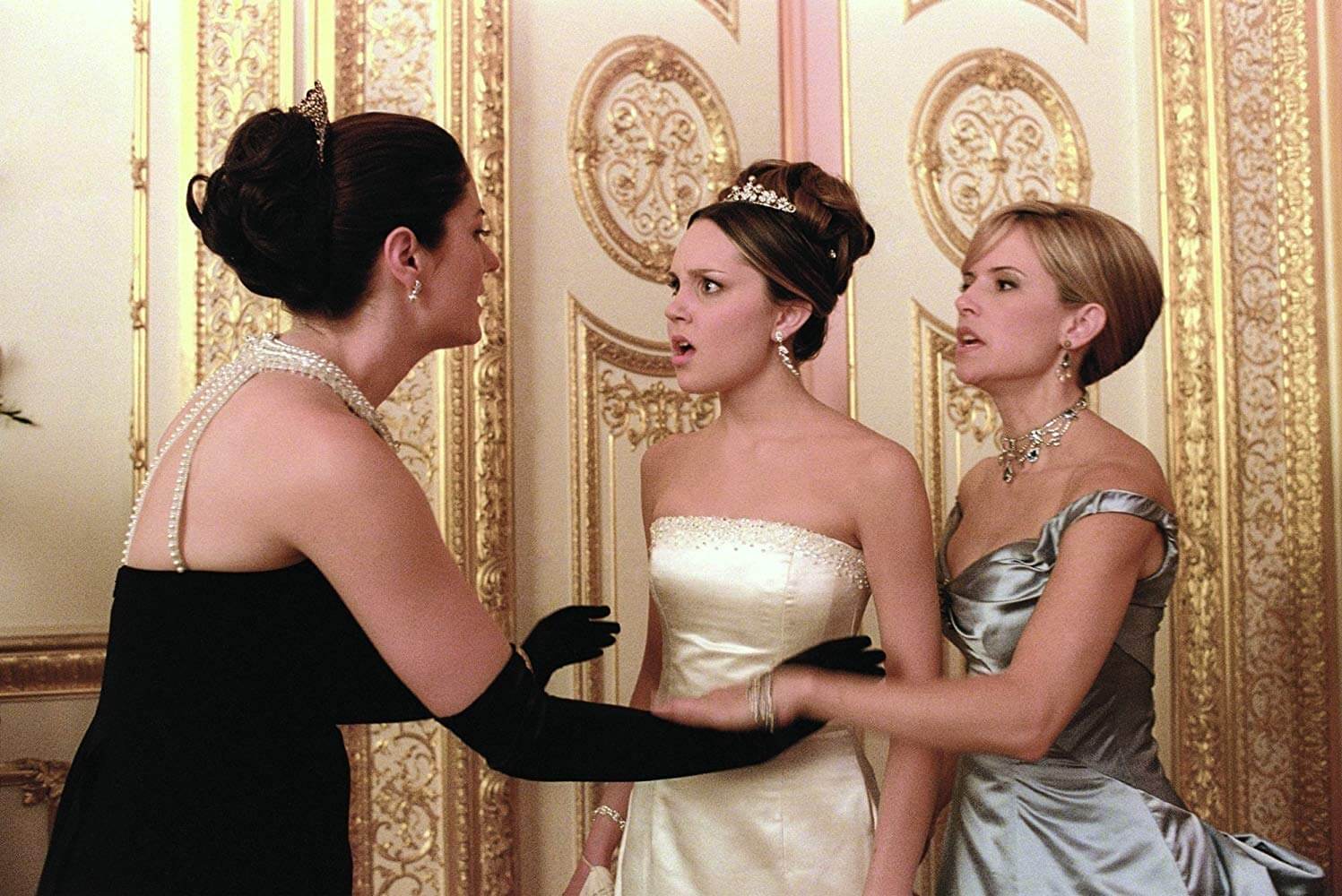 (What a Girl Wants via Warner Bros.)

While The Parent Trap may be the OG "switch" flick of the '90s, She's the Man, which came out in 2006 used that device pretty well, too. The movie centers on a young girl named Viola who just wants to play soccer after her school team gets cut, which means she must enroll at her twin brother's elite boarding school and take his place on the boy's team in order to get some time on the field. Viola (who is also played by Amanda Bynes) spends the majority of the film either trying to fit in with the guys or switching between being herself or pretending to be her brother. If you're looking for a movie with some pretty hilarious switch-related gags, give this one a try.

For more holiday content, click HERE to see the eight most Insta-worthy gingerbread house displays in the United States!