It's safe to say the MTV Movie and TV Awards is the place to debut a bold, crazy beauty trend.

After all, this is the red carpet where just about anything goes! Be it a slicked back 'do or an unexpected lip shade, celebrities pushed the limits when it came to hair and makeup at last night's show.

Below, check out the nine wildest looks from the 2017 MTV Movie Awards! 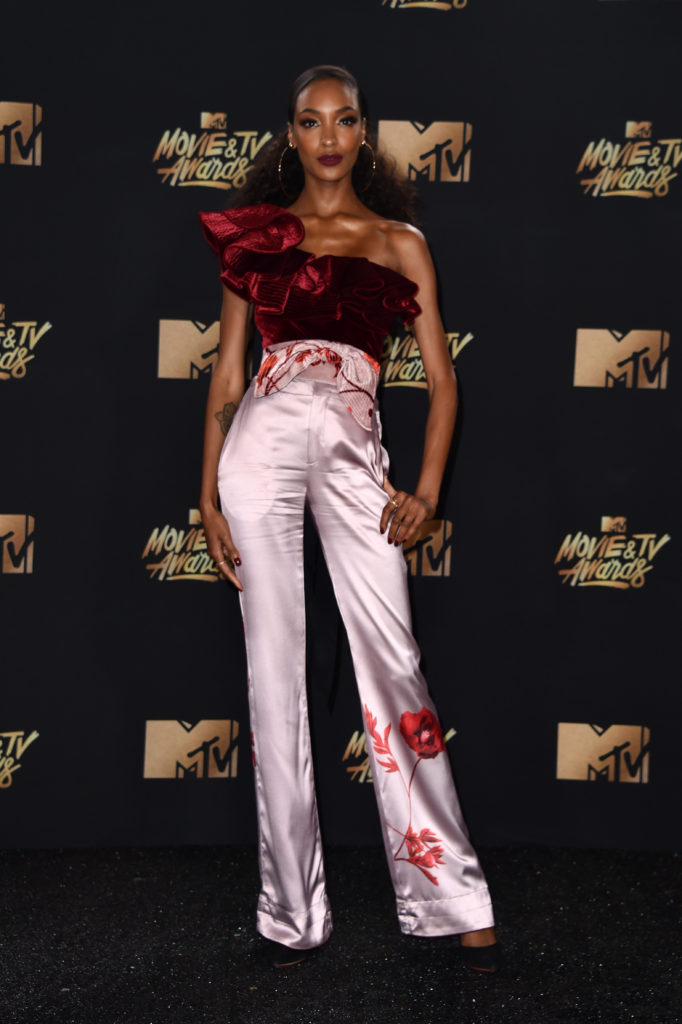 Cara Delevingne has been making headlines thanks to her recently shaved head that she sported at the 2017 Met Gala. She went for the big chop for a new role, and is totally embracing her freshly buzzed 'do. Cara showed off a silver head tattoo on the red carpet that added an edgy touch to her vampy makeup and ornate LBD.

Clearly buzz cuts are in! Amandla also rocked a super short cut, and paired the look with equally daring lips. It's not everyday you see someone rocking an electric blue lip, and we're totally into it!

Stranger Things' Millie Bobby Brown is easily one of the freshest faces in fashion RN. Case in point, she went super sleek and chic with slicked back hair that was the perfect complement to her all-white outfit.

The Insecure actress was anything but insecure about her bold choice of eye makeup! Blue's the hue when it comes to beauty this season, and we're digging her royal blue lids.

Why wear one lip shade when you can rock two? Tracee Ellis Ross went for pretty two-toned lips that were striking yet subtle. We'd totally try out this ombre lip look!

Perhaps it's just us, but we're still not over Allison's mega mane transformation! She recently dyed her hair blonde for a photoshoot, and we're happy to report that she's still rocking her Cali girl blonde waves.

Taking black liner to a whole new level! Why opt for a thin cat eye when you can deliver major drama with a Black Swan-inspired eye a la Alexandra?

While we're talking about beauty trends–sure, short buzz cuts seems to be all the red carpet rage, but HERE is why we think long hair is making a comeback!