Desperately Want to Attend the VMA? This Free Service Can Help

The MTV Video Music Awards are coming up on Aug. 27, which means we're getting ready to throw viewing parties, root for our fave artists and tune in as Katy Perry hosts this year's show at the Forum.

But have you ever noticed while watching the annual show from your couch that there seem to be screaming fans lining the red carpet and in the pit of the audience?

How does a fan get this exclusive VIP access? Sweety High spoke to Rob Crawford and Ben Biscotti, the founders of 1iota, a company dedicated to setting fans up with free tickets to their favorite events and viewing experiences.

We got a behind-the-scenes look at everything you need to know about attending the VMA and more. Scroll below to make this dream come true:

So, what exactly is 1itoa, and how can you use it to be a lucky member of the VMA audience? 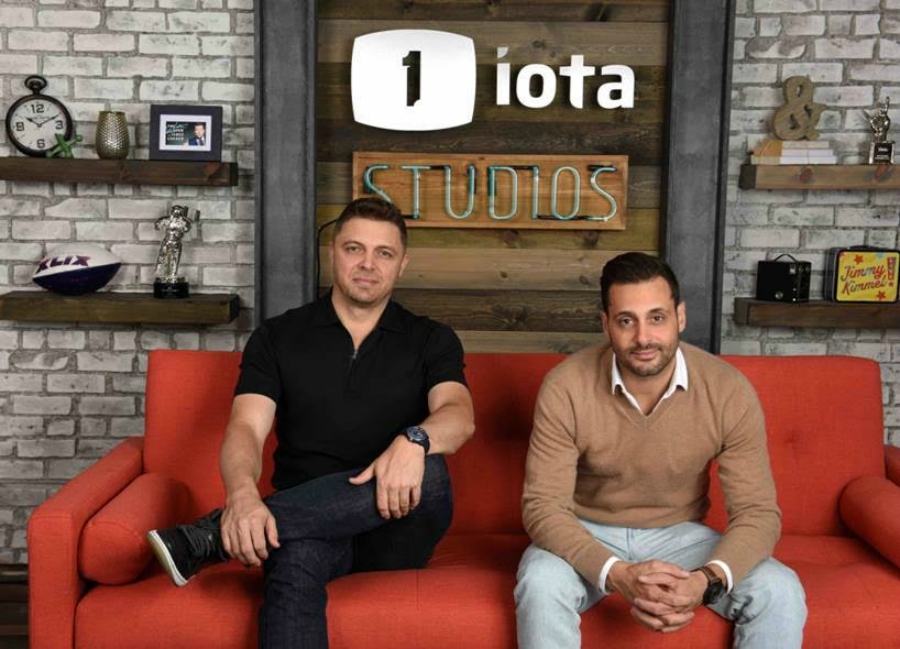 We were specifically interested in the VMA, as they are approaching, but you can use this site to search any events that spark your interest.

They went on to explain their original mission for connecting fans with the events they love.

"If you really boil it down, our goal is to give fans the best opportunity to experience, to have fun," Ben says. "And those experiences are free. So as a community, if we focus on making sure our fans are having fun, I think we're in a pretty cool place."

Did the mention of free tickets have a nice ring to it? There are absolutely no strings attached. Well, maybe just one.

"Signing up is free, the tickets are free; I mean, you know you might end up on the floor of the VMA and it's completely free," Rob says. "The tradeoff, all that we're asking for, is your energy, your enthusiasm—and for that, you get a free ticket, so it's a pretty good deal," says Rob.

Getting Your Hands On Tickets

While the tickets may be free, there's no guarantee that you can snag them.

Once you sign up, you're able to request tickets for whatever event you want to attend. In the case of something like the VMA, a little persistence certainly wouldn't hurt your chances of being selected.

"Every 1iota member that requests a ticket has a chance to be selected, and for the big events like the VMA, we often include a social lottery," Rob says. "We're doing that again this year, so the way that works is the social ticket lotteries are something that gives fans the chance to complete various social tasks. For each social task completed, you receive additional lottery entries to increase your chance of being selected. Think about it like a real lottery. The more tickets you get, the better your chances are of winning."

Shout Your Fandom From the Rooftops

In addition to the lottery, which is selected at random, you're able to make your ticket request count for more by expressing your No. 1 fan status.

The founders gave us tips on bettering your chances of being a selected audience member.

"The best way for us to understand if a fan is a true super fan of an artist is by the fan leaving a comment during their request, telling us why they're a super fan, why they're the most die hard fan of that performing artist," Ben says. "Tell us if there is a great story that tethers you to that artist or the VMAs in general." 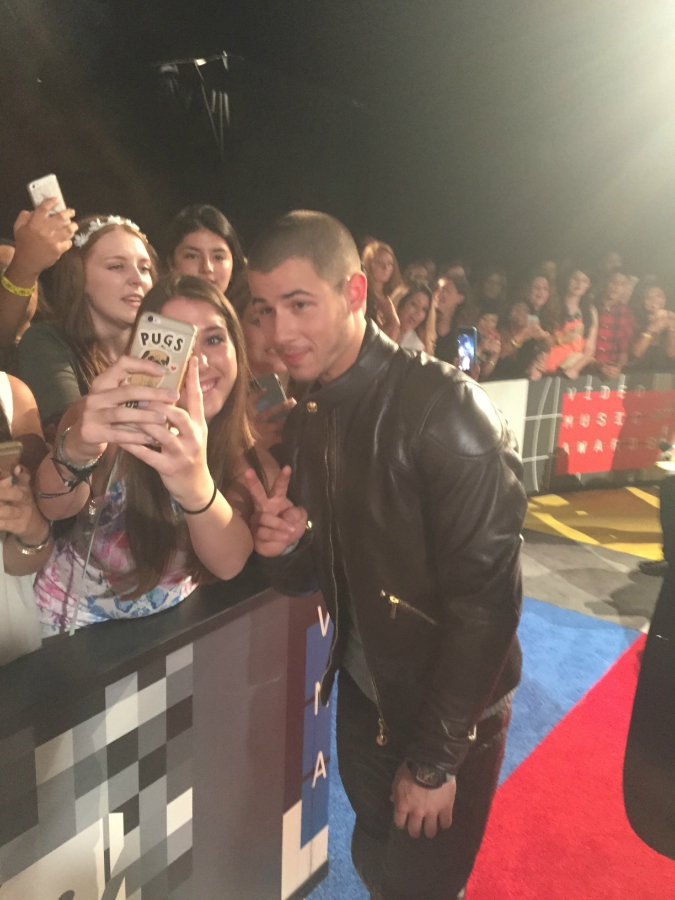 He adds: "We love when people include other photos from their past. It's all about displaying your fandom and it gives you a better opportunity to get noticed for other elements if you don't win the lottery. It's really fun to see that."

As a "Pre-Show" guest, you get to hang on the red carpet while celebs arrive and interact with fans. The 1iota founders tell us that this is an extra special part of the night because it marks the beginning for everyone involved: fans, audiences and artists.

"Approximately 1,000 fans this year will have the opportunity to stand in various areas all around the red carpet," Rob says. "And the cool thing about that is they encourage phone use to help spread the word about the show and the celebs who are walking that red carpet. It's a cool experience for those fans. They're feet away from this spectacle and it's all about being social and documenting the experience and telling their friends and sharing the word." 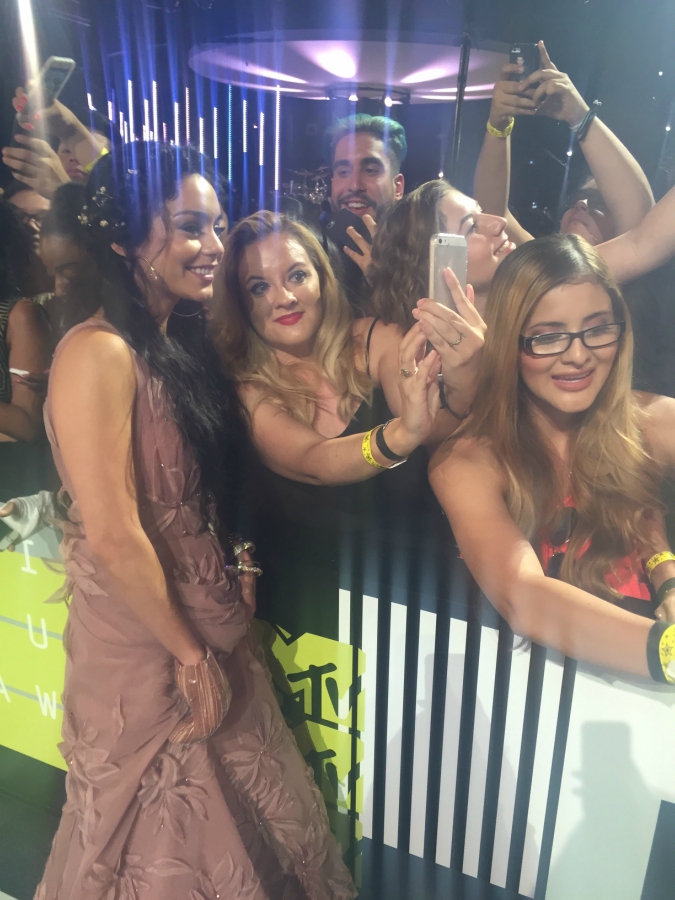 Ben adds, "It's the first experience that the artists and celebrities are going to get for the day. You know, they're getting dropped off by their limos at the top of the carpet and make their way down, so to be one of these lucky few thousand fans that get to be around the carpet, you're providing that great feel for those celebrities. They feed off the crowd and it's a great experience overall for both the artists and celebrities and the fans."

Becoming Part of the Show

We were interested in knowing what it's actually like to be an audience member at one of the biggest award shows of the year. Not only do you get to see your favorite artists live and experience the rush of the awards, but you as a fan and audience member actually become part of the show itself.

"If you've been watching these award shows over the past several years, they're growing in the ways that they use fans," Rob explains. "So the whole floor will be fans at the Forum, which is amazing. These folks are literally ground zero, co-mingled with production and set pieces moving in and out and performers walking through the crowd. Not saying it's as big as the Olympics but if you think of Opening Ceremony, that coordination, the folks are part of it. They're behind the scenes." 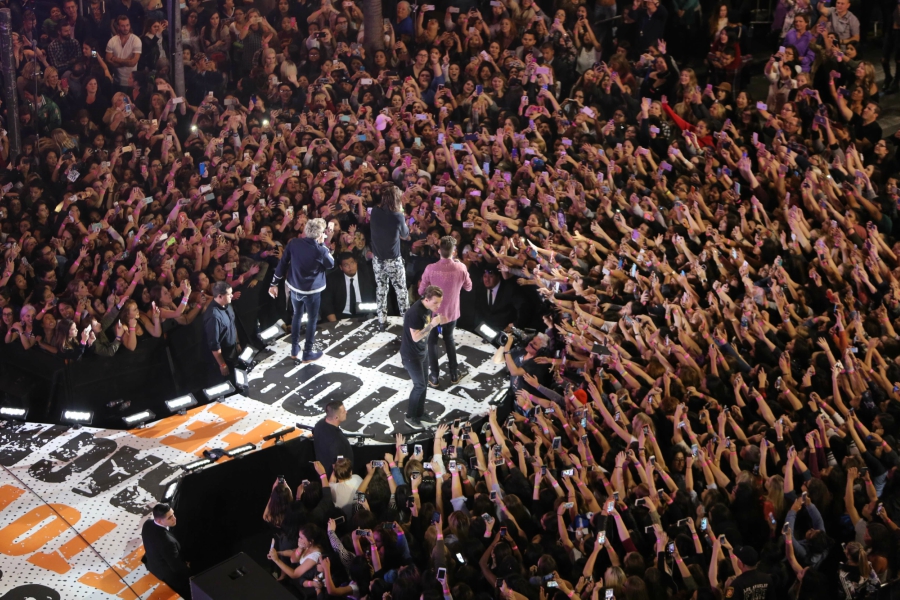 Ben also gave us a deeper understanding of how the audience is utilized.

"If you are one of these fans, you should feel special because you're really part of the show and set," he says.

According to Rob, this is what they call the VIP fan experience. He says, "You're closer to the artists than anybody else in the venue and you're kind of behind the scenes anyway because you're helping make the whole thing happen, so it's really a cool experience."

If you aren't able to nab some tickets to the 2017 VMA, don't feel like you've missed your chance to have a VIP experience. 1iota is continuously adding events and viewing opportunities to their site.

Nickelodeon, Disney and MTV events pop up from time to time. To stay up to speed on what events are coming your way, download the service's newly launched app.

Everyone has their favorite artist, but when it comes to pop, Kesha holds the hearts of many. Click HERE for 6 reasons why we admire Kesha more than any other pop star.