The first time I booted up Mulaka and played through its opening desert land, I have to admit I was a bit underwhelmed. 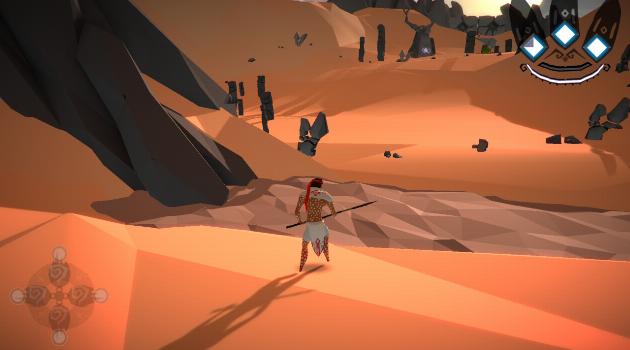 The game is based on the culture of the Tarahumara people who once lived in what is now the Chihuahua region of Mexico. It follows the titular Mulaka, a warrior who fights the forces of evil to prevent the end of his world as he knows it. In order to do so, he must become a powerful shaman with control over many kinds of magic. Though I found this story compelling, the world just didn't wow me.

I'm so glad I kept with Mulaka beyond this desert, because as soon as I left it, Mulaka transformed into a gem of a game. 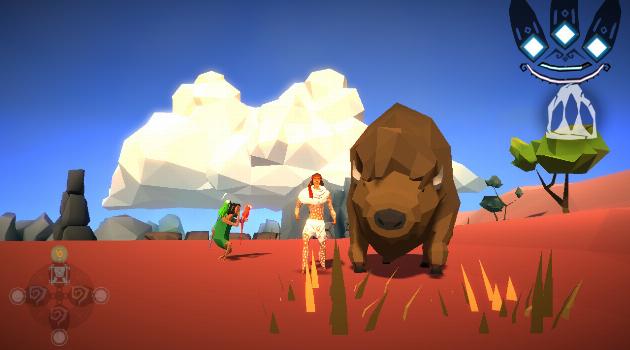 I was provided with a review code of Mulaka for the Nintendo Switch, and as I started exploring, I was curious to see what the game had to offer.

Mulaka begins the game with basic jump and dodge moves, plus the ability to swing his spear or toss it as a projectile. The first area is home to a lot of sand and scorpions and some pretty standard platforming. If you play Mulaka, don't be turned off by this first level. It gets so much better.

As you enter the second world, things change. Here, you enter a bustling pueblo city. It's vibrant and full of life, despite that it's being invaded by mantis-men hybrids. The gameplay also benefits from these changes as the story becomes more about the people.

From there, the world of Mulaka only gets more gorgeous as it continues. While the NPCs are mostly there to push you in the right direction, some of them are strangely charming and insightful. 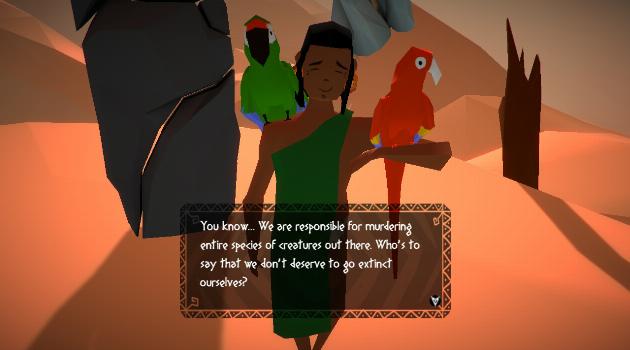 Mulaka also looks and sounds amazing. Though I found the opening desert area dull to look at and explore, later levels completely changed my mind with sprawling towns and lush natural environments rendered in a beautiful low-poly style. The soundtrack is atmospheric and feels evocative of the world it paints—particularly the rousing battle music. Mulaka's grunts and the sounds he makes when he picks up herbs do get a little repetitive and sound a little strange, but that's a minor gripe among all the good. There's also great narration in the Tarahumara language that plays between levels, setting the scene for what you're about to do. 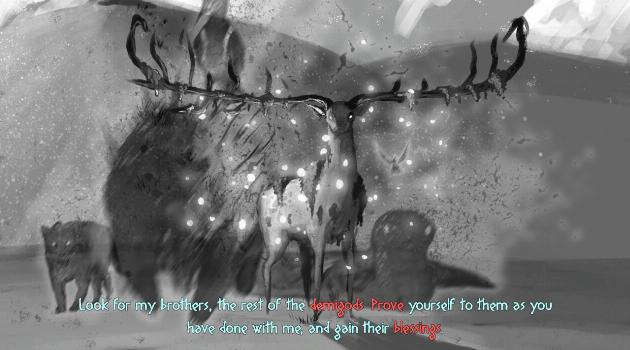 Mulaka is primarily a 3D platforming exploration game with a strong emphasis on fighting, though puzzle-solving does occasionally play a role as well. Most levels end in a large gate that can only be opened by finding three mythical stones hidden about the level, followed by an epic boss battle. 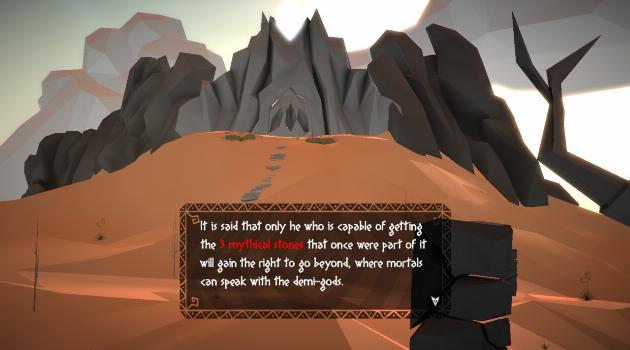 In order to find these stones, you'll want to turn on Mulaka's Sukurúame Vision. This magic ability points you in the direction of important goodies within the vicinity. It also reveals enemy health bars, makes collectible herbs grow and lets you see and communicate with certain spirits. 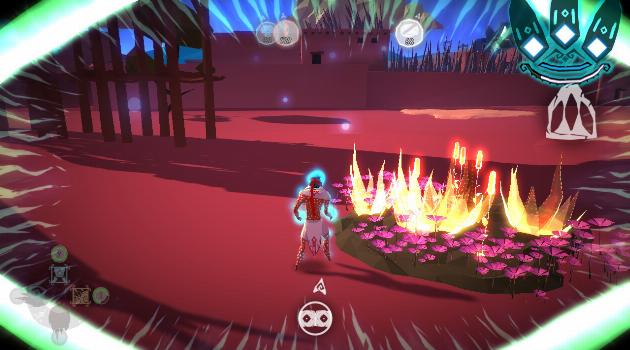 However, there are also hidden objectives that aren't marked on the map. Often, they're in hard-to-reach areas that require abilities you won't acquire until later in the game, revealing more about Mulaka's world. Collecting them is completely optional, but if you're a completionist, you'll want to get every one. 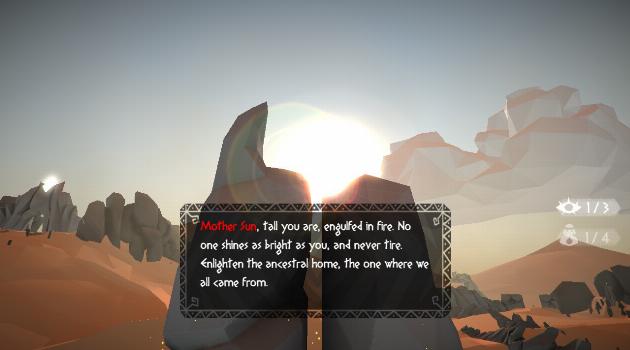 Visually, my favorite area was the last, taking place in a trippy, beautiful cavern in a spiritual realm. It's a shame the level wasn't more exploratory and was reserved for a boss rush—but I still loved it. 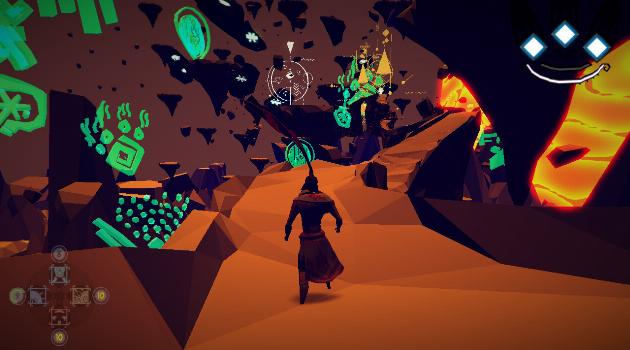 There were also unique snake puzzles involving revolving stones and flowing water that I really enjoyed. They weren't much of a challenge, but they were fun nonetheless and added some variety to the mostly combat-driven game. 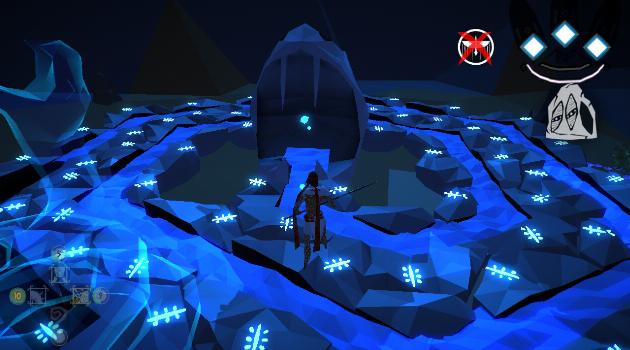 Mulaka's basic move set never changes, but as he explores, he becomes stronger through the magical abilities he obtains. For one, he can concoct plant-based potions with magical properties. Over time, he learns how to make potions to heal himself and create a protective temporary forcefield, as well as increase his strength. One potion is also an explosive meant for busting down walls. 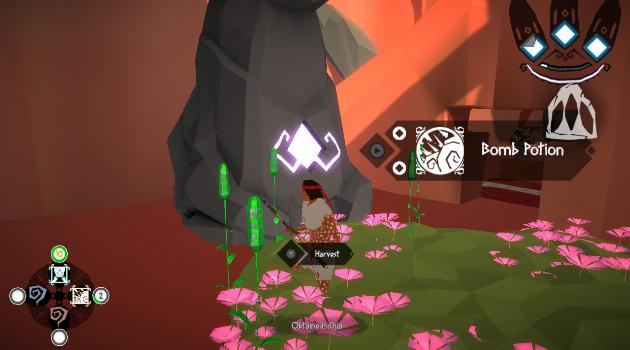 The herbs used in these remedies grow out of the ground and are abundant, but that doesn't always make the potions simple to use in combat. To use each potion, Mulaka has to do a ceremonial dance, leaving him vulnerable to enemy attacks in the meantime.

But my favorite abilities were the animal transformations that Mulaka gains after proving himself to the demigods. Mulaka can become a woodpecker to soar over worlds or get a little boost of height on his jumps. Of course, this drains his magic bar, so he can only fly for a short time unless he collects magic orbs during his flight. He can also become a bear with a powerful, rock-busting slash, and a puma that can scale certain cliffs or strike at enemies following a running dash. Plus, there's a river snake that can traverse water and freeze tangled vines. 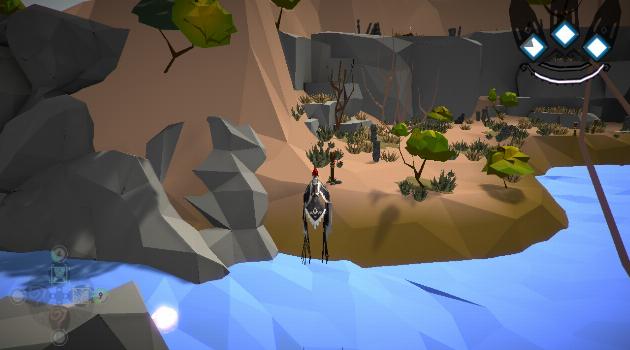 These animal abilities really open up the gameplay possibilities. Areas that once looked impossible to access become your new routes through the level. At times, it even felt that I was able to travel to areas that were never intended with the flying woodpecker ability, and that I was outsmarting the game somehow.

Occasionally, there were also areas where animal transformations were blocked. I wish this had been explained a little bit better, because the details around these areas are a bit murky. There were times when using transformations was the right solution, but I had to be just out of range of the blocking spell to use them, and I only succeeded through trial and error.

Fighting enemies is a core element of Mulaka. Occasionally, you'll see these big circular patches of land enclosed by a ring of tall stones.  Once you step inside of the circle, it transforms into a battle arena surrounded by a forcefield, and you can only leave once all of the enemies have been defeated. It's a great place to practice your fighting skills, and often you'll be rewarded with key items once you complete them. 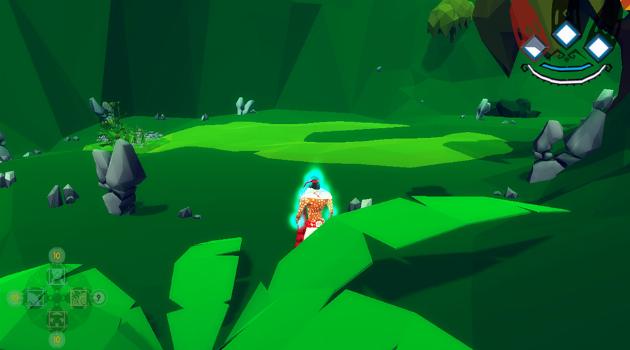 However, I discovered that in many circumstances, it's possible to walk around the circle of stones, bypassing the battles completely. While I believe they were supposed to be mandatory, making my way around them was a breeze.

Your mileage will vary when it comes to how much you enjoy the battle sections, but since they're the bread and butter of Mulaka, it's important to master them. As the game progresses, more and more enemy types are introduced, making for some unique fighting challenges. Big, beetle-like rock monsters and psychic praying mantis men who were like mini-bosses toward the start of the game become run-of-the-mill enemies toward the end.

The game also features an enemies list, which makes fighting baddies more meaningful. Each time you encounter a new enemy, you can add it to the list to find out more about their attacks and weaknesses, plus the mythology around the creatures. 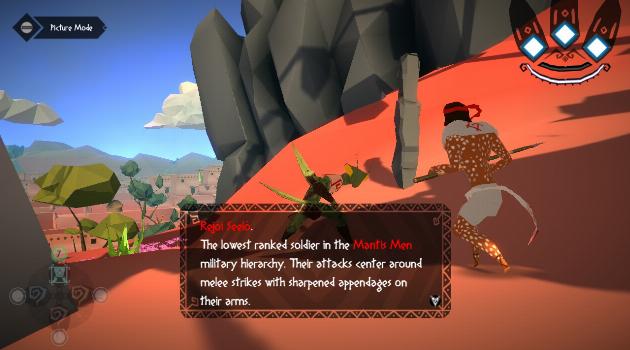 Each level ends with one big, bad boss, and they are one of Mulaka's greatest strengths. They're massive and intimidating, but taking them down is just a matter of observing their patterns, dodging their attacks and attacking when the opportunity presents itself. There's even a massive, climbable boss that'll remind some players of Shadow of the Colossus. 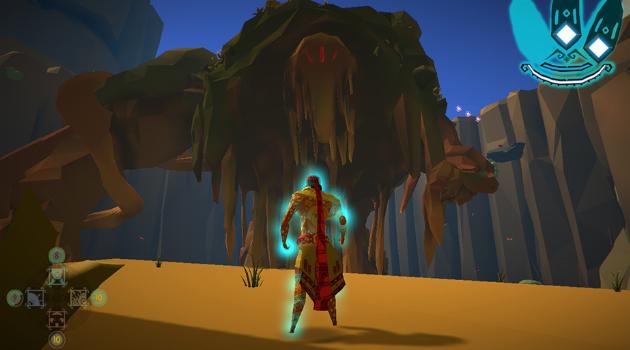 Mulaka's bittersweet resolution is a bit shocking, and it caught me completely off guard. I won't spoil it for you, but I will say that the game does drop some hints about it early on. Even the credits are beautiful and memorable, allowing you to fly the woodpecker through the skies one last time. 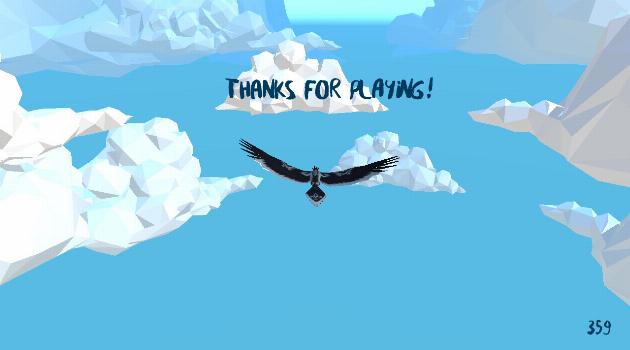 During your first playthrough, you might be curious to uncover what lies behind inaccessible areas. Once you've completed the game, it's worth re-exploring early levels with your newfound abilities to get to areas you couldn't the first time around. You may be surprised at what you discover.

Mulaka releases later week for Steam, PlayStation 4, Xbox One and the Nintendo Switch for $19.99.

If Mulaka looks right up your alley, click HERE to read our review of the beautifully atmospheric snowboarding game Alto's Odyssey.