If You Love Musical Movies, You Have to Check Off Every Film On This List

Musical theatre buffs have seen all the classic lyrical movies from Singing in the Rain to the Sound of Music. You've obviously been to at least one singalong screening of Grease and think of high school more in terms of West Side Story than Mean Girls.

But if you consider yourself a true lover of musical movies, then you must be caught up on all the more recent flicks of this millennium.

Consider the following a checklist of every musical film you must have under your belt:

When it comes to sheer production value, there isn't a better movie musical out there. From the sets to the costumes, this theatrical experience will make you forget that you're lounging at home in a Snuggie. This cast clearly had the time of their lives while filming, but a particular favorite performance of ours is by Queen Latifah, who really stole the show. 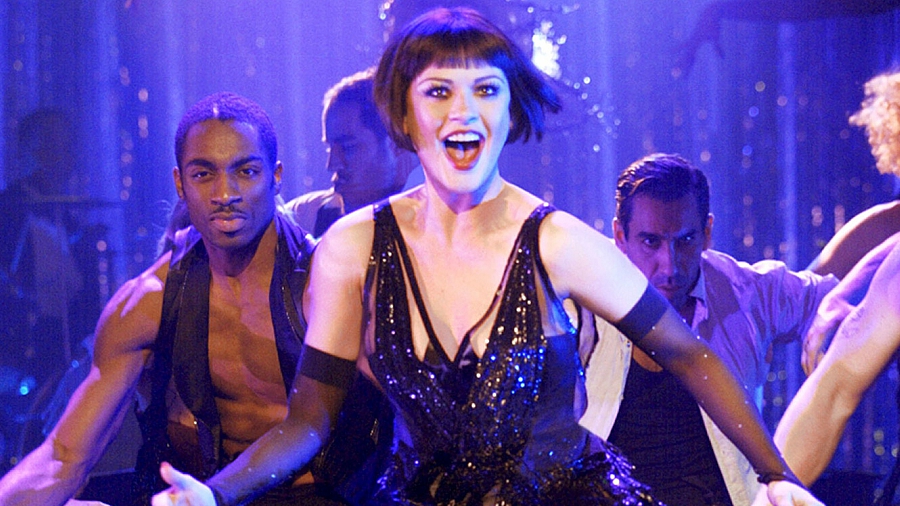 Beyonce and JHud in one film? Pinch me, I must be dreaming. If you're looking for a musical-movie to belt along to, it's this picture for sure. Those costumes, that hair. We also can't look past the fact that writer-director Bill Condon also wrote Chicago and directed one of our newest musical faves, this year's live-action Beauty and the Beast. Basically, when Bill is involved you know it's going to be good. 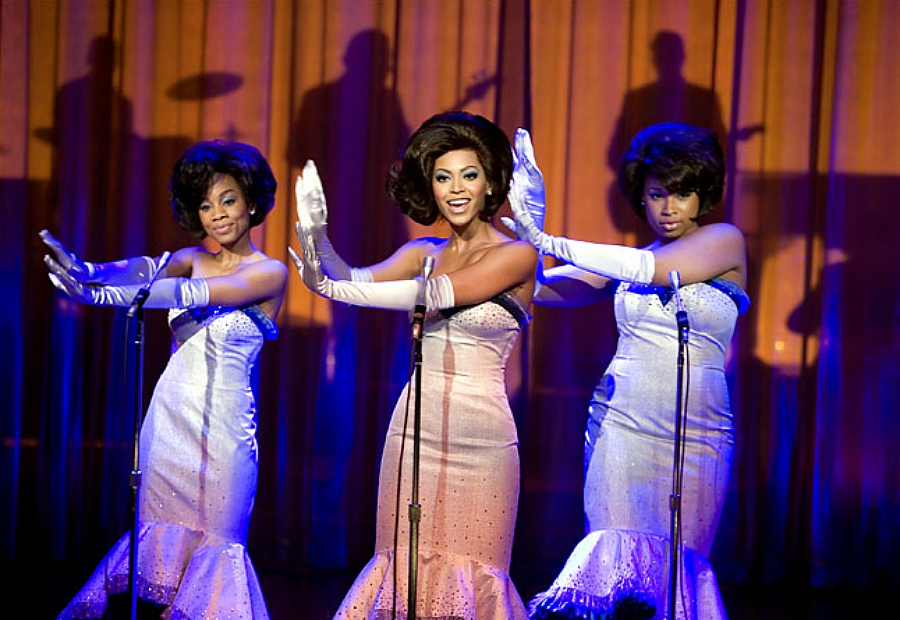 The '70s are back, at least as far as fashion is concerned, and we're all about it. Not everyone can appreciate the musical stylings of ABBA, but we sure can and this soundtrack is full of their catchy tunes. Amanda Seyfried and Meryl Streep play mother and daughter in this rom-com packed with love, laughter and tears. 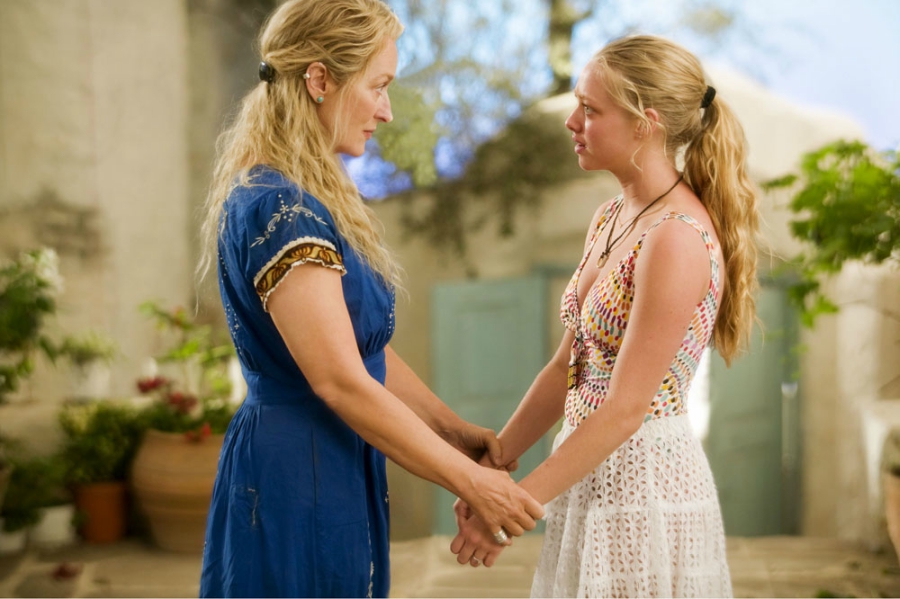 You've most definitely seen the original 1984 Footloose film that the hit musical was based on, but it's time to actually watch the remake starring Julianne Hough, Kenny Wormald and Miles Teller. This show is such a good time that you'll be kicking off your Sunday shoes and cutting footloose in your living room. 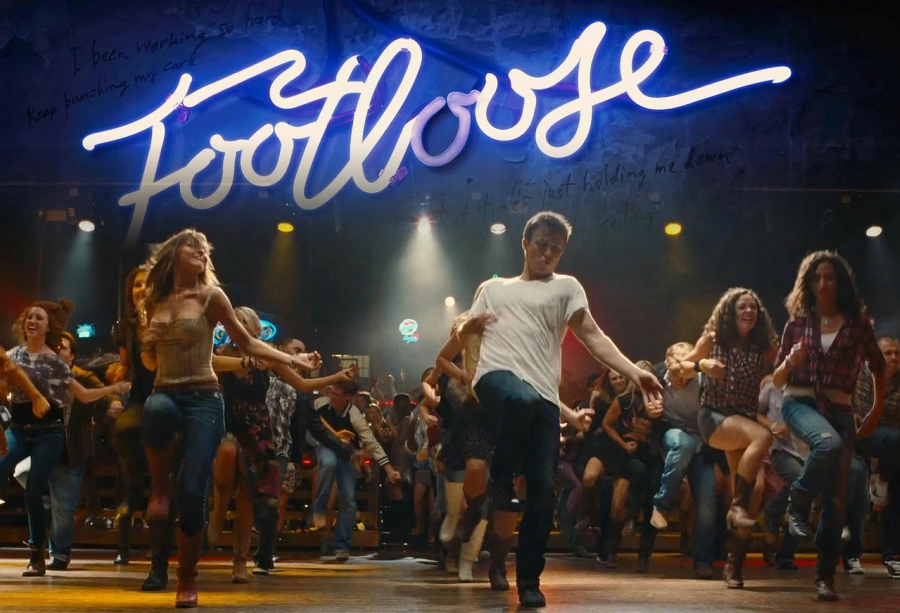 The most recent movie-musical tackles life in Los Angeles—for better or for worse. While this film doesn't have any prospects yet of being adapted into a staged performance, we wouldn't put it past some great minds who turned Dirty Dancing and Legally Blonde into musicals. 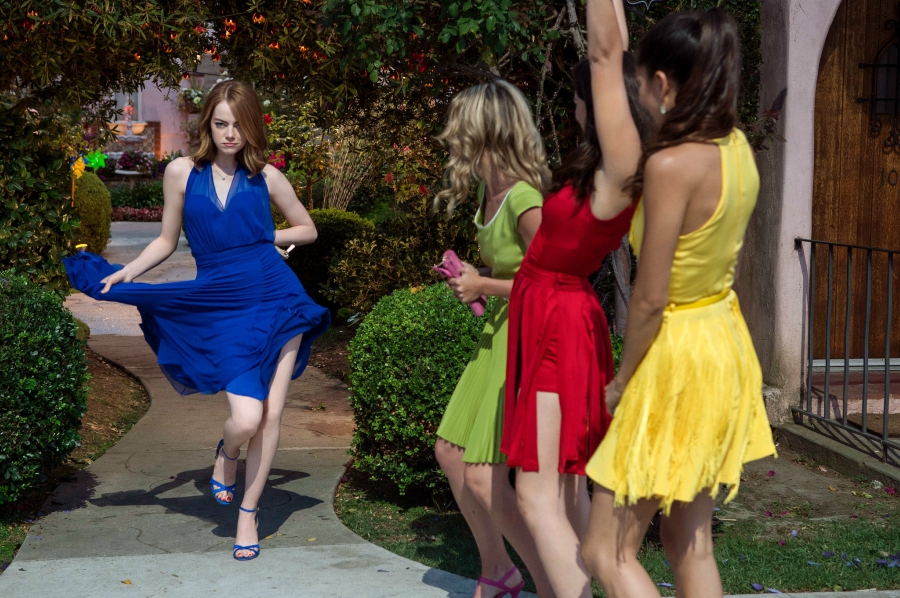 This recent musical-movie has pretty much everything we love in one film: fairy tales, all-star cast and, of course, Disney! We can't forget that arguably the most talented actress of the 21st century, Meryl Streep, was nominated for an Academy Award for Best Supporting Actress for her performances as the Witch. 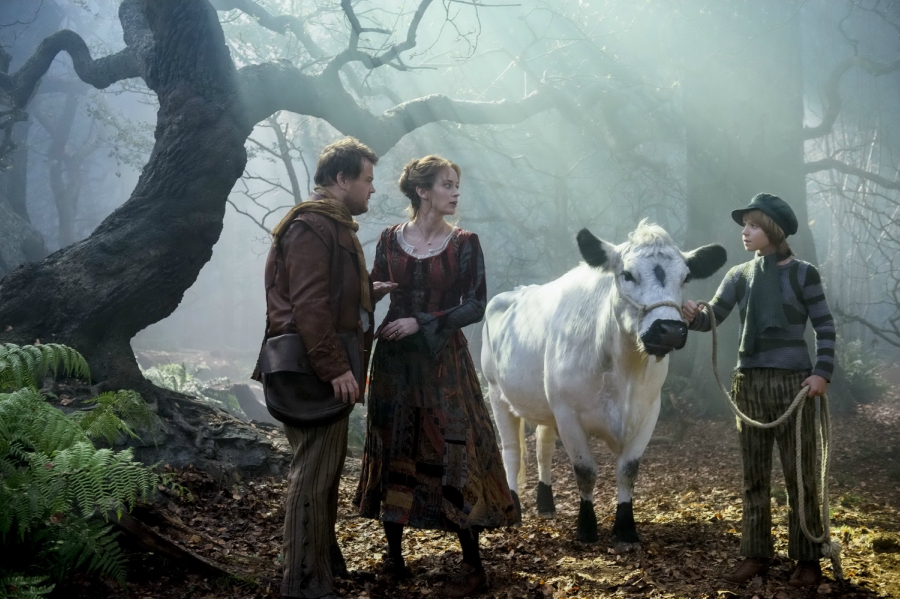 (Into the Woods via Walt Disney Pictures)

The musical-movie remake of Hairspray just gets better with time. Aside from the swoon-worthy casting of Zac Efron as Link Larkin and James Marsden as Corny Collins, Tracy Turnblad, played by newcomer Nikki Blonsky, gives an A+ performance. This movie is packed with impressive sets and performances, but at the core of this film the messages of body positivity and inclusion are what make it a true gem. 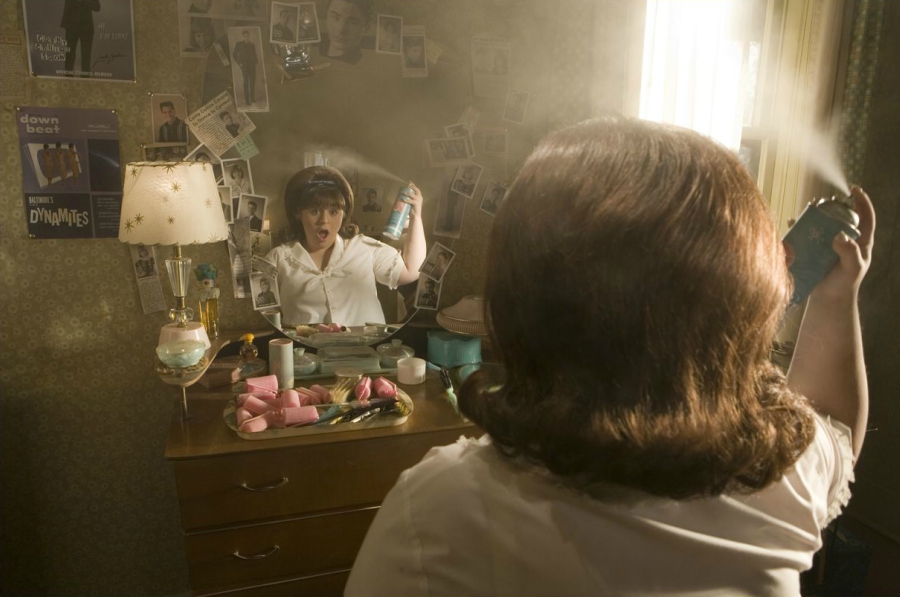 Anna Kendrick has proved time and again how absolutely angelic her singing voice is through her performances in Pitch Perfect and Into the Woods. But her voice really shines through in this romantic drama as she is one of just two singing partners. Grab your tissues, kids, because this love story is told with a twist… literally. 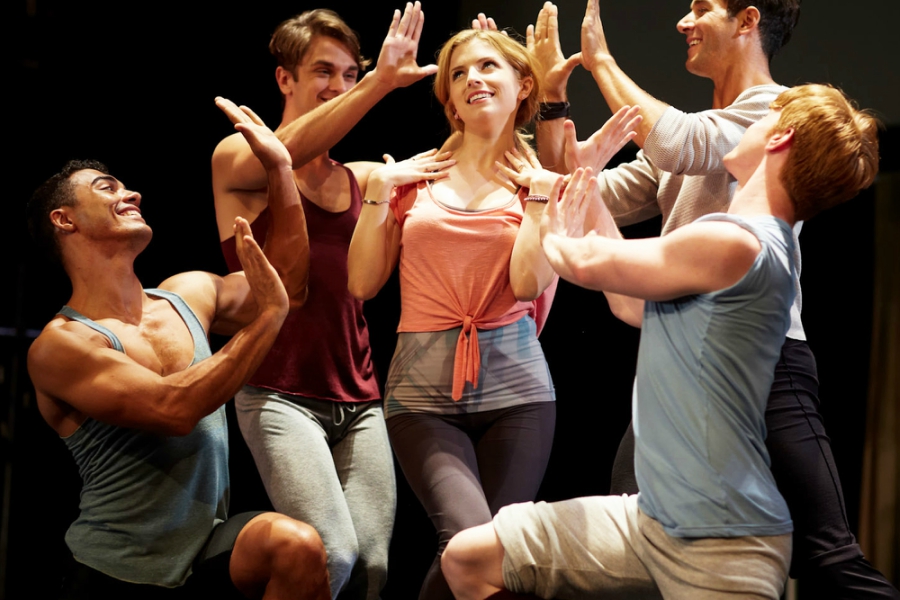 From John Carney who brought us Once, we have his newest movie-musical, Sing Street. While this film isn't exactly a musical movie, it's likely it will soon be topping charts just like the Once musical adaptation did. Get ready for classic rock at its finest as this movie is set in Dublin during the '80s. This ragtag group of guys forms a band, initially to impress a mysterious girl, and discover a voice of their own through the influence of the greats. 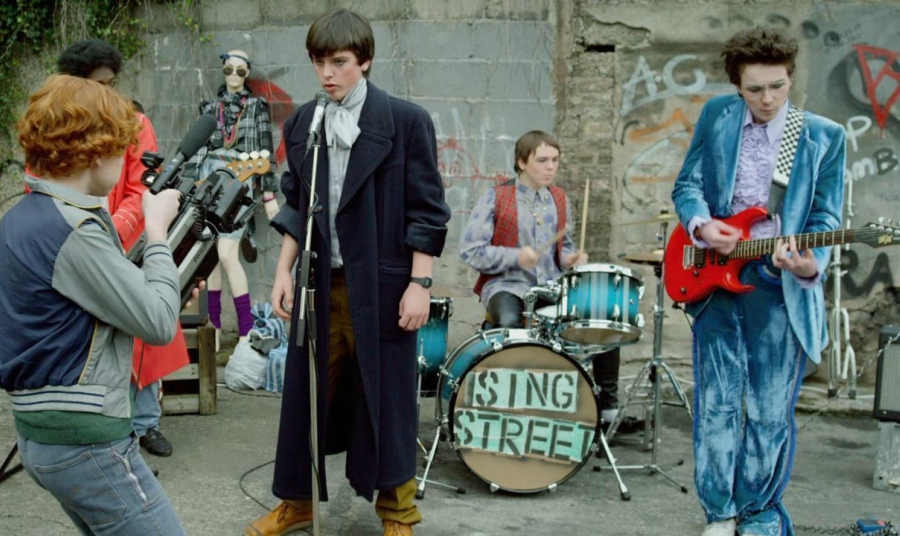 True musical theatre fans are basically obligated to watch every rendition of The Phantom of the Opera as it's become a drama staple. Of course no film can match the impressiveness of a set production, though the 2004 remake makes one thing very clear—Emmy Rossum can sing. This gothic romance story will take you on a rollercoaster of emotions so view at your own risk! 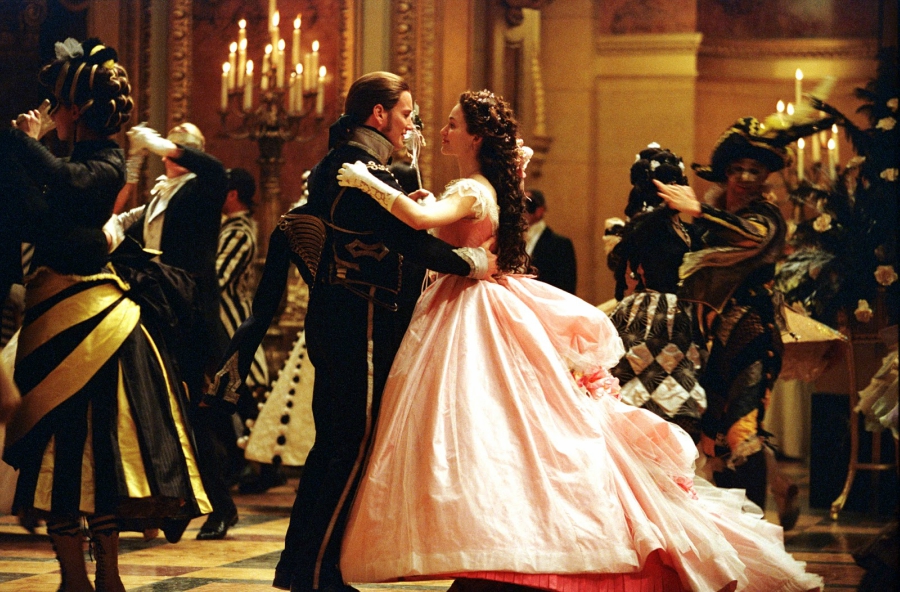 (The Phantom of the Opera via Warner Bros.)

It's only a matter of time before we can cross off Hamilton from our musical-movies check list (fingers crossed!), but until then laugh over THESE Hamilton lyrics that perfectly describe the finals week struggle.