The Voices of Deku and Bakugo Gave Us the Inside Scoop on My Hero Academia: Heroes Rising

There's no denying that My Hero Academia is one of the biggest anime series in the world at the moment, with stunning action and huge heart—not to mention a number of the most beloved superhero and villain characters of all time.

It's been at the top of our list for years, so we're very excited about the franchise's latest feature-length film, My Hero Academia: Heroes Rising, releasing its English dub on Blu-Ray, DVD and digital download today, Oct. 27. Of course, we were even more thrilled to be able to chat with its stars, voice actors Justin Briner and Clifford Chapin, who voice Deku and Bakugo respectively.

We hopped on a Zoom call with both actors ahead of today's release to find out what they love about the new movie, what goes into perfecting a voice and how Deku and Bakugo's relationship has evolved since the show's start.

Sweety High: What do you think fans will love about My Hero Academia: Heroes Rising?

Justin Briner: It gives you all of what you love about the series in this epic hour and some change. There are so many great characters in the cast that can get overshadowed a little bit in the series. They don't always get their time in the sun, or they'll show up in one arc and be missing in the next. But in the movie, everyone gets their big moment to shine as a hero, and you get to root for everyone. It's really great. No matter who your favorite character is, or what your favorite part of the show is, it's all there, and really well-represented.

Clifford Chapin: I agree. I think fans who haven't had the chance to see it yet are going to go wild for the fights and the team-ups, and just to see everybody in Class 1-A get to shine for that one brief moment. 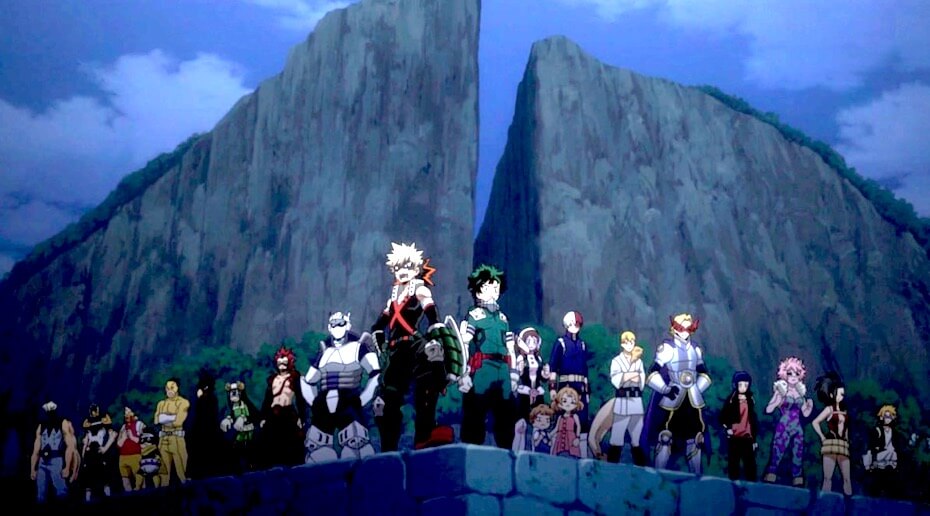 SH: When it came to first shaping the voices of Deku and Bakugo, what elements of their characters were really important to get across. How do you create what that voice is?

JB: I feel like I sound a lot like most of the characters I play. I have a pretty recognizable timbre, so I rely on that a lot of the time, and it does work for some of these young characters. As far as Deku himself is concerned, I watched a couple episodes of the anime before we got started, read a little bit of the manga, just to get an idea of the world that they were living in.

Right away I thought that Deku, despite being in a superhero society, is dealing with some very real human problems growing up. He's dealing with self-worth, feelings of inadequacy and being bullied by his peers and not knowing if he's going to be able to achieve his goals, people telling him that he's less-than. I thought, there are kids walking around right now dealing with that stuff presently, and more than anything I just wanted to give that an honest interpretation and give the fans of this character something to root for and see grow and rise. 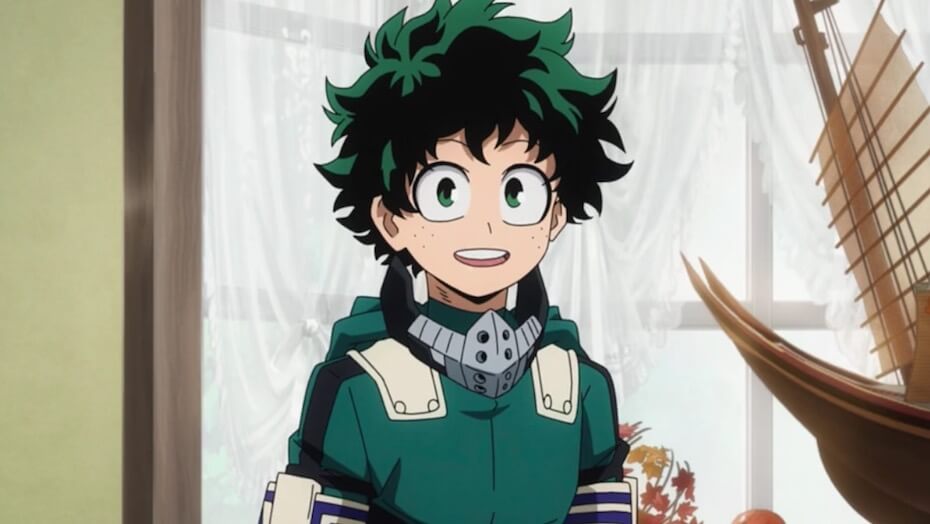 CC: In the case of Bakugo, we listen to the Japanese voice ahead of time, and it kind of gives us a stencil to model ourselves after of what is present in their voice. In the case of Bakugo, the voice is very gravely and very gritty, so I tried to bring a little of that into it. But in the very beginning of the series, it's important to remember that they're in middle school, and then by episode 3, the show jumps ahead by like a year to them going into high school.

Something that sort of happened sub-consciously and naturally for me was, as Bakugo developed throughout the show, that my voice and performance for him started to get a little gruffer and a little lower, because his pride gets hurt a little bit when he sees the other students are really good. He becomes more closed off and has more of a hard edge to his personality that keeps people away from him, and those are the things that started to inform my own performance. When we got to the later part of season one, and the start of season two, the voice had settled into this rougher, lower spot, which is kind of where we're still sitting. We're starting to tip-toe ever so slightly out of it now that the character's developing a little bit further past his hurt pride. 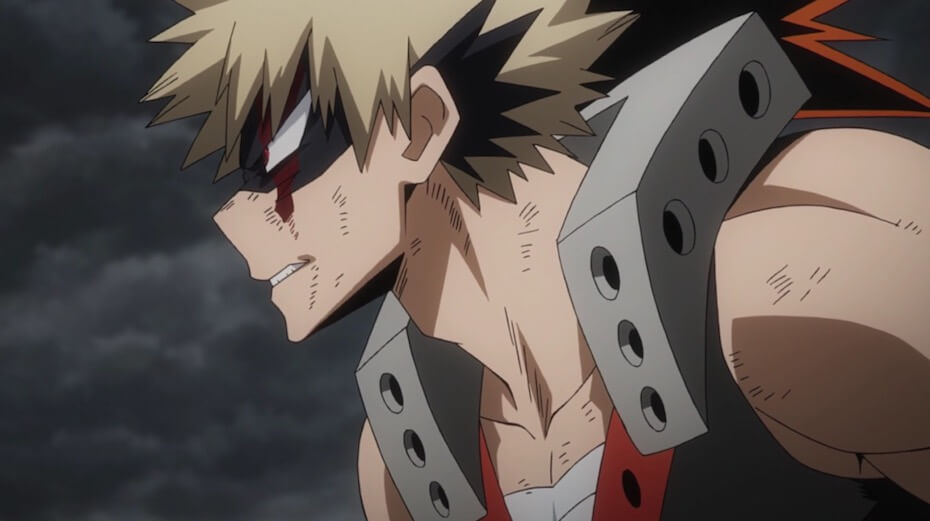 JB: And in addition to the character growing up, Deku is also gaining confidence. Every kind of major arc and fight, he's learning something new to put into his toolbelt for later. Little by little, the change is gradual, but I think that if you played episode 1 and then played episode 80-something, you'd see that he's come quite a long way. 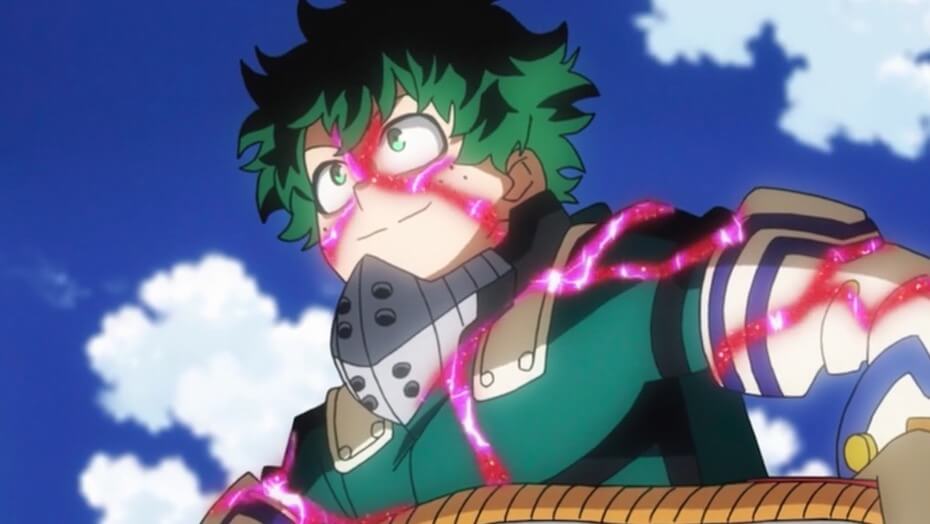 SH: The relationship between your two characters has also evolved a lot since the start. What do you think are the most interesting aspects of that friendship/rivalry, and what has been the most fun to explore with your voice work?

JB: Personally, I like that they're still kind of working through what they went through. The heat of the rivalry has cooled off a little bit, but they still don't exactly get along. They don't go out of their way to spend time together unnecessarily, but in a pinch or in a fight scenario, they know so much about each other instinctually to be able to get along and fight as a team. I think that's really cool. You don't have to get along with everyone 100% in your life as long as you respect them and honor the kind of person they are.

CC: I think we've moved to a point now where there's not really animosity so much between the two characters as there is finally a respect built between the two of them. They understand each other, and each other's drives, and they truly do respect the drive of the other. In a way, the rivalry has developed to a point where they want to push the other one forward only so that they can surpass them themselves. There's a bit of, "I want you to do well because I want to beat you. If you do well and I beat you, that just shows that I'm that much better." That's a pretty cool angle to get to explore with the characters and get to see how they have finally made it to this point. 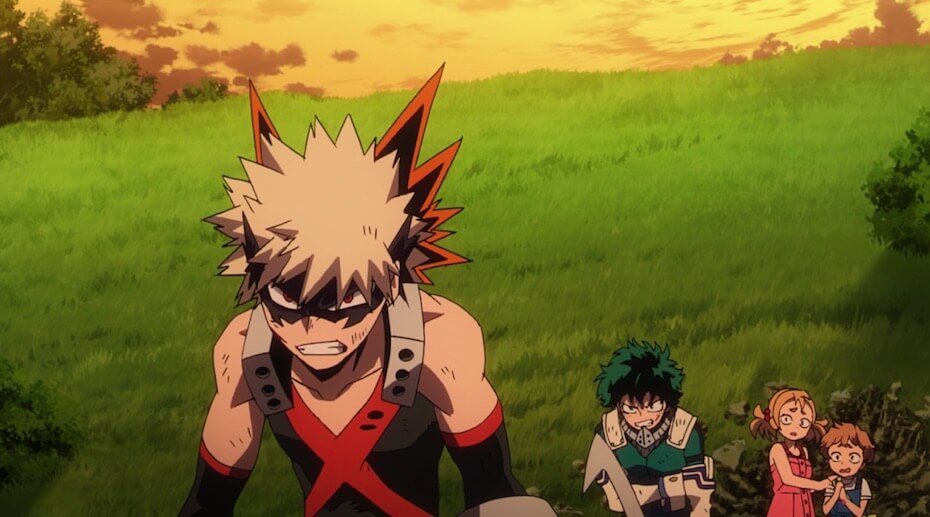 SH: What parts of the show have been the toughest to record, whether they're straining on your voice, or emotionally investing?

JB: Generally, they kind of go hand-in-hand, for Deku, at least. The hardest parts are definitely the fight scenes where he's screaming his head off, but they're also deeply emotional. At one point, he kind of resigns to losing the fight, and basically goes, "This is it. Sorry, All Might. I'm going to die." You have to also make sure that comes through. There's screaming and yelling and punching, but also this character's going through something because of this fight. I try to do my best to make that happen.

CC: With a character like Bakugo, he's always so much at a level 10 for screaming, that to convey the variance in emotion—like, this is sad screaming, this is angry screaming, this is happy screaming—it feels kind of weird to say it like that, but that's what Bakugo exhibits all the time, so to walk that line is taxing mostly on my voice. If it doesn't hit just quite right, then I've got to do that scream again. There are only so many times I can do those screams before I just have to stop for the day. 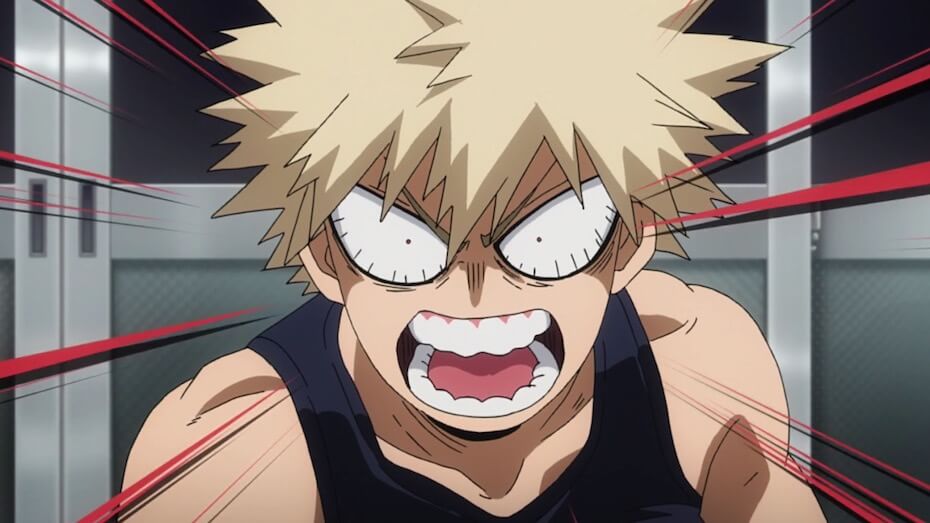 JB: I'm just so excited for everyone to get their hands on this movie.

CC: I'm really excited for everyone to get to see Heroes Rising. I'm glad it's finally coming out on home video and I hope everybody loves it as much as we do. 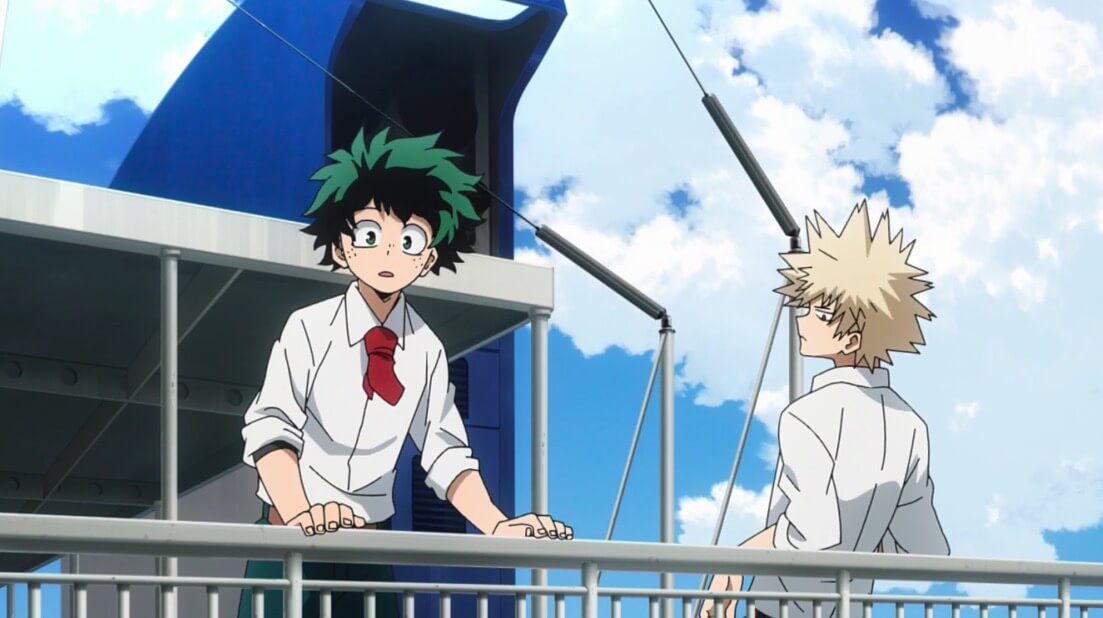 Love My Hero Academia? Click HERE to find out which Class 1-A quirk you'd have.