These Change-in-the-Sun Nail Polishes Are Perfect for Summer

Why settle for nail polish in a single color when you can paint your nails with a two-in-one varnish?

That's the concept between Del Sol's color-changing nail polishes. The company specializes in products that change color in the sun, including clothing, jewelry and other accessories, but their nail polishes might be their most interesting offering. They come in 36 different shades that adapt when exposed to the sun's rays, and the company sent me four of their most summery shades to try myself.

Del Sol's nail polishes look like one color indoors, but miraculously change shades the second you stop out into the sunshine. They do this with the company's proprietary Spactracrome Technology, which, according to the company, is a technology originally created by NASA. They're made up of special crystals whose hidden colors are only revealed when exposed to sunlight, and each bottle retails for $10 each. 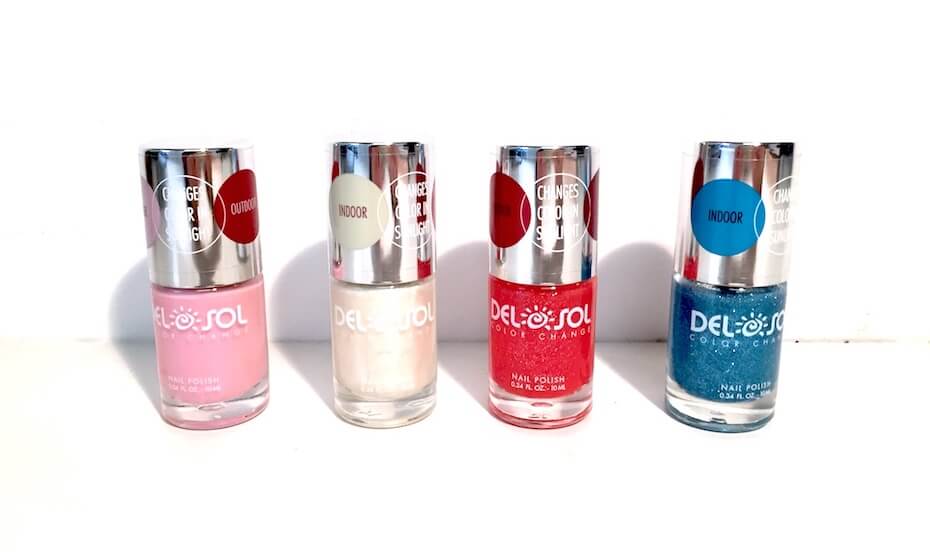 Normally, Del Sol's Glitz & Glam color would be something I would layer on top of another color, but for this test, I wanted to see what it looked like all on its own. Its very subtle blue color is barely there, allowing you to see the bare nail underneath, and it's absolutely packed with tiny specks of ultra-sparkly blue glitter. Whether you'll like the indoor look is mostly up to the current state of your nails. 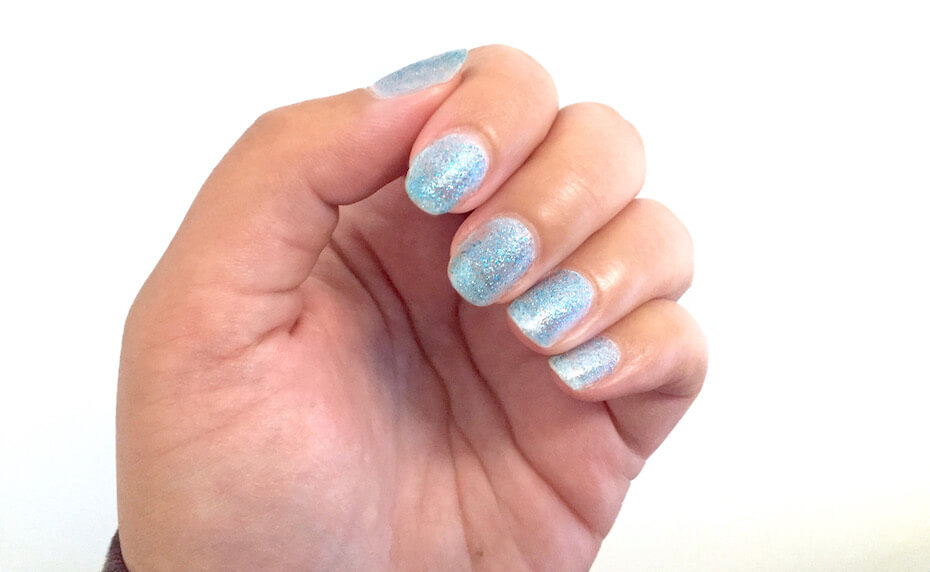 When I took the color outdoors, however, I was delighted to see them really pop. The very delicate blue color under the flitter transformed into a purply red, making the shimmery aqua glitter really stand out. It was still relatively transparent and I could still see my nails underneath, but I appreciated that it didn't look quite like any other nail polish I'd worn before. 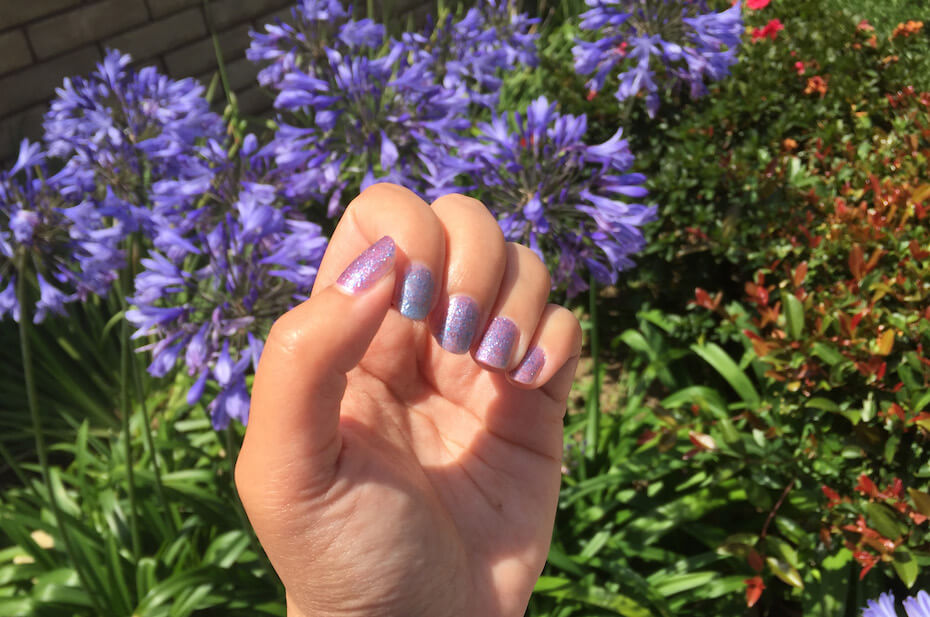 When it came time to try the Liquid Sunshine color, I thought it might be a color-swapped repeat of the Glitz & Glam, but I was happy to discover that this wasn't the case. Though still slightly transparent, this polish was definitely more opaque, with a fun strawberry pink color. There was also less glitter in my polish than with the previous color, but this time around, the sparkles were bigger and came in purple, pink and green colors. 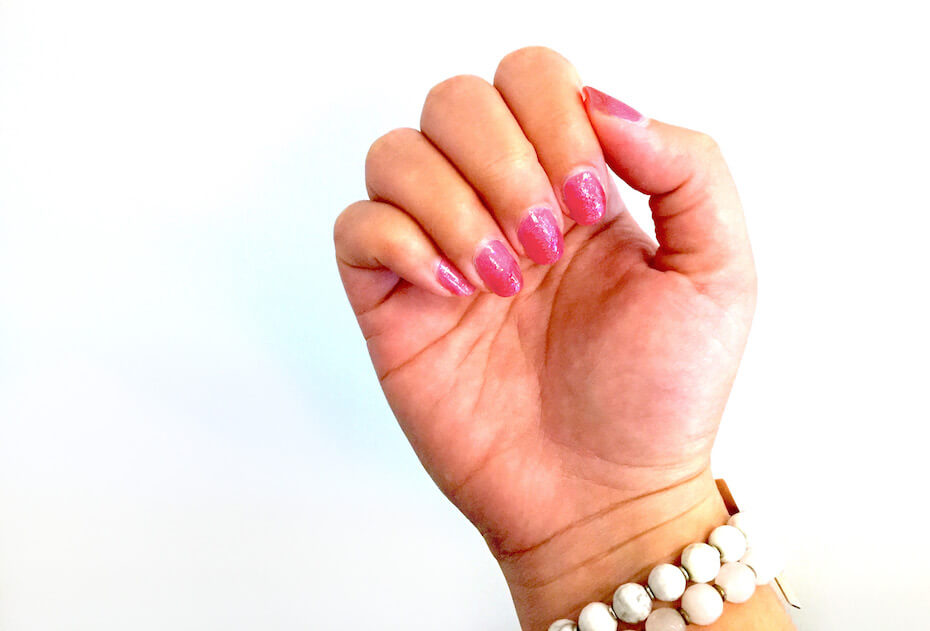 Again, the color only improved once I stepped outside. The color deepened to a stronger, deeper red, maintaining just the slightest hint of pink. In the right light, the glitter had an amazing sparkle to them. The color was still a little bit transparent, but the darker color hid more of my nail than the indoor tone. 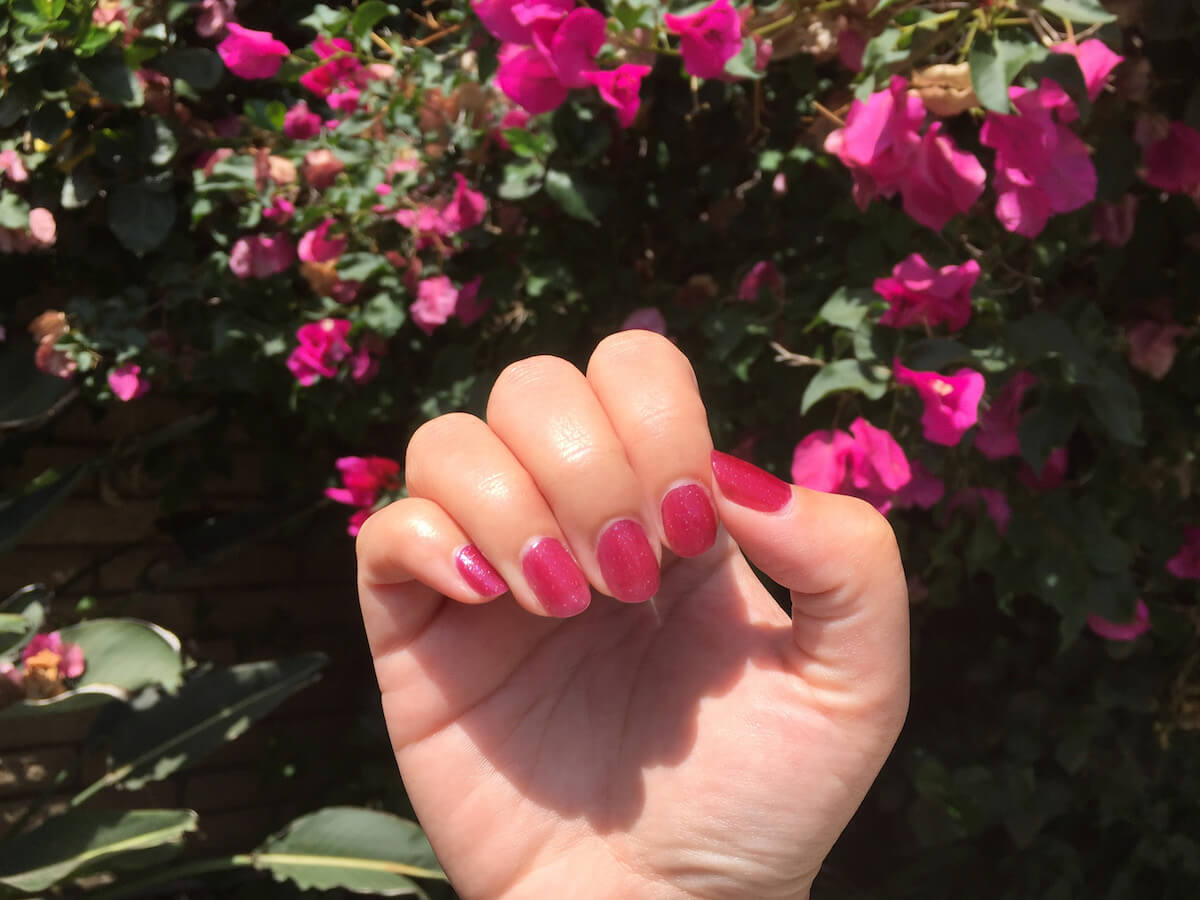 Every Blooming Thing wasn't at all like the two polishes I'd tried before. This one was pearly, with a slightly metallic shimmer. Indoors, the color was a delicate, princessy pink that sometimes took on blue highlights under certain light conditions. Though it took a few layers to get the polish to look totally opaque, it wasn't nearly as translucent as the others. 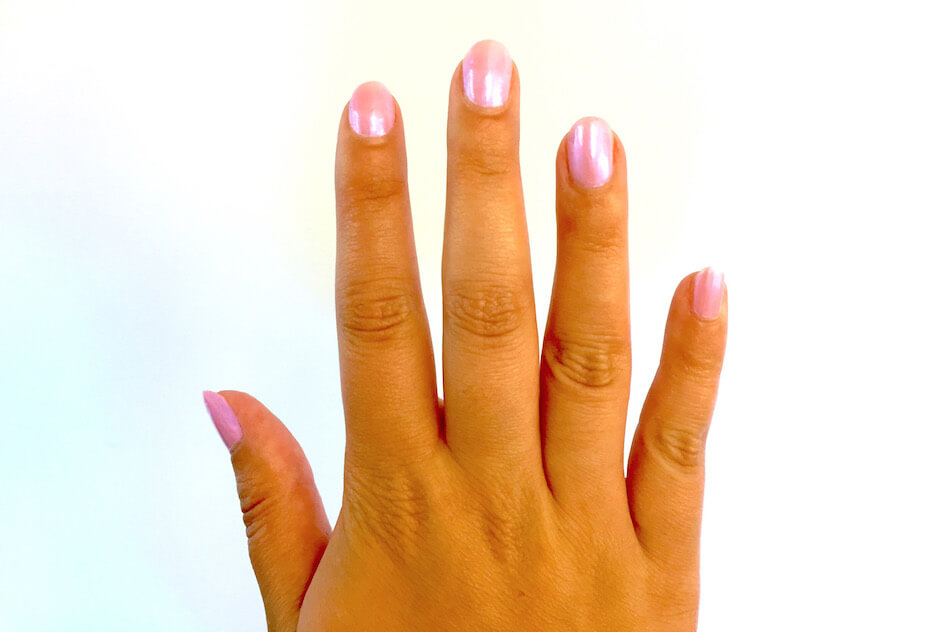 Outdoors, however, the color transitioned into a much bolder bubblegum pink hue. In the sunlight, they looked slightly less metallic, though they did sometimes have more of a blue or purple color to them when the sun reflected off of them just right. Outdoors, they seemed even less transparent than they had inside. 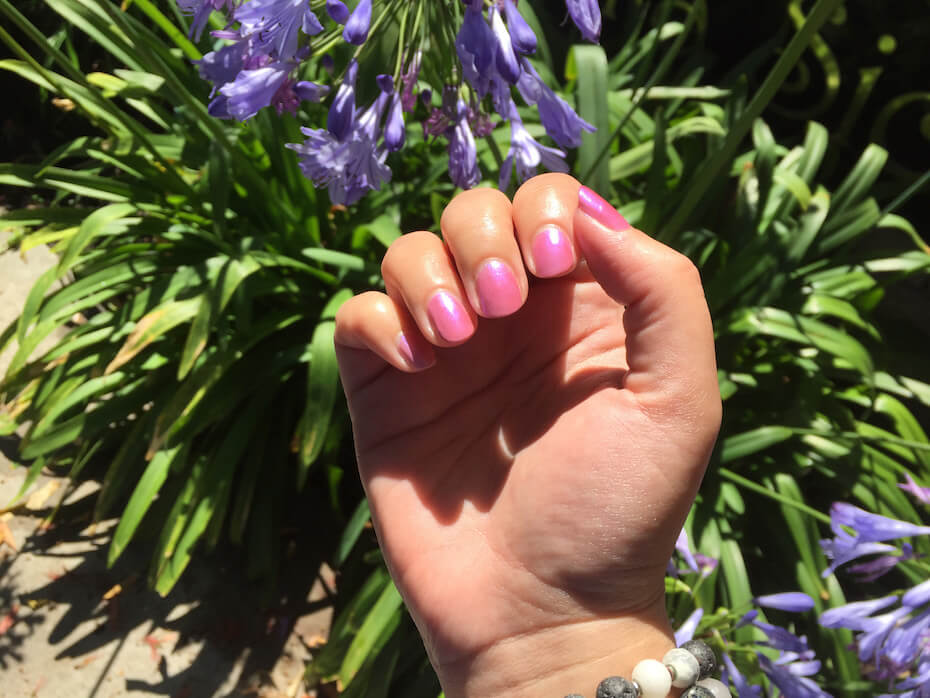 Lastly, I tried my favorite shade of all, the Reckless. Indoors, it's a super pearly white color. It's not super opaque, but by piling on layer after layer, I was able to get an amazing white color that my nail wasn't visible through. The color went on smoothly and had an amazing sheen to it. 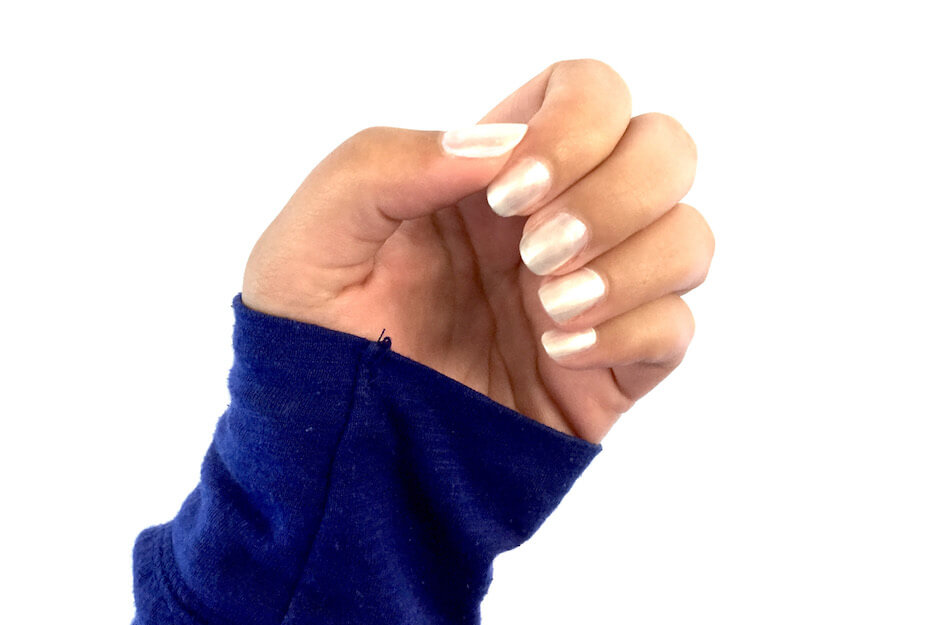 When I took the color outside, the Reckless transformed to look somewhat like the indoor version of Every Blooming Thing, but I liked it even better. It was just a tiny bit more delicate and shiny in the sun, and I really liked how much it differed from the shade it took on when it was shielded from the sun. 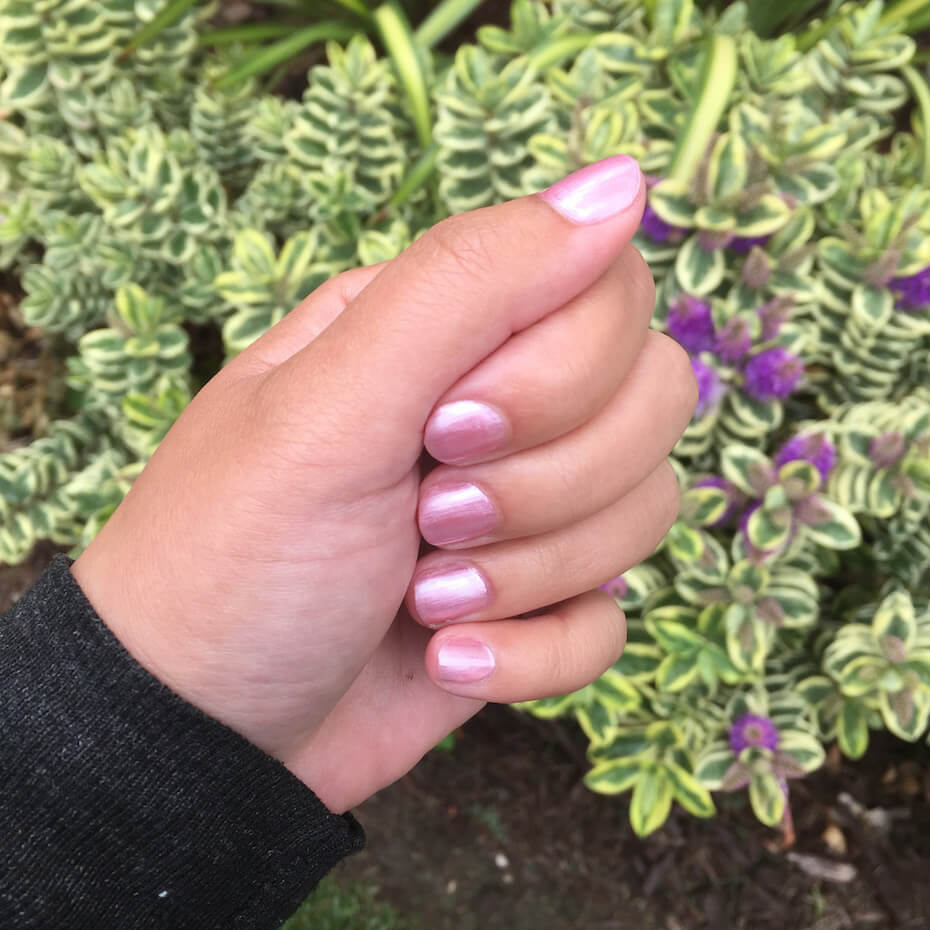 If you're skeptical about the ability of Del Sol's nail polishes to change colors in the sun, you shouldn't be. In my experience, the color change happens you the instant you step outside on a sunny day, and it goes back to its original color surprisingly fast once you're inside, too. Of the four polishes I tried, each of them goes on super smoothly and has a great color, even if you might need multiple layers to get the result you want on some of them. A topcoat is also helpful if you want to avoid chipping.

At $10 per bottle, Del Sol isn't one of the most inexpensive polishes you can buy, but it's certainly one of the most interesting. And it helps that you basically get two different colors for the price of one.

Love color? Click HERE to find out what the colors in your aura mean.