Here's What You Have to Watch on Netflix This Holiday Season, Based on Your Zodiac Sign

Picking something new to watch on Netflix is always hard—and it doesn't get easier when you're trying to find just the right thing to view during the holidays.

But it doesn't have to be so tough. If the perfect Christmas movie keeps eluding you, just scroll down to your zodiac sign below to find out which show of movie you should watch.

Aries' perfect holiday movie has to be an action-packed romp, and that's exactly what Get Santa is. When Santa crashes his sleigh in London, he's promptly arrested while trying to recover one of his reindeer. It's up to a kid named Tom and his dad to ensure that Christmas can still happen while Santa does everything he can to break out. 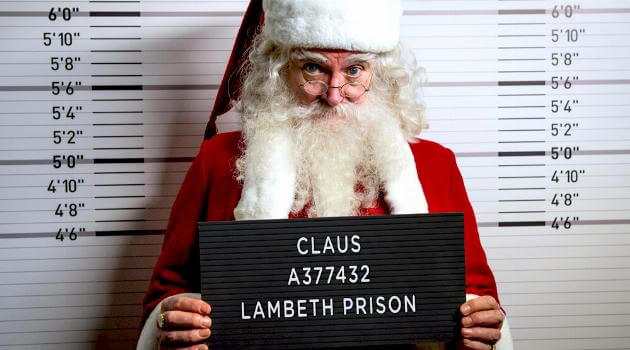 (Get Santa via Warner Bros.)

Taurus is the sign with the biggest ambition to live a life of luxury, so they'll definitely relate to Stacy in The Princess Switch. When Stacy, a regular woman from Chicago, travels to Belgravia, she learns that she's somehow identical to a duchess named Margaret. A week before Margaret must marry the prince of Belgravia, the two agree to temporarily swap lives. As Stacy gets the royal treatment for the first time, they also find love along the way. 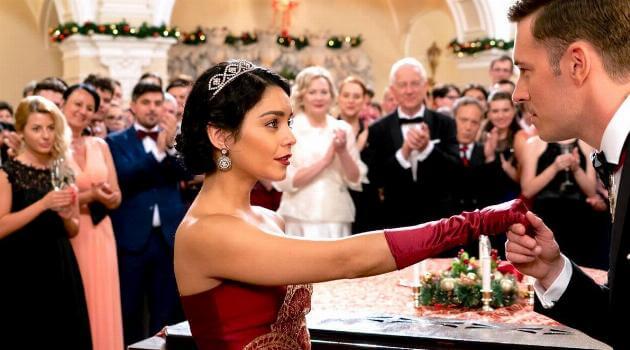 (The Princess Switch via Netflix)

Gemini is all about fun, friends and family, making the holiday classic Mickey's Once Upon a Christmas their perfect fit. The film actually consists of three separate stories—focusing on Donald, Goofy and Mickey and Minnie respectively—that are each packed with lots of festive cheer. The fact that it's three quick tales is also perfect for Gemini's sometimes fickle and distractible nature. 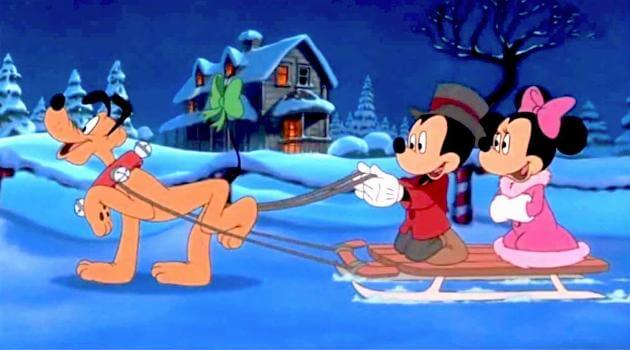 (Mickey's Once Upon a Christmas via Walt Disney Home Video)

Cancer tends to be the most sensitive and romantic sign, so it only makes sense that they'd gravitate toward holiday rom-coms. When the king of Aldovia passes away, journalist Amber travels to the country in an attempt to get the inside scoop on the crowned Prince Richard. After she's mistaken to be the tutor of Richard's cousin, she takes on that identity to learn more about the family, only to fall hard for Richard once she realizes he isn't the bad guy he's been made out to be. 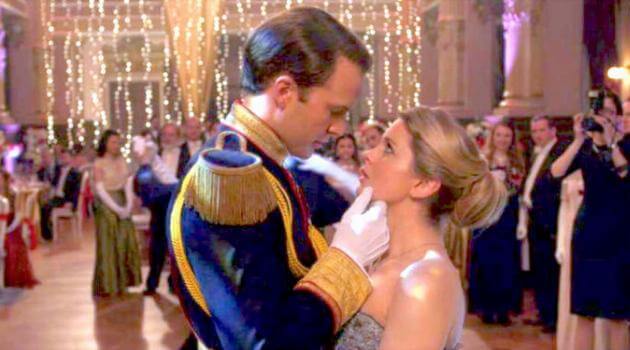 (A Christmas Prince via Netflix)

Leo loves being the center of attention during the holidays and putting on a huge show for everyone around them. Therefore, they won't be able to get enough of A Very Murray Christmas. The film begins with Bill Murray preparing to put on a Christmas special when a snowstorm prevents any of his guests from actually arriving. Though the show-with-a-show is a disaster, the movie itself is a star-studded musical comedy that no Leo will be able to resist. 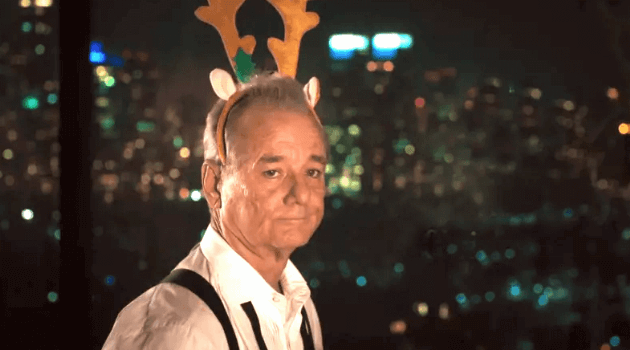 (A Very Murray Christmas via Netflix)

Perfectionistic, detail-oriented Virgo will delight in every gorgeous element of George Balanchine's The Nutcracker. The play unfolds onscreen, performed by the New York City Ballet, in a series of elegantly delicate ballet movements to a beautifully twinkling score that you probably already know by heart, even if you didn't realize it. Plus, Macaulay Culkin plays the Nutcracker himself. 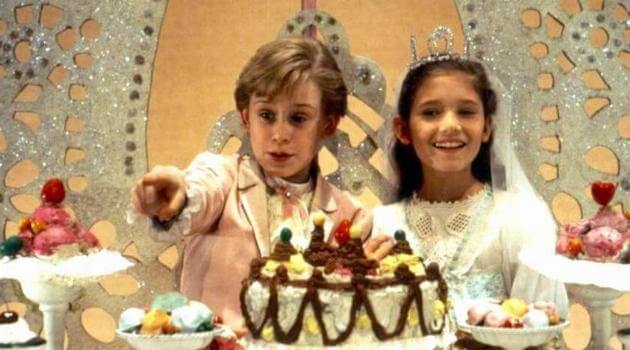 Gentle, peace-loving Libra wants something charming and relaxing to watch during the winter break, and they can't go wrong with The Great British Baking Show: Holidays. While this friendly yet competitive cooking show is always like a hug for the soul, these two episodes are holiday-themed, so they're even more festive. Libra is also dedicated to fairness, so they were among the first to give new judge and hosts Prue, Noel and Sandi a chance—and they're glad they did. 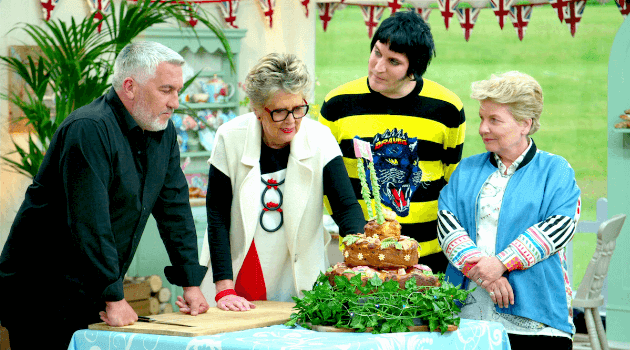 Scorpio probably won't admit it, but they love the holidays as much as anyone else. They're more than happy to be scrooges, and they can definitely relate to the Grinch in the 2000 version of How the Grinch Stole Christmas. The Grinch has always hated Christmas, but when Cindy Lou Who nominates him to be Holiday Cheermaster for Whoville's big celebration, he reluctantly agrees. After being embarrassed at the event, he decides to steal Christmas by taking everyone's gifts and decorations, but quickly discovers that Christmas is about spirit, not stuff. 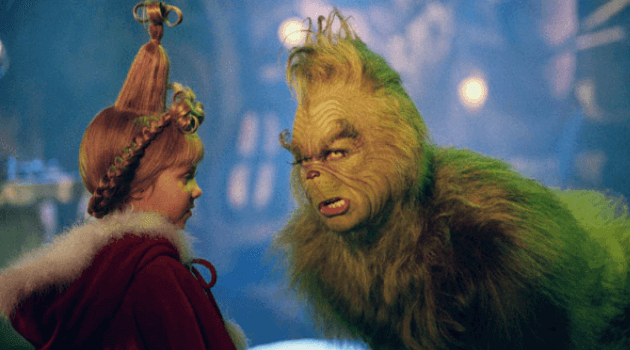 Adventurous Sagittarius wants to go on a journey when they watch a holiday flick, which is why they need to check out The Christmas Chronicles. When Kate recruits her brother, Teddy, to help her prove the existence of Santa Claus, the two stow away in his sleigh before accidentally causing him to crash. Santa, Kate and Teddy find themselves teleported halfway across the country with the all of the presents lost, the reindeer on the loose and Santa's magical hat missing, the two kids will have to help Santa restore Christmas before it's too late. 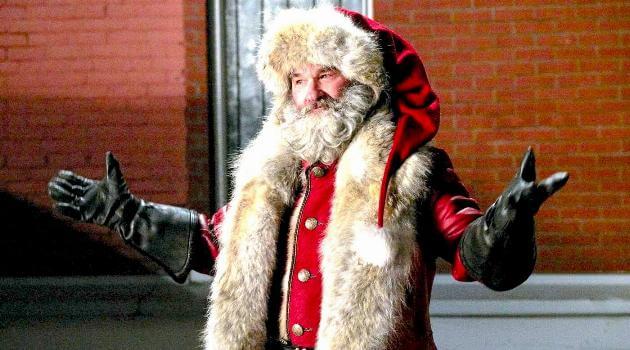 (The Christmas Chronicles via Netflix)

Traditional Capricorns like to keep things totally classic, and it's tough to get more old school than the 1954 Bing Crosby film White Christmas. The film follows four singers who put together a holiday spectacular performance to save a failing inn. Plus, "White Christmas" is an iconic song that's an important part of every holiday. 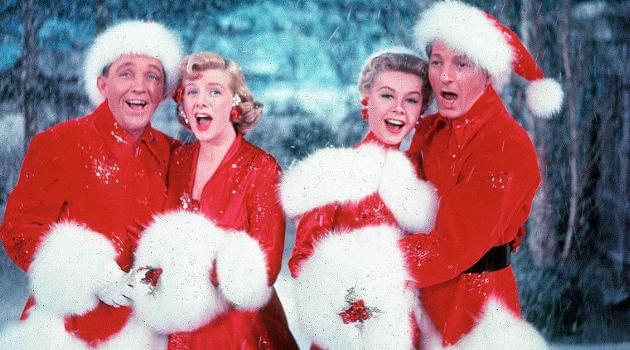 Aquarius always marches to the beat of their own drum, and they'll want to watch something unexpected but still festive this December, such as Chilling Adventures of Sabrina: A Midwinter's Tale. The special holiday episode will follow Sabrina and her family as they celebrate the winter solstice—and we hope it'll touch on some of the cliffhangers left at the end of the first season. It doesn't officially hit Netflix until Dec. 14, but once it does, Aquarius will probably watch it more than once. 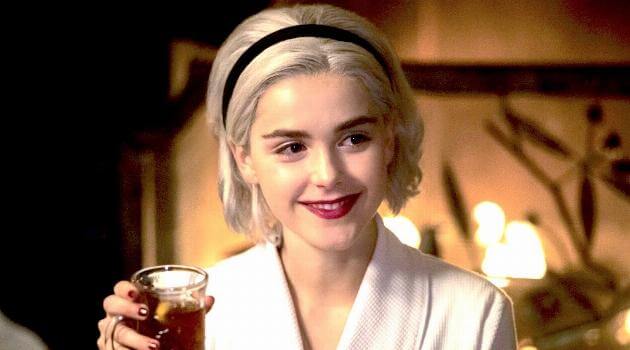 (Chilling Adventures of Sabrina: A Midwinter's Tale via Netflix)

Creative Pisces yearns to watch something magical during the holidays, and they'll adore the gorgeously animated French film The Magic Snowflake. When the current Santa retires, a young boy named Nicholas is nominated as the next bringer of gifts. As Nicholas's voice deepens and he starts growing a white beard, he struggles to deal with the changes in his life, and must consult the Council of Retired Santas when the magic snowflake representing Christmas spirit starts to melt. 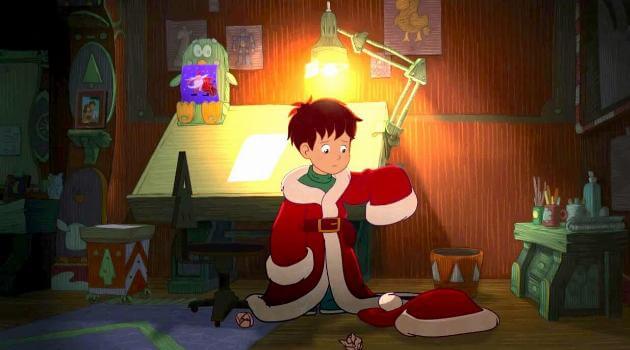 Need a second opinion? Click HERE to take a quiz that will reveal the holiday movie you should be watching right now.