Picking out what to watch on Netflix can often times be an agonizing process.

Should you watch a movie or a TV show? Should it be something you've already seen or something totally new? Decisions, decisions!

Luckily, we're making this ordeal a bit easier for you by revealing the film you should watch based on your zodiac sign below:

Your altruistic nature has you constantly striving to do your best in changing the world. You're the one friend who is always championing some sort of cause that's near and dear to your heart, which is why the documentary Living on One Dollar is right up your alley. The film follows four friends as they attempt to live on—you guessed it—only a dollar a day while living in pastoral Guatemala. Because you're not the type to be materialistic, you'll definitely find this documentary eye-opening. Who knows, maybe it'll inspire you to try something similar one of these days? 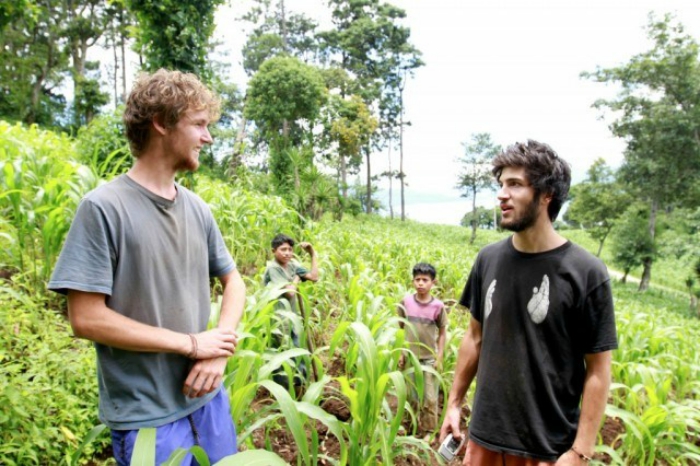 Utterly compassionate and wise beyond your years, you're always there to help your friends and family when the going gets tough. You enjoy being there for those most important to you, but you are hardly ever looking for the favor to be returned. You just like feeling useful! Other than being the greatest person on the planet, you're incredibly artistic and all about love. The musical Sing Street combines all three of the things you enjoy most—friendship, music and romance. The main character starts a band with the help of his friends to impress his crush. Will he get the girl? Guess you'll just have to watch to find out! 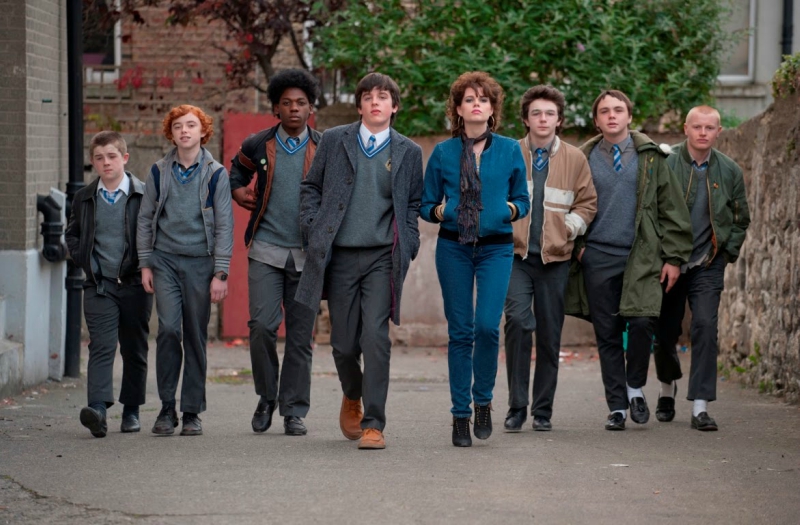 Because you're known for your boundless energy, Aries, you are constantly out and about doing some sort of physical activity. This makes you a bit more competitive than the other signs, which only pushes you to be the very best at everything you do. Obviously, you need a more action-packed film to watch, which is why the superhero movie Sky High is definitely for you. You'll identify with the film's lead Will Stronghold as he attempts to live up to his parents' expectations and learn to control his newly acquired superpowers, all while trying to save the world from one crazy supervillain. Casual. 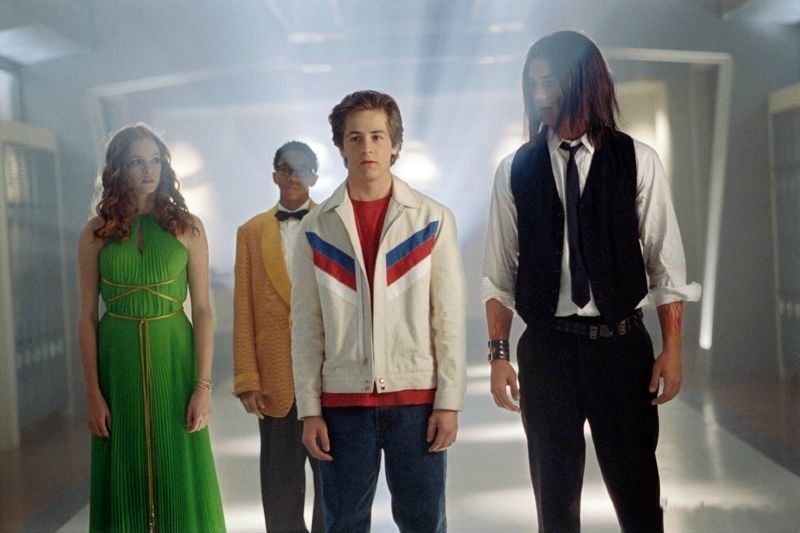 What can we say, Taurus, you're classic. Much like a diamond, you're timeless and never go out of style—which is just the way you like it, seeing as you're all for material pleasures. Because your ruling planet is Venus, you are known for your beauty and creativity. It only makes sense that the Marilyn Monroe musical Gentlemen Prefer Blondes is your Netflix flick. Combining love, companionship and money, you'll find yourself wanting to watch this film over and over and over again. To be a little bit more specific about what the film entails, two showgirls embark on a ship to Paris where they discover they're being watched closely by a private investigator. You'll have to watch to find out what ensues! 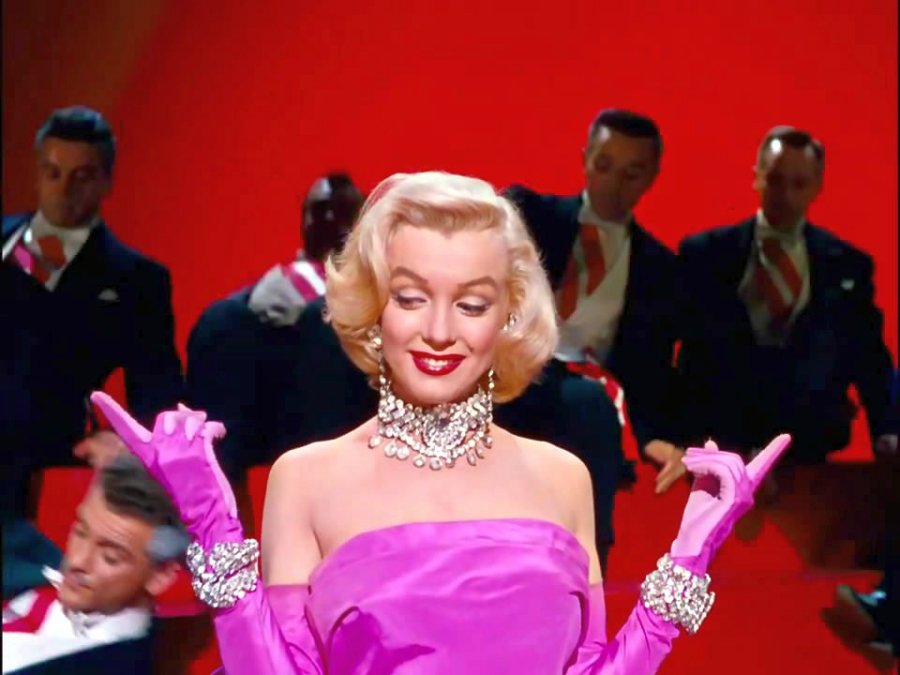 Always asking questions, you're the epitome of inquisitive. You're always trying to experience everything the world has to offer, but sometimes you fear you'll never achieve everything you want. Though you can be selfish, you're also very thoughtful. This comes from you having two sides to your personality. Though you may not think it, this makes Zootopia the movie you need to put on right now. Following Officer Judy Hopps and Nick Wilde as they attempt to unravel the mystery behind the missing animals in Zootopia, it'll teach you a few things about compassion and equality, without being too in your face about the subjects. It'll inspire you to be a better person, which is just what you want out of life! 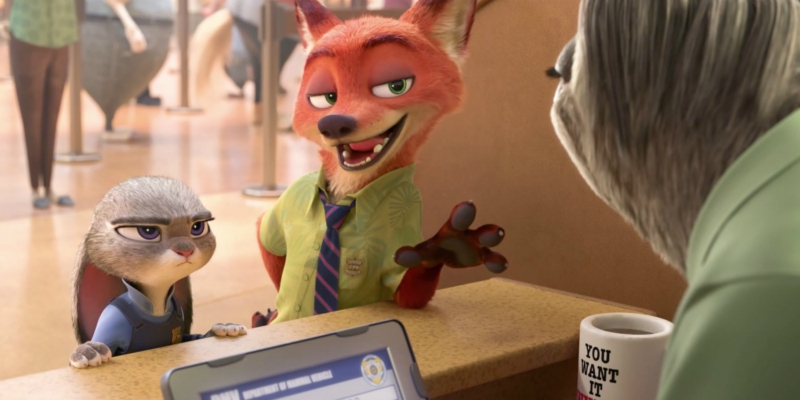 You're deeply emotional, Cancer. Your sensitivity can make it a bit difficult for people to get to know you, leaving you guarded because you are so afraid of getting hurt. This is the case with Zac Efron's character in Charlie St. Cloud, meaning you'll understand his struggles better than anyone. After his younger brother dies in a terrible accident, Charlie (Zac) is left to pick up the pieces and move on with his life, but finds great difficulty in doing so when he discovers he's able to interact with his younger brother's ghost. It's a tearjerker for sure, so be prepared to get your cry on! 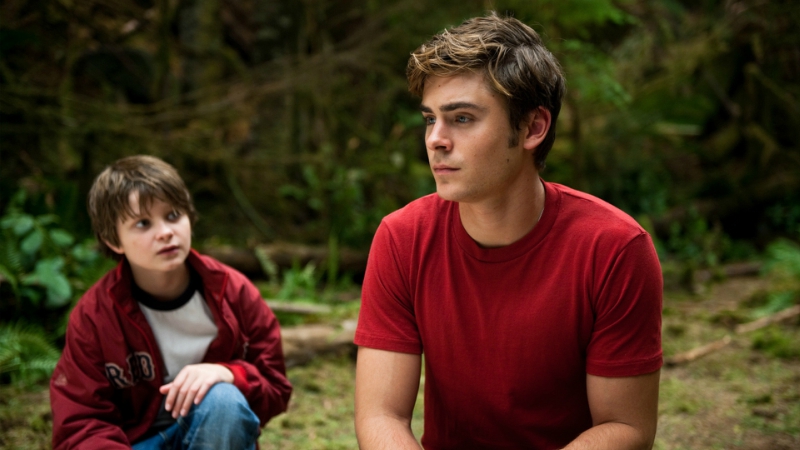 Though you may be very generous and warmhearted, you're also a little bit self-centered and superficial. Sounds a lot like Cher Horowitz from Clueless. You may adore helping your friends, but at the end of the day, you're really just looking out for yourself. After watching Cher discover that life isn't all about being popular, you'll discover you may need to update your current outlook on life. The universe doesn't revolve around you, Leo. 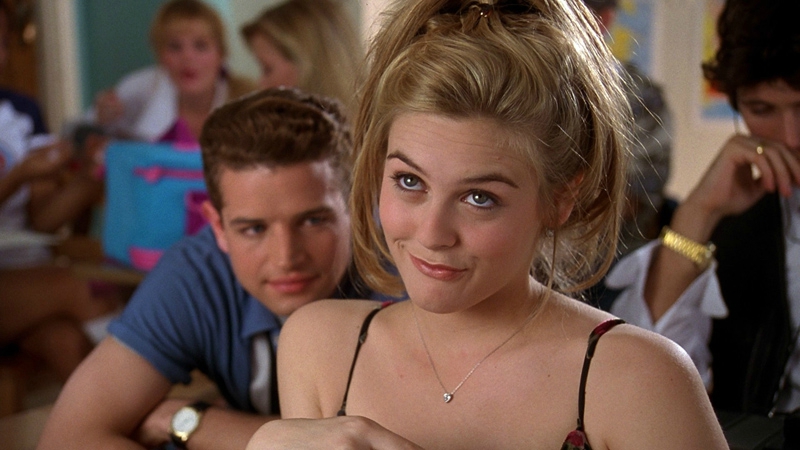 Analytical and practical, you leave nothing to chance. Everything you do is totally calculated, so much so that you are often afraid to stray off the path you've laid out for yourself. While it's all fine and great to have your life planned out to a T, sometimes you need to breakaway from what you believe is to be your life's purpose. If any film will inspire you to do so, it's Mona Lisa Smile. Set in the 1950s, the new art professor at Wellesley College sets out to teach her female students to confront society's archaic standards. Thought-provoking, to say the least! 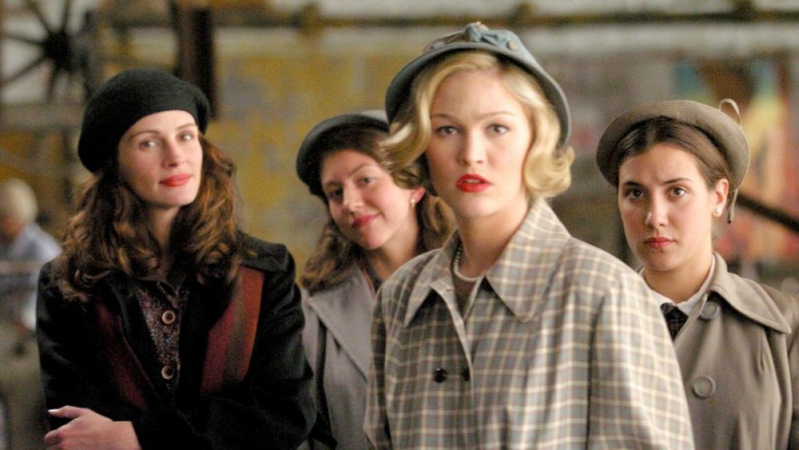 With your sign being represented by scales, you're known for being a well-balanced person. You crave justice and equality for all, so your diplomatic ways come in handy when problems arise. You also enjoy being surrounded by art, which is one of the reasons why the movie Big Eyes is just for you. The film is based on a true story and stars Amy Adams as artist Margaret Keane, whose husband steals her work and sells it as his own. Seeing Margaret deal with this sort of injustice will light a fire under you to bring fairness to the world. 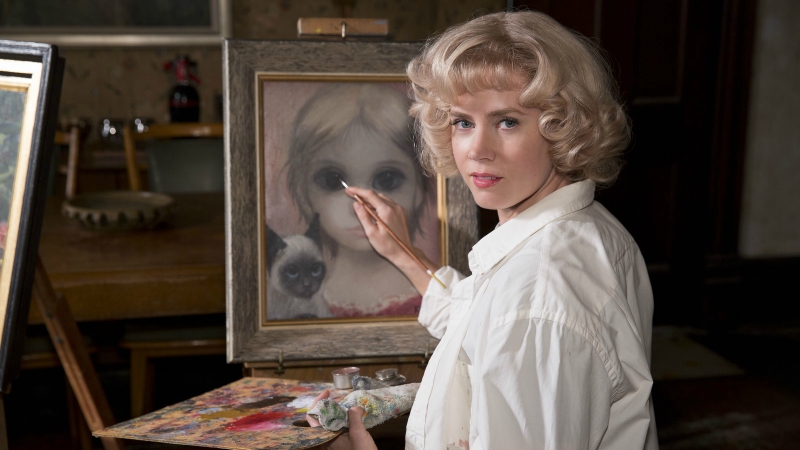 Assertive is your middle name, Scorpio. You have no problem telling it like it is, which makes you seem a bit stubborn to those who aren't totally acquainted with you. You take a strong liking to the truth, and you're always trying to get to the bottom of things. Because you enjoy discovering facts so much, the cutesy documentary A Dog's Life is a flick you'll love watching. It discusses what really goes on in a dog's brain, something you can finally learn. It's certainly the perfect film to watch with your pup, too! 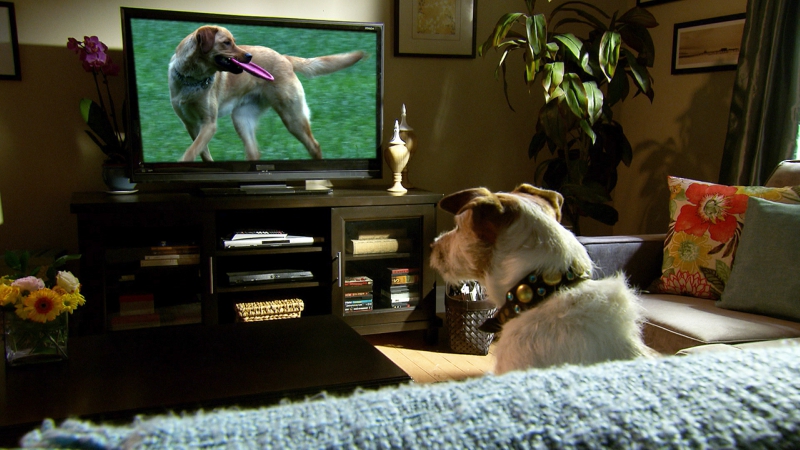 You fancy adventure over anything else, Sagittarius. Traveling the world in search for the meaning of life is really all you care about. While you may not be able to physically visit every corner of the globe, you can do so in the books you read, music you listen to and movies you watch—especially the documentary Encounters at the End of the World. Following Werner Herzong as he travels to Antarctica, the film showcases breathtaking images of Mother Nature leaving you longing to plan your own trip to the snowy land. 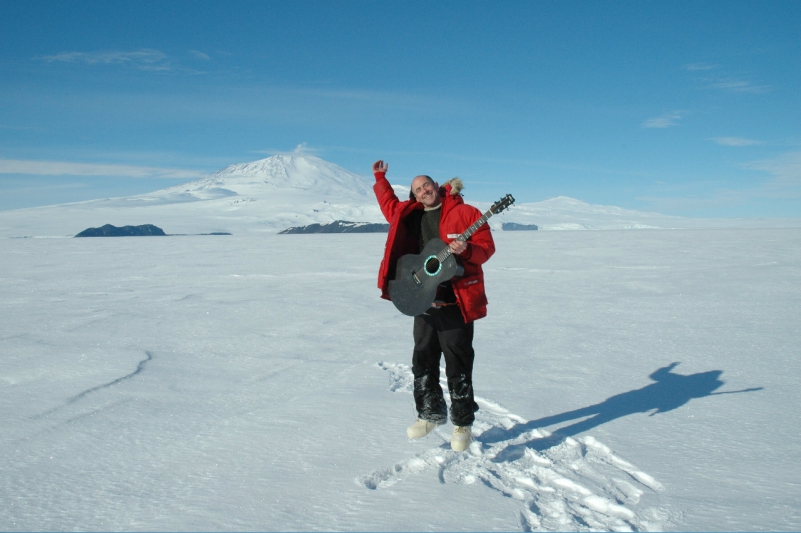 (Encounters at the End of the World via Discovery Films)

You're the traditional family type, Capricorn. Your loved ones are the most important thing in the world to you, so you'd do virtually anything to keep them happy and healthy. It's pretty obvious why Lilo & Stitch is the film you'd most enjoy watching. Redefining the meaning of 'ohana, it's the best movie you can watch with your loved ones. What are you waiting for? Put it on now! 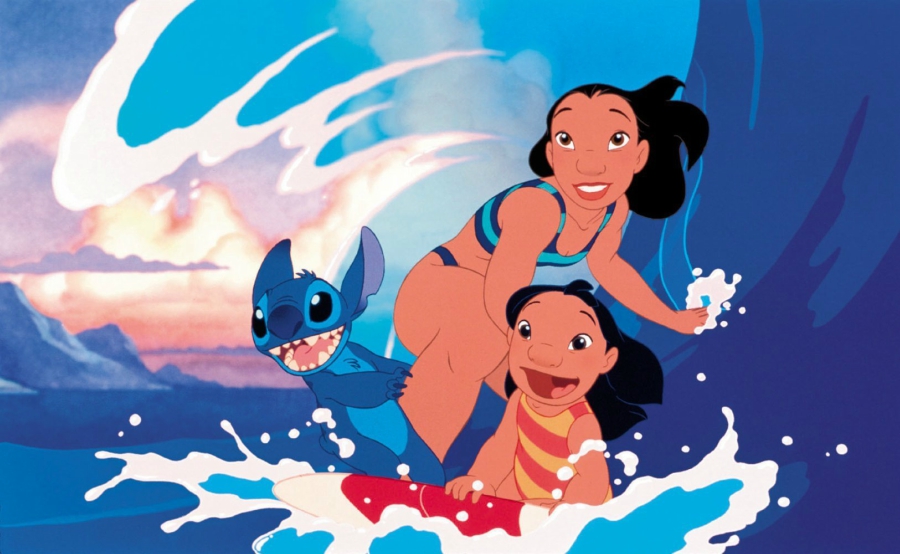 Ever wondered which Disney Channel heartthrob is right for you? Click HERE to find out who your zodiac sign thinks is your perfect match.