Even the biggest fan of The Kissing Booth has to watch something else every once in a while.

If you've watched it so many times you can recite the movie by heart, it's time to take a break by watching a movie that's like The Kissing Booth. Keep scrolling for a list of movies that'll satisfy all your rom-com needs—and they're all just a few clicks away on Netflix.

It takes one car crash for track star Kevin to lose everyone he cares about. His girlfriend, his best friend, his track team and his coach all die in the accident. When he transfers to a new school, only endless running helps him feel connected to the people he's lost. His new classmate, Ellie, can see that he's suffering, but is opening up to her a betrayal to the memories of the past? 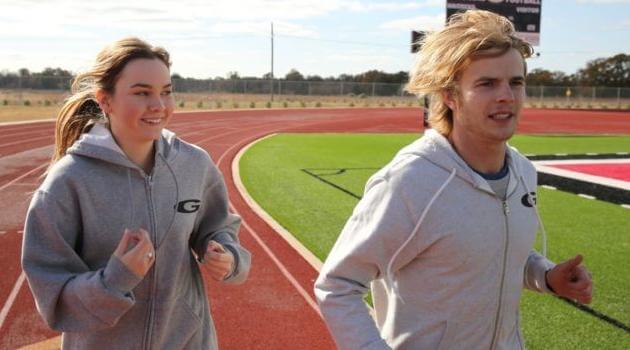 (1 Mile to You via Gravitas Ventures)

Lona is shy and her single mom has always struggled to make ends meet, but that's not going to stop her from going to her dream college with the help of a debate scholarship. Her debate rival, Bennett, has always been well-off, and the two have been bitter rivals since childhood because of bad blood between their mothers. When their moms get them kicked out of a one-on-one debate competition, they're forced to put their feelings aside and join forces on their school team. As they actually get to know one another, a whole new variety of feelings begin to develop. 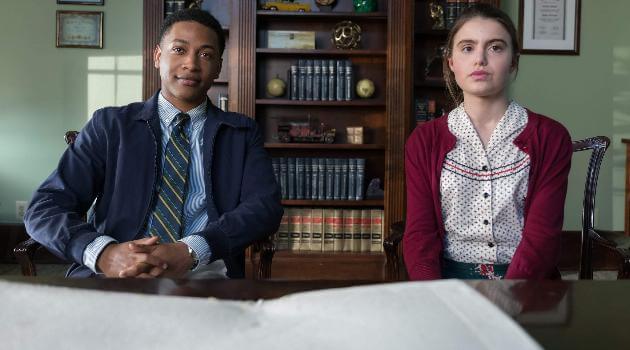 After her dad dies, Sam's wicked stepmother forces her to do all the janitor work at the family diner. She dreams of getting out of her unhappy home life by attending Princeton, only sharing her true feelings with an anonymous penpal online. Little does she know, this penpal is actually Austin, the most popular guy in school. They fall for each other and agree to meet at the school dance. But when Sam finds out her penpal is Austin, she hides her own identity, worried she'll be rejected if Austin finds out who she really is—even after he goes searching for his Cinderella once the dance ends. 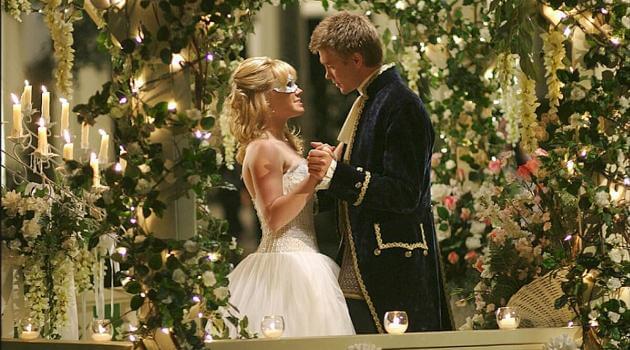 When a prep school's principal is arrested for embezzling millions from the school, its students are thrown into disarray. His son, a loner named Jason, teams up with a hacker named Alice to break into the U.S. Mint to steal a load of money and save the school. Jason's ex, Dakota, and the school's top athlete, Benny round out the team to pull off the ultimate heist, with unexpected romances blossoming along the way. 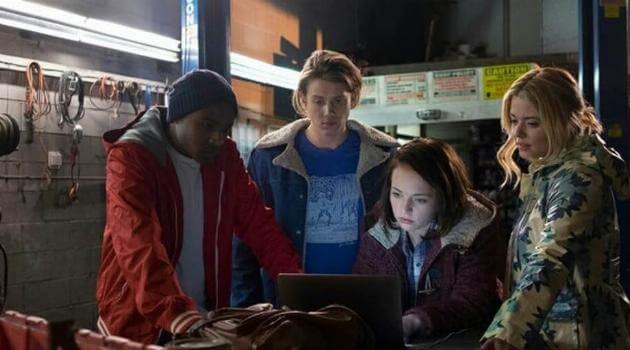 Dave is infatuated with a super popular girl named Jane. As he's practicing his confession of love, he meets Aubrey, who's pretty sure his prepared speech won't do much to woo her. They wind up talking the whole night, but she warns him not to get too attached to her, since she has a boyfriend. As Dave and Jane grow closer, Aubrey feels conflicted about her feelings for Dave just as her relationship with her boyfriend is getting more serious. Are Dave and Aubrey are meant for each other, or does life have other plans for them? 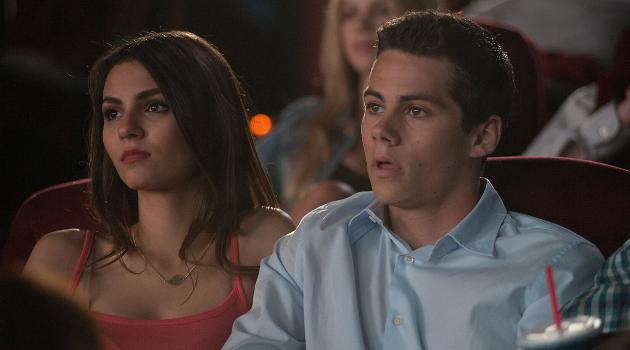 Cyrus is a super talented rapper, but he hides his identity because he's shy and his pastor father would never approve. He wishes he was more like his outgoing best friend, Kris. Roxi is a pop star who was friends with Cyrus and Kris when they were kids. When she holds a songwriting contest, Cyrus wins, but due to a case of mistaken identity, Roxi thinks Kris is the writer, and Cyrus lets Kris take the credit because he has a crush on Roxi. As Roxi and Kris fall for each other and Kris becomes a superstar himself, Cyrus becomes jealous and wishes he had told the truth—but it might be too late to take back what he's done. 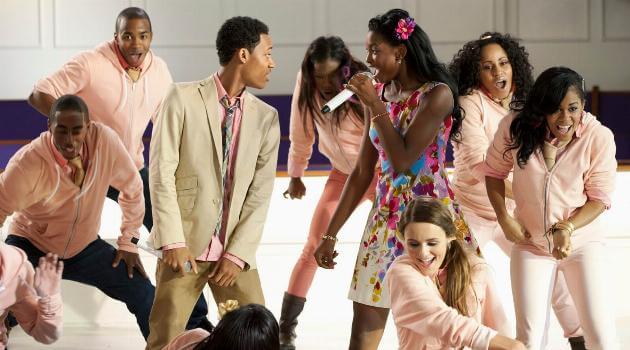 (Let It Shine via Disney Channel)

Naomi and Ely have always been best friends. The two have a "No Kiss List" of the guys that neither of them is allowed to date. When Naomi starts dating a guy named Bruce, things are going great until Ely and Bruce become friends, and the two wind up kissing. Ely confesses to Naomi, who doesn't take the kiss seriously until she discovers that Bruce intends to take things further and cheat on her. She's seriously hurt that Ely would deceive her—and it doesn't help that Naomi is also secretly in love with Ely. 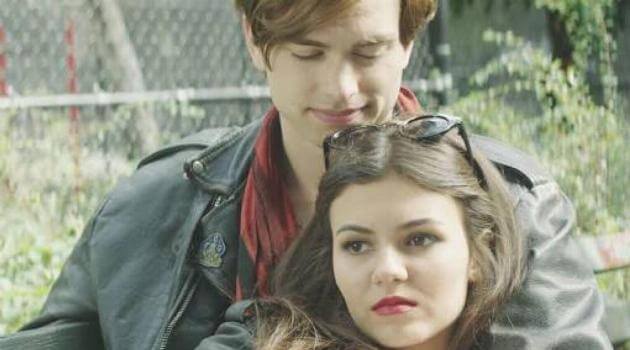 Dani has always been the smart one, happy to spend her days geeking out with her bestie, Freddie. But that changes when she catches the eye of jock swimmer Cameron, despite the fact that she's dating social influencer Alexa. With new attention from Cameron, as well as Alexa trying to recruit Dani to her squad, Dani has to figure out who she truly is and see if Cameron really is worth losing her best friend over. 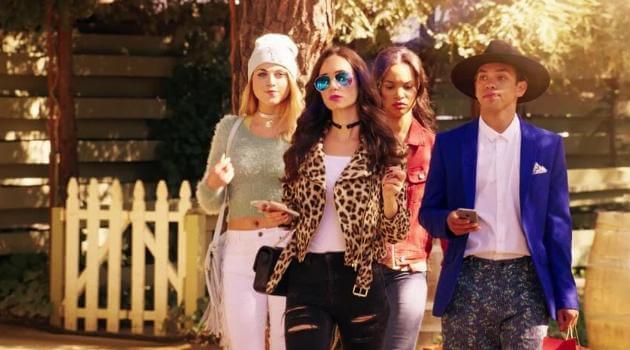 Before country guitarist Ash showed up in her life, Penny thought she had everything figured out. She spent years obsessing over Johnny, a cute surfer, before the event of his father's death allowed the two to become close. Penny thinks she's happy with Johnny, but her attraction to Ash makes her question everything as she considers sacrificing what she has to try something new. 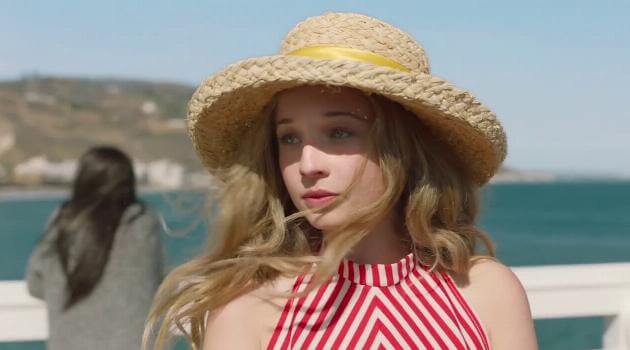 Eight teens compete for a chance to win a new car. All they have to do is outlast their opponents and keep one hand on the car at all times. Competitors Amy and Farrell absolutely despise each other, but they'll have to put up with each other for days, without sleeping, if they're going to have any chance of winning. And maybe it's the lack of sleep talking, but they might actually grow to like each other, too. 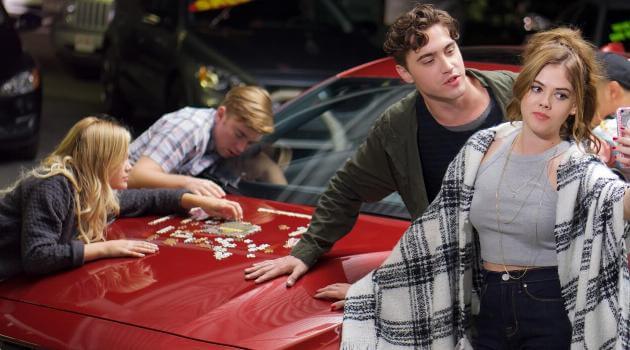 (The Standoff via Vision Films)

If you're not quite sure about the end of The Kissing Booth, click HERE to find out all the reasons Elle and Noah actually shouldn't be together.