The Most Popular Reality Shows On Netflix, Ranked

While your favorite fictional shows might be your go-to, there's also plenty of engaging reality TV content available on the streaming service. From the sweet to the utterly ridiculous, these shows can't offer a gripping narrative, but they can offer plenty of drama.

If you've completely run out of things to watch, it's time to explore a new genre. Keep scrolling for the best reality shows on Netflix, ranked from okay to amazing.

We can't put our finger on it, but something about cooking shows makes them completely addicting. Nailed It!, however, adds a sense of humor to the popular baking show formula. Instead of experts who know how to bake, Nailed It! brings in very average bakers who just don't have the skills to pull off stunning creations. Nonetheless, they're asked to put together masterpieces you'd see on any big baking show.

As you can probably guess, it doesn't go well. But that's the point! The bakers are meant to fail, mostly because it's terribly funny watching them try to put together these insane creations. While the show is certainly entertaining, we'll admit the formula gets tired after a while. It's the perfect thing to watch every now and then, but you probably won't watch to binge it all in one sitting. 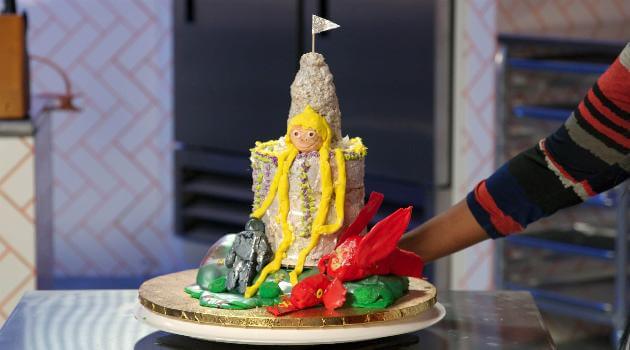 (Nailed It! via Netflix)

With only six episodes, Dating Around follows six singles who each go on five first dates with five very different people. Inspired by the seemingly endless choices people now have when choosing a partner, Dating Around allows viewers a peek into the lives of a diverse range of people who are all looking for that special someone.

Dating Around is so unique because it doesn't focus on a happy ending. At most, someone might choose to go on a second date with one of their potential partners, though that's not always the case. Instead, the show leans into the potential awkwardness of a first date and doesn't shy away from some tough conversations. It falls at number nine on our list because there are only six short episodes. It will certainly keep you occupied, but only for a brief time. 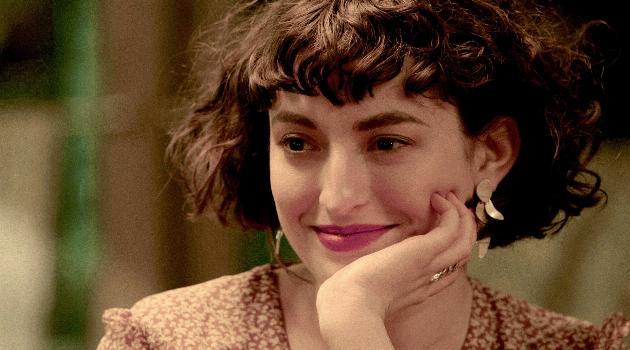 (Dating Around via Netflix)

8. Tidying Up With Marie Kondo

When Tidying Up With Marie Kondo first came out, it was a huge hit. And for good reason. There's something so satisfying about watching Marie sort through cluttered, messy homes and turn them into minimalistic masterpieces. Her entire method revolves around keeping only those items that "spark joy," and discarding the rest. It's a unique way of looking at things, and it certainly inspired us to get rid of a few unnecessary items from our own closets.

That being said, the show does move a bit slow at times. It's all part of Marie's sweet, unhurried personality, but sometimes we just want her to pick up the pace! It's a pleasure to watch, but you have to break up the episodes. If you watch them all in one sitting, you might just dose off. 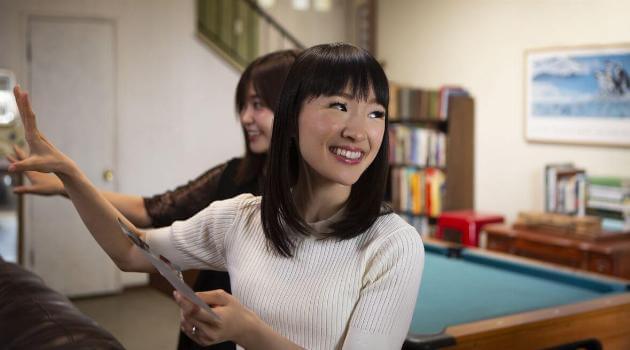 (Tidying Up With Marie Kondo via Netflix)

If you love The Voice, you'll be obsessed with Rhythm + Flow. In this singing competition series, hip-hop stars come together to find the next big thing in rap music. The show features Cardi B, Chance the Rapper and T.I. as the series' judges who help narrow down the pool of talented rappers.

While Rhythm + Flow follows a well-known formula, it brings its own freshness to the world of singing competitions. Each of the judges bring their own unique perspective, and the show itself is filled with an authenticity not often seen on cable TV competitions. Plus, who doesn't want to see Cardi B in action? That alone is the perfect reason to watch the show. 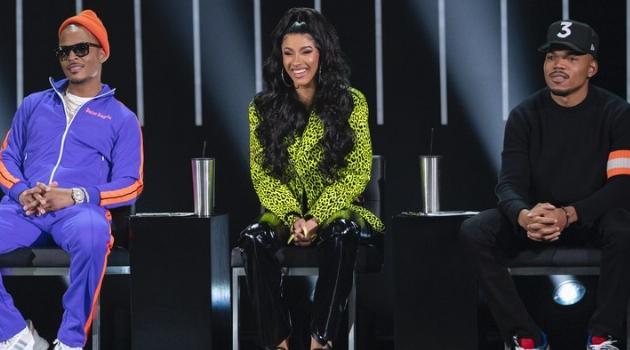 An Australian TV show, Instant Hotel belongs on HGTV. In this competition series, owners of vacation homes stay in each other's houses and rate each guest accommodation on a variety of criteria. In the end, the contestant with the best home hotel, based on the scores of their competitors, wins the grand prize.

It's such a simple idea, but it works so well. Each contestant stays in a new home while keeping in mind that their final score could affect their own ability to win. Plus, everyone is so incredibly attached to their Instant Hotel. They all believe their hotel is the best, which leads to plenty of tension and drama that's so fun to watch. While season two was a bit of a letdown compared to season one, it's still perfectly enjoyable, lighthearted television. 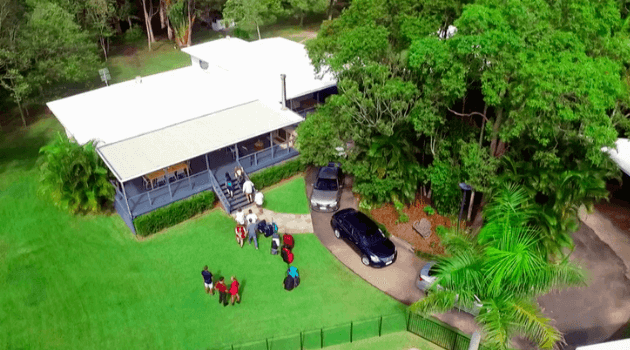 Honestly, The Circle is one of those shows that you just have to watch to truly understand. Basically, a group of strangers moves into the same building, but they can only communicate with each other through an app called The Circle. Each week, the players rank their fellow contestants, putting their favorite people at the top. In the end, the most popular player wins $100,000 dollars.

The catch is, people can be anyone. Whether they choose to be themselves or a catfish, communicating solely through the app adds an entirely new layer to the game. It's riveting to watch, particularly in the first few episodes. Unfortunately, The Circle falls at number five on our list, but only because there are so many good shows left. But really, if you're wondering about the power of connecting with people over social media, you need to watch The Circle. 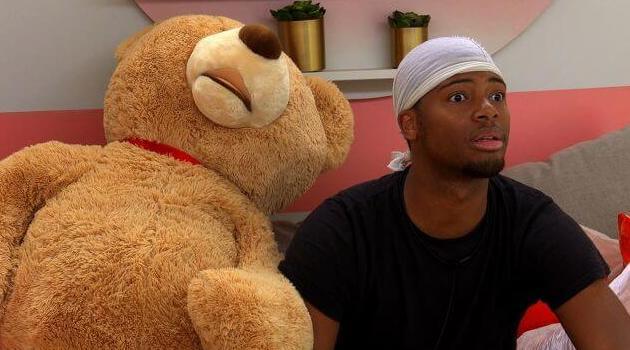 (The Circle via Netflix)

The newest addition to Netflix's ever-growing repertoire of reality TV shows, Love Is Blind is like 90-Day Fiancé meets Married at First Sight. At the start, a variety of contestants stay in one complex separated by gender. The men and women are allowed to interact with each other only in pods, where they can hear one another's voice but can't see each other. Without seeing the other person, a couple can decide to get married. Once they make that decision, they have a month to move in with their S.O., meet their family, and plan a wedding.

It's truly crazy, but it's so interesting to watch. The premise of the TV show revolves around taking out the superficial aspects of a relationship and seeing if you can fall in love with someone for who they are at your core. That's all well and good, but the fact that the couples then have to get married really kicks up the intensity. It's such a ridiculous show that sometimes it's difficult to truly get into it, but it's so full of interesting relationship dynamics that you can't help but watch. 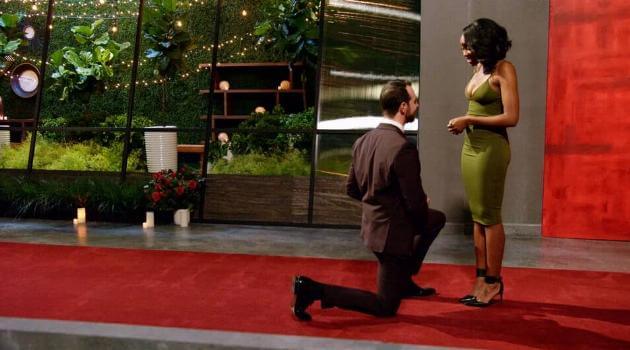 (Love Is Blind via Netflix)

Cheer is a docuseries that follows the Navarro College competitive cheer team as they prepare for their national competition. It sounds so simple, but it's so intense. Most normal people know nothing about the world of competitive cheerleading, and Cheer doesn't hold back in addressing all the highs and lows.

The cheerleaders put their bodies through so much, all for a little over two minutes of competition. Over the course of the series, you truly get attached to certain characters, which makes it all the harder when things go wrong for this cheer team. Even though it's meant to be a short docuseries, we could easily watch many more hours of this addictive show. 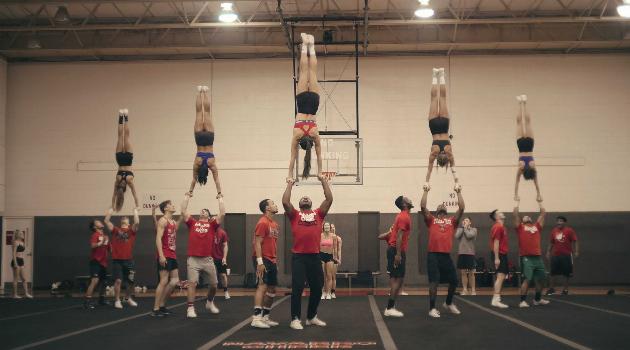 Remember when we said that cooking shows can be addicting? That's certainly the case for The Great British Bake-Off. This popular British TV show pits a group of amateur bakers against each other in a difficult ten-week competition. Even though the competition itself is fierce, however, the bakers are not. No matter what happens, the contestants are just so kind to one another. They truly root for one another's success, and will even help struggling competitors to complete their bake on time if the clock is not in their favor.

The Great British Bake-Off is simply heartwarming television. It's relaxing to watch as the stakes are never too high, but it's just interesting enough to have you rooting for your favorites to make it to the next round. There's nothing bad we can say about this lovable television show. 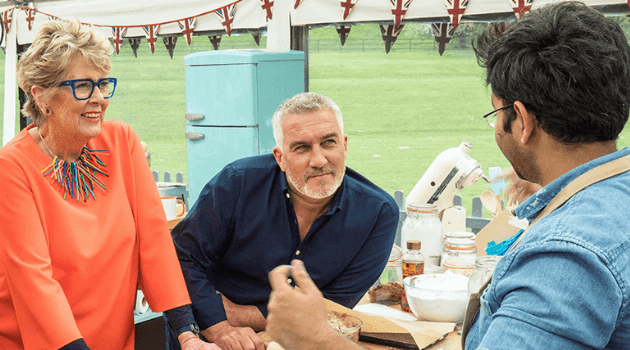 (The Great British Bake-Off via PBS)

Of course, Queer Eye is the only choice to top this list. Who in their right mind could watch the Fab Five work their magic and not instantly fall in love with the show? In this series, five men—Karamo Brown, Antoni Porowski, Tan France, Bobby Berk and Jonathan Van Ness—band together to help people from all different backgrounds rediscover their joy and love for life.

Unlike most reality shows that are filled with pointless drama, Queer Eye focuses on uplifting its many contestants. It's nearly impossible to get through an episode of this show without crying. Thankfully, we doubt the Fab Five is going anywhere any time soon. 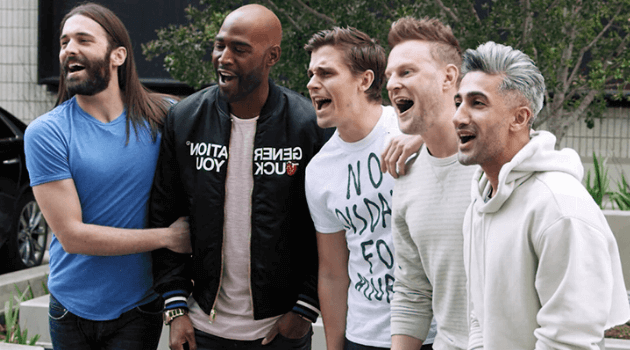 Looking for more Netflix content? Click HERE for a definitive ranking of the ten most popular Netflix original teen movies.