13 Struggles You'll Only Understand If Netflix Is Your Life

We're not sure what we'd do without Netflix.

It's the source of many of our joys in life, as well as a number of our pains. If Netflix is your life, you'll definitely relate to these 13 struggles.

1. When the next episode is taking too long to load up and you accidentally read its absurdly spoiler-filled description. Who writes these things? 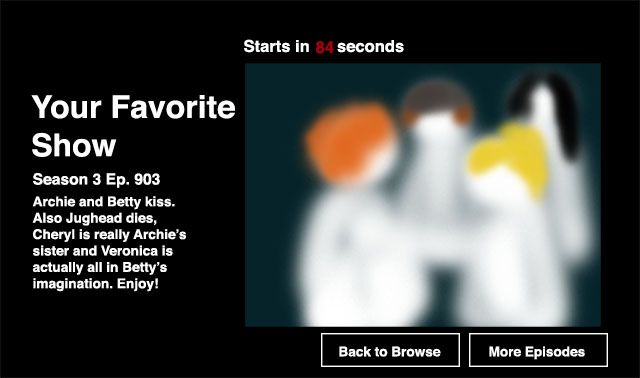 When Netflix asks if you're still watching pic.twitter.com/DKOTebDjcR

3. Reaching the end of a six-season binge and the next season isn't on Netflix yet.

4. Or worse, you get to the season finale and your show is done forever.

5. And even worse than worse, the show can get canceled mid-season, with no resolution in sight. Leaving important stories unfinished should be illegal.

6. When your recommendations make no sense based on your viewing history and seem to be actively preventing you from finding something worth seeing.

7. Spending way more time looking for something new to watch than you spend actually watching it.

8. Or—who are we kidding? When, instead of trying something new, you just binge-watch the seven seasons of the same show for the umpteenth time because trying new things is scary.

9. When you share an account with your mom, dad, three siblings and third cousin, twice-removed and too many people are watching at once for you to even get on. 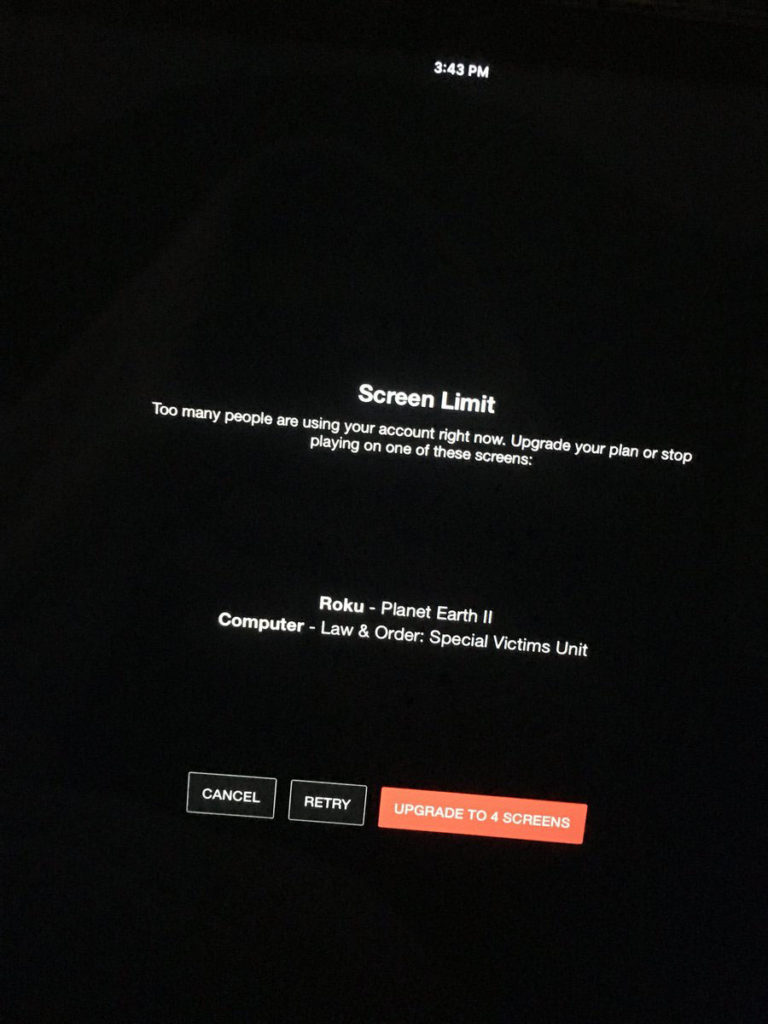 10. When a new season of your show drops and there are spoilers everywhere within hours because somehow everyone else managed to watch the entire thing between midnight and the start of school Friday morning.

11. When Netflix randomly has the first and the third movies in a series, but somehow the second is nowhere to be found.

12. When Netflix makes you lie to yourself about being a productive, functioning member of society when really you're going to spend the entire weekend watching it.

13. Worst of all, when your favorite show or movie drops off the face of Netflix. Who has the time and energy to buy a DVD and put it in the player?

If you don't have enough time in the day, click HERE to find out how to watch your favorite Netflix shows even faster.