Your days of not being able to find some of your dream emojis are nearly over, and not a moment too soon.

For years, we've lived without being able to include images of superheroes, supervillains and soap in our texts. It's been a struggle, hasn't it?

At long last, the latest update to the Unicode Standard is here. Called Unicode 11.0, it's an expansion of the emoji library that introduces a variety of new options, including animals like badgers and hippos, emotional states, food and household items, among others. You can even create new combinations of gender, hair color and skin tone. 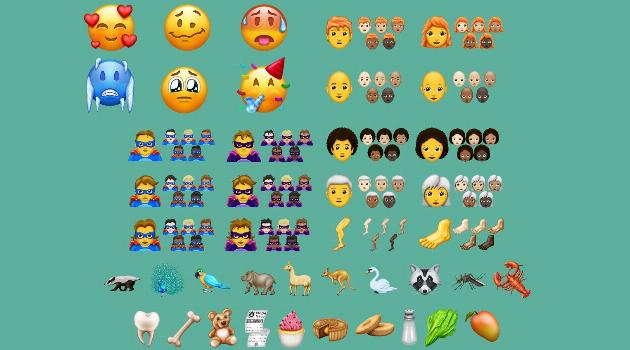 The Unicode 11.0 list at Emojipedia includes sample images for 157 new emojis; they'll get different takes by the time they make their way onto our phones. Overall, it's an eclectic group and a fun one, too. Our texts and social media posts and messages are going to have new flair.

Of course, it can't all be good news. Although Unicode 11.0 has officially hit as of today, there are still barriers to us being able to actually use the emojis. As Emojipedia puts it, June 5 "signals the date which companies can begin supporting the new emojis." It will still take time before companies like Apple, Google, Samsung and Microsoft ultimately bring the little images to us. The website suggested that it could be the second half of 2018 before the new Unicode 11.0 emojis are available for use.

????‍♀️ We're getting a lot of tweets asking why iOS isn't showing new emojis yet. Unicode 11.0 comes out from @unicode today but iOS isn't likely to support the new emojis until late 2018‼️ Here's how they might look ???? https://t.co/3HlVhfhd44 pic.twitter.com/70uRJUh21I

It'll be worth the wait. Until then, just imagine a smiling face with three hearts right here.

If you want tips for flirting with your crush on Instagram, click HERE for tips on chatting them up.