English-Irish trio New Rules are making a big splash on TikTok at the moment, and their new single, "Really Wanna Dance With You," makes it immediately clear why that's the case.

The fun new track (and its music video) are both out today, with a catchy chorus and a beat that's impossible to resist. It's a song about gathering the courage to ask someone to dance, and members Alec McGarry, Nathan Lambert and Ryan Meaney vibrantly bring the new track to life.

We just had to learn more about New Rules and the story behind "Really Wanna Dance With You," and the band was kind enough to fill us in on all the details.

Sweety High: What would you say each of your roles is within New Rules?

Nathan Lambert: Mom of the group and crazy one behind closed doors. 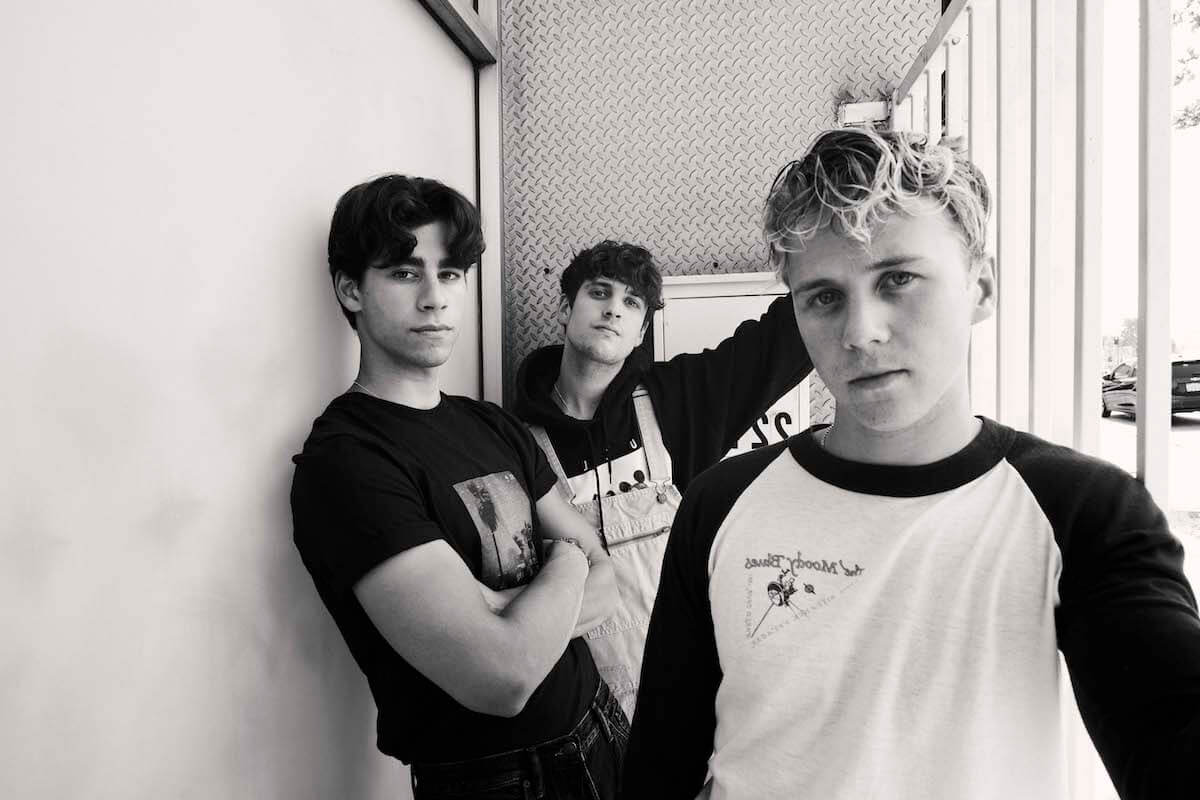 SH: What does the name "New Rules" mean to the three of you?

New Rules: We like to think that there aren't a lot of people out there doing what we're doing, in the sense that we're a pop band but we're also just three music-obsessed best mates who love to write, play and sing. We also think the Dua Lipa song slaps.

SH: What was the songwriting and recording process behind "Really Wanna Dance With You"?

New Rules: The three of us wrote this song in lockdown in the loft of our house where we'd made the world's worst studio. We recorded all the vocals as we were writing it in the studio and those original vocals are the ones on the finished track! We had a rough demo but really wanted to finish it so we sent it to our producer friend, Josh, who knocked it out of the park!

SH: What does the song mean to you? Was it inspired by a real person?

New Rules: It was inspired by a night out just as bars in London were starting to open back up after lockdown. A group of girls were across the bar from us and we nominated Alec to go over to chat. Apparently starting with "hey" works!

Alec McGarry: I must be so bad at talking to women that the one time it worked, we had to write a song about it.

New Rules: We love how much of an image there is in, "My shoes stuck to the floor and the bell rang for last call." We've all been there at closing time in a bar. Although we didn't know that a bell ringing for last orders is just a British thing, we quite like how that'll hit home for a lot of people this side of the pond.

SH: At what point did you decide to bring your music over to TikTok? Have you been surprised by the huge success you've found there?

New Rules: We've been on TikTok since 2019, but it was only in lockdown that we really put our heads together and worked out the best ways to showcase our writing, singing and original music. To be honest, we're still working it out, but we've been pretty overwhelmed by the reaction to our videos. We're feeling the love internationally and can't wait to play in person for the lovely people of TikTok.

SH: What would you say has been the highlight of your career together so far?

New Rules: Our headline tours have been really special, playing sold-out shows in venues we used to attend gigs in all the time. We've yet to do any major shows in America, but when we do, we think that'll be a new highlight for us. We can't wait!

Love learning more about your favorite bands? Click HERE to read our interview with PRETTYMUCH's Brandon Arreaga on their single, "Trust."