And it turns out that their car is just as enviable as their relationship. In a new episode of That's My Ride, made in collaboration between PEOPLE Magazine and Sweety High, the duo goes for a ride with host Markell Washington, dishing on their lives and the car that gets them where they need to go.

Real-life couple Nicky Champa and Pierre Amaury Crespau met at a movie audition all the way back in 2017, and the two have been inseparable ever since. They even moved in together just a month after they met. They also started making content together for YouTube, Instagram and, most notably, TikTok. It's clear that their charisma and chemistry have captivated their fans because their videos have earned the duo millions upon millions of subs and followers together. 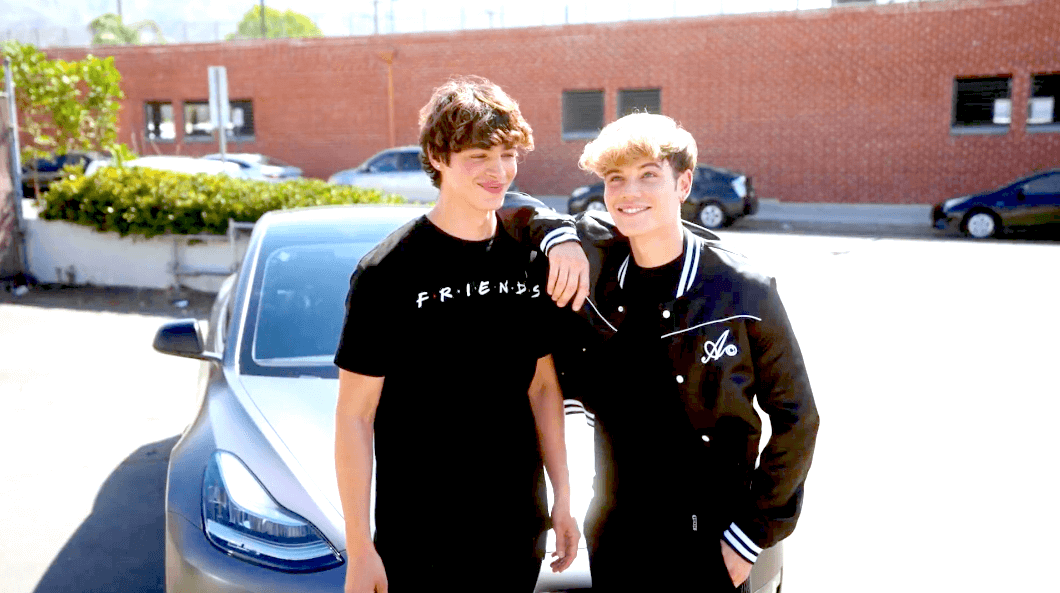 Nicky and Pierre's gorgeous Model 3 Tesla actually makes an appearance in a lot of their videos, so it only makes sense that it's the star of this episode of That's My Ride. Across two videos, they share the story behind the car's satin grey wrap and color-changing Tesla logo before they bring Markell Washington along for a ride.

It turns out that Nicky and Pierre actually bought the car together as a birthday present for each other. Their birthdays happen to be on Sep. 12 and Sep. 13 respectively, basically making them Virgo twins. Nicky also teases the duo's European road trip—and getting Pierre to teach him to drive stick shift. Watch both full episodes below.

If you loved this, be sure to follow PEOPLE Magazine on TikTok so you don't miss a thing. You can also click HERE to learn more about host Markell Washington and That's My Ride.