Everything You Need to Know About Supergirl Actress Nicole Maines

Actress Nicole Maines is making some major waves both on and off screen.

We absolutely adore her as Nia Nal, AKA Dreamer, in Supergirl on the CW, but she's also super in her own right in real life. The transgender actress is also a trans rights activist making big strides in the fight against discrimination, and Dreamer is even TV's first trans superhero.

We adore Nicole, and were delighted to learn about her experiences and the things that make her unlike anyone else. Keep reading to discover what you need to know about Nicole Maines. 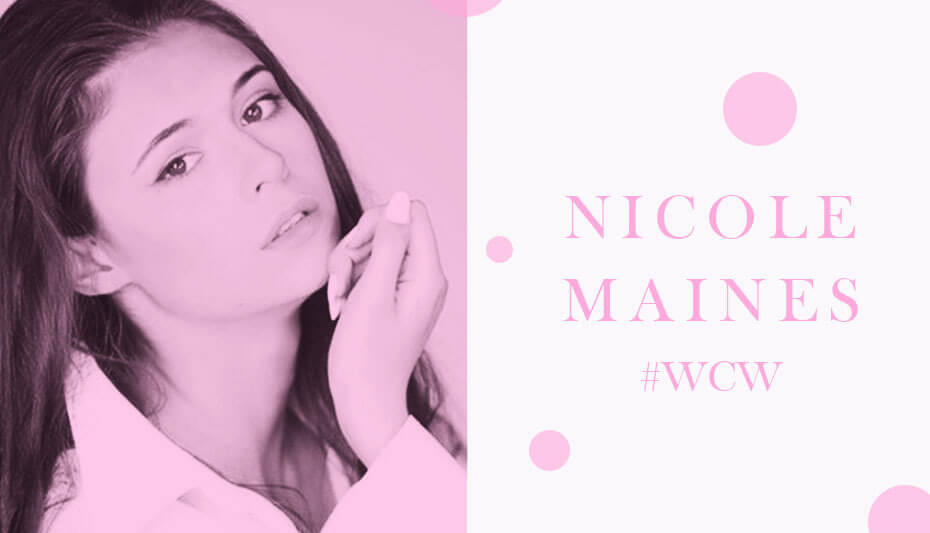 1. One of Nicole's very favorite meals at home is meatloaf.

"It's not very glamorous, but my mother makes insanely good meatloaf and I miss it whenever I'm away from home."

2. She says the scariest thing she ever did was perform in drag for the first time in front of a huge audience.

"For Pride Week while I was in college, they put on a drag show in the auditorium. The feeling when the music started and I was about to step on stage was nothing short of bone-chilling. So much fun though."

"It gets all of the hate but I love it. Obi-Wan was peak sassy and the Battle of Geonosis is always cool to me. Also, that scene where Anakin cuts the pear and Force-lifts it onto Padmé's fork? Move over, The Notebook."

4. One of her strangest hobbies is practicing various moves using Dream Energy—one of Dreamer's powers in Supergirl—in the mirror.

"It would look a little strange to anyone passing by. I practice different ways of shooting energy blasts or putting up shields or making lassoes. I look nuts."

5. She's had plenty of crushes on fictional characters in her time, but at the top of the list is Jim Hawkins from Treasure Planet.

"They had no business making him that fine."

6. Nicole considers herself to be very much a gamer.

"My favorite series is Bayonetta. They've been in development of the third one for a while and I really need it to get released."

7. If she could pick anyone from history to pick her mentor, she'd choose gay liberation activist and drag queen Marsha P. Johnson.

"She was such a pioneer and so inspirational and she sure knew how to throw a glass. Look it up."

8. She collects key cards from hotels and has over a hundred of them saved up.

9. She says she couldn't live without eyeliner.

"I've spent years perfecting my eyeliner game and I refuse to put those skills to waste."

10. Above all, Nicole wants people to understand that she believes laughter really is the best medicine.

"No matter what's happening in your life and in the world, if you can laugh, you'll be alright. And if you can make someone else laugh, that's a gift like nothing else."

Who's your biggest woman crush? Click HERE for #WCW Instagram captions to celebrate the women you adore.