In the latest episode of Sweety Spotlight, Scottish singer-songwriter Nina Nesbitt heads to the Sweety High studio to chat all about her amazing musical career and share her talents with us!

In an interview with host Alex Schiffman, Nina dishes on the biggest musical differences between the United States and the United Kingdom.

She also talks about how a chance encounter with Ed Sheeran helped propel her career into the limelight! After performing one song on the guitar for Ed, he invited her to join him on tour!

Nina celebrates her hit single "Selfies" by playing a game called Selfie Scenarios, in which she acts out a number of emotional situations by taking expressive selfies!

She also shares the top three songs that are stuck in her head before performing a beautiful acoustic version of her song "Stay Out"!

For more on Nina Nesbitt, check out our previous interview with her here. You can also share your own selfies and much much more with us in our community at SweetyHigh.com! 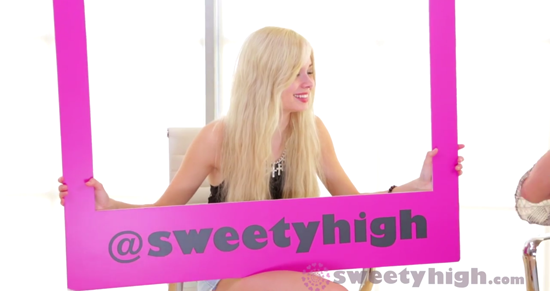