When Nintendo sent me the new Nintendo Labo VR Kit, containing the Starter Set and Blaster, I thought I knew what I was getting myself into. I was wrong. 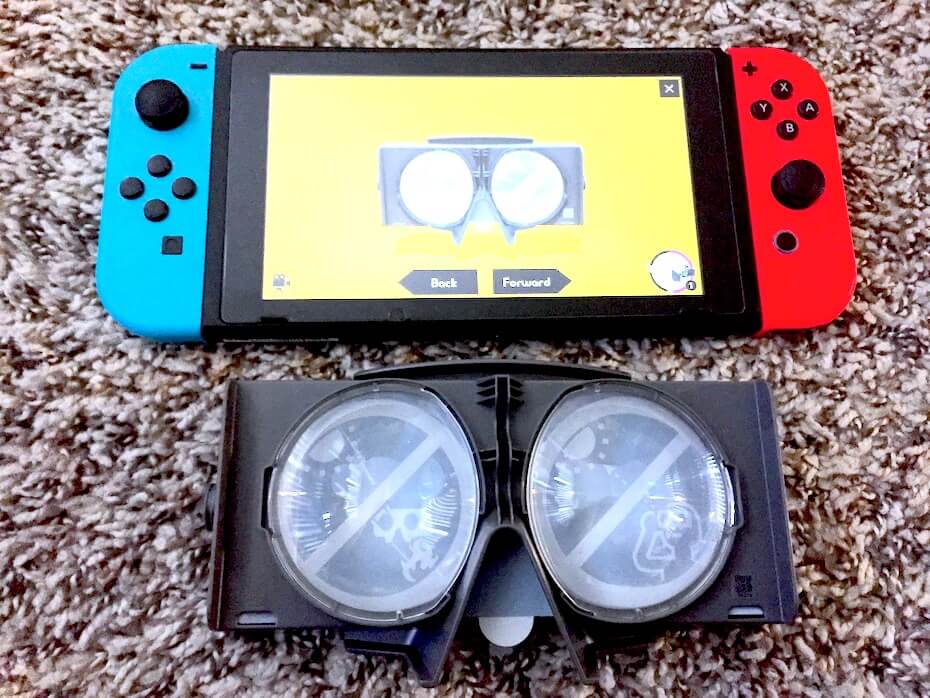 While I initially planned to do a relatively straightforward review of the process of building and testing out that Labo kit, it wasn't long before I heard that a couple of virtual reality updates would be coming to existing Nintendo Switch games—namely the incredible The Legend of Zelda: Breath of the Wild and Super Mario Odyssey— within a couple of weeks.

I did have a ton of fun popping cardboard pieces out of sheets and piecing them together just-so to built out awesome peripherals for the Switch, as well as playing the mini-games for the new Labo set, but I decided that the way the big games handled virtual reality would be the accessories real test. 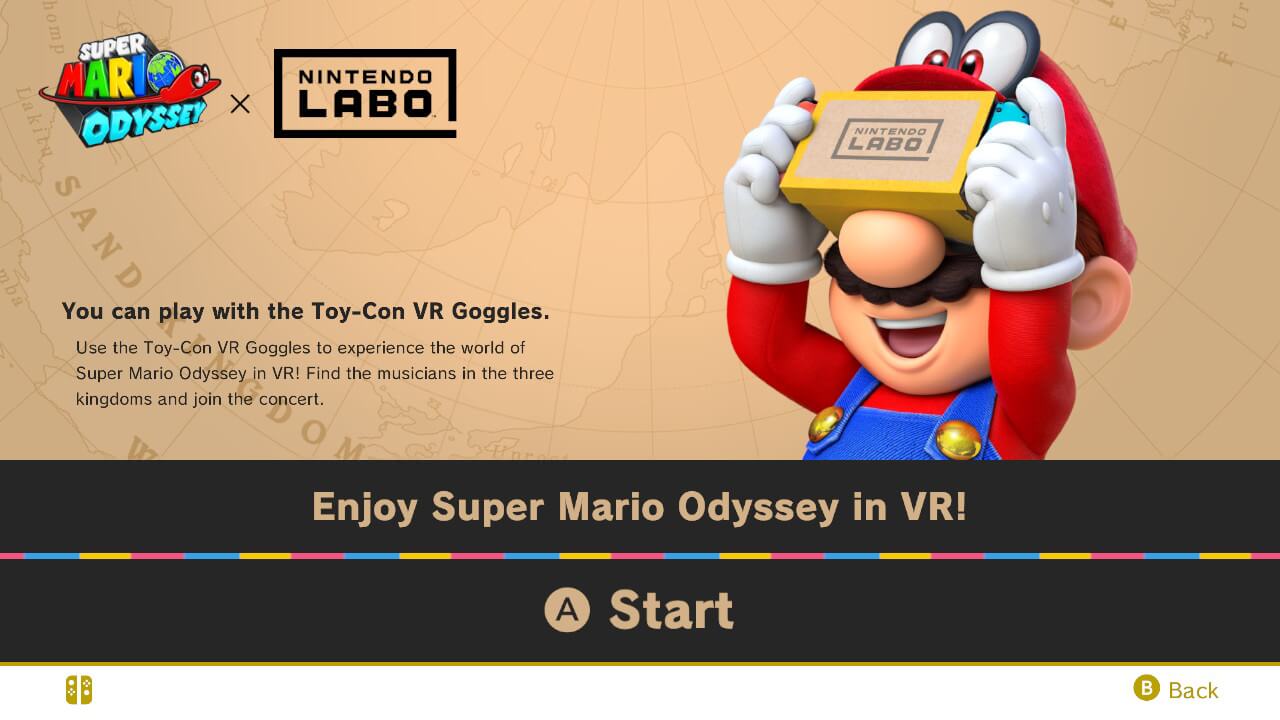 First, I was eager to get my hands on the new VR content for Super Mario Odyssey. The game took a minigame approach in implementing the virtual reality aspects, bringing Mario back to the Bonneton, Bubblaine and Mount Volbono kingdoms from the game. In each of these levels, it's Mario's job to activate and complete timed music trials in order to unlock musical instruments and return them to their owners. 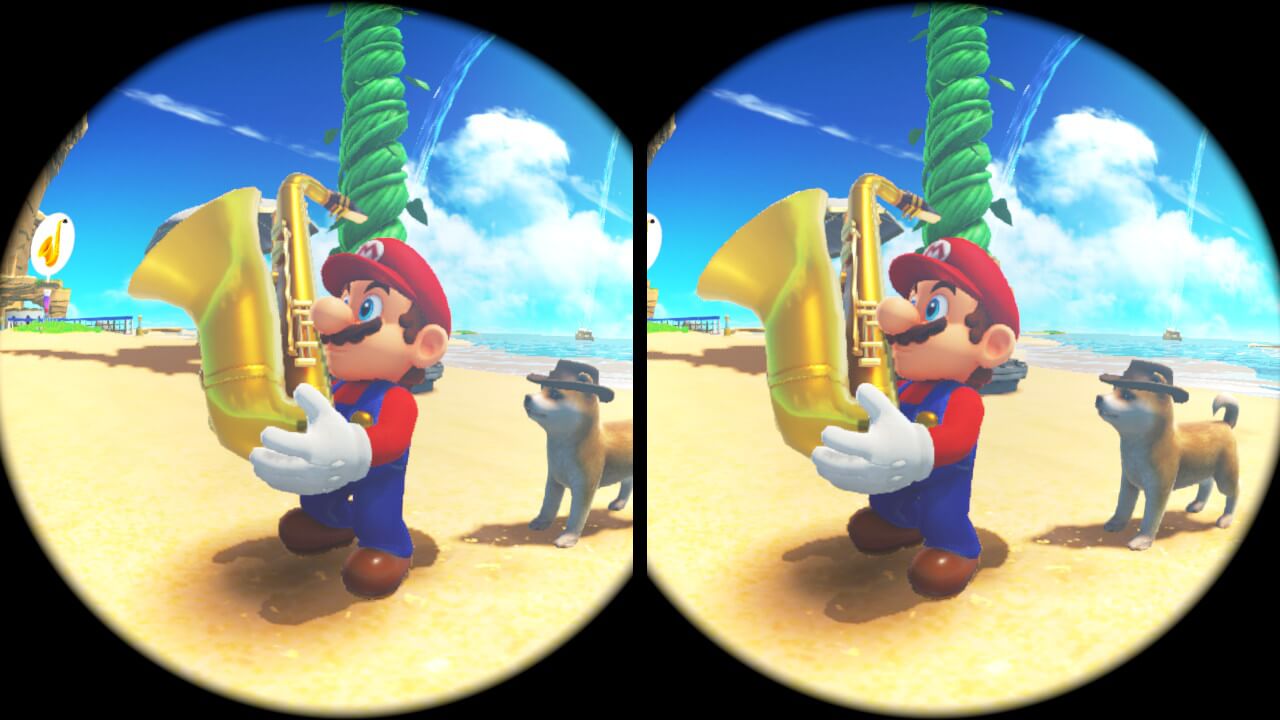 Each level has three instruments belonging to three musicians, and when each pair is reunited, they start playing a delightful rendition of the Super Mario Odyssey theme, "Jump Up Superstar." Completing this task for all three levels probably took me less than 15 minutes altogether, but the time spent really wasn't the point.

Compared to the rest of the game, the gameplay wasn't especially innovative or challenging. Here, the fun really hinges on how much you get out of seeing the world from a different perspective. When you think of VR, you probably imagine playing in the first-person, but this game maintains the third-person perspective while putting you in the center of the action. The camera is fixed in the center of the world, and to see around you in 360°, you have to turn your head. From my position sitting in a computer chair, I could easily turn in whatever direction I needed to see what Mario was doing.

While the platforming and motions I had to perform were simple, the novel perspective made it more fun than it probably should have been. I was also thrilled to find that I could wear my glasses without problem while using them. Though the game looked slightly pixelated through the VR goggles, that viewpoint gave the world depth and the made it feel immersive in a whole new way. There's also a motioned-controlled version you can play without the Labo VR goggles, if you're so inclined to check that out.

Once I'd completed those levels, I was also treated to another performance of "Jump Up Superstar" by Pauline herself in virtual reality, and though I didn't spend too much time in this mode, I thought it was worthy of seeing. There are also theater modes for the game's opening and closing cinematics that allow you to watch in 3D, which are cool, but a little stomach-churning. While I wish there was more to it to, especially with the epicness that is the rest of Super Mario Odyssey, I did enjoy my brief time with it.

I'm pretty prone to motion sickness, and when the visuals don't align with what my body is feeling, I can get sick pretty fast. This can make virtual reality pretty uncomfortable for me. At the same time, one of the biggest oversights of Nintendo Labo's VR Kit is that it doesn't include anything that lets you wear the Labo goggles, so you have to hold them up to your head, gripping it while playing with the attached Joy-Cons. After just 10 minutes, I found that my arms were already getting pretty sore from holding it up. The game even told me I should take a break. Still, I think the VR is completely worth trying at least once. 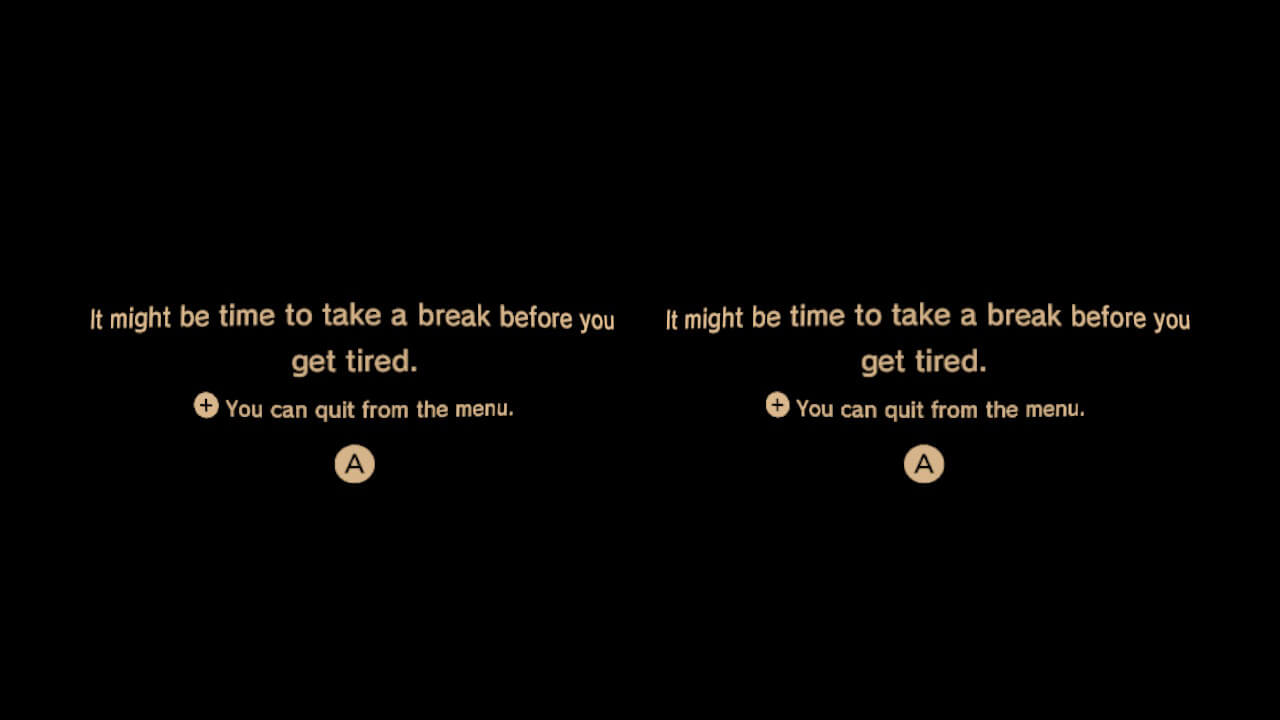 The Legend of Zelda: Breath of the Wild

I was even more excited—and concerned—about the Breath of the Wild VR because its features are a lot more extensive compared to what's available in Mario. Rather than programming in all-new minigames, its creators simply made the entire game playable in a VR mode. Again, this doesn't put you in Link's shoes, but allows you to view the action from a perspective that makes it feel like you're floating around Hyrule just behind Link.

Now, the game doesn't have great resolution through this lens, giving a simultaneously fuzzier and more pixelated look as your eyes work to blend the two images together. However, I felt that the immersive quality was spot-on, and I actually felt like I was there, with the objects in the foreground appearing to be right in front of me while the faraway backgrounds seemed to have real distance. Unfortunately, the game wouldn't allow me to record video while I was in this mode—not that it would have accurately captured the majesty of what I was seeing. 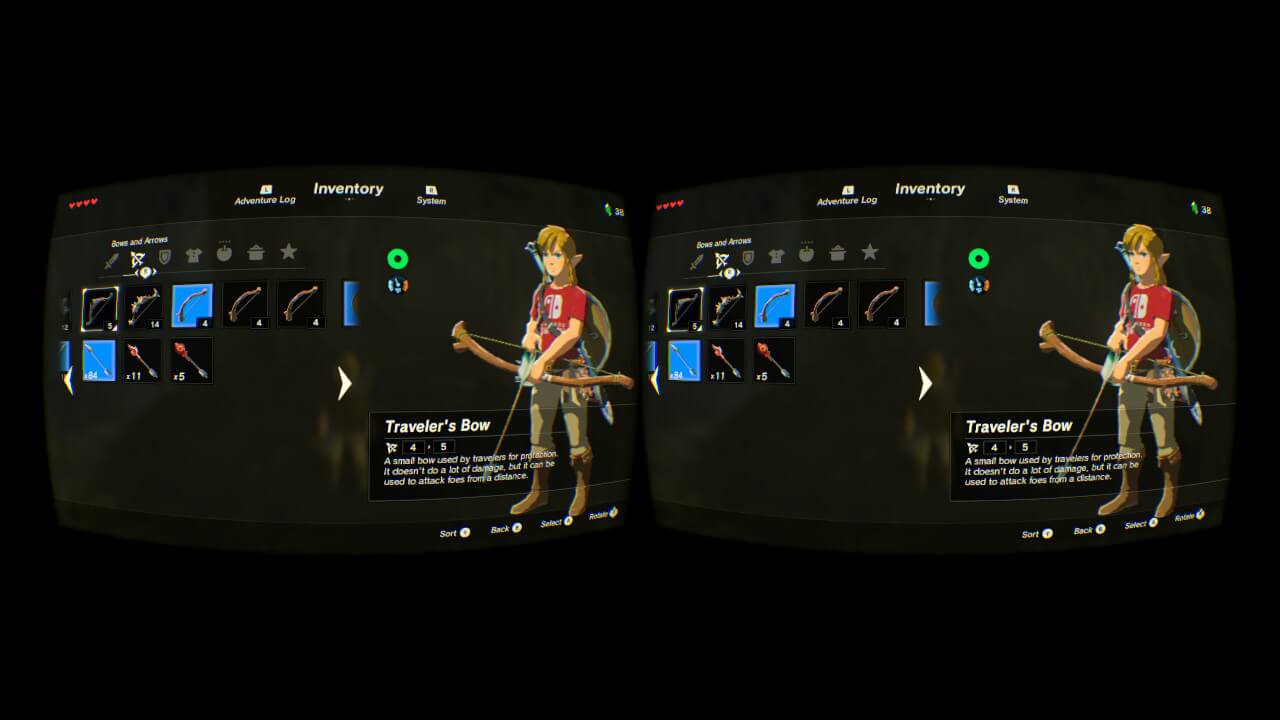 Unfortunately, I was able to play for all of three minutes before I starting feeling really motion sick—especially as I leaped around, climbed up steep walls and tried to fight some pesky Lizalfos. As much as I wanted to see more, I needed to give my stomach a rest before I felt even worse. If my brain were wired differently and the experience didn't immediately make me nauseous, I could see myself playing in this mode all the time. Unfortunately for me, that's not the case.

The VR implementation in Super Mario Odyssey and Breath of the Wild feels like just a taste of what Nintendo Labo's VR Kit will enable us to do in the future. While the Mario content feels like a jumping-off point, Zelda's gameplay shows how powerful the Switch's virtual can be, while at the same time revealing the limitations on the human side of the equation.

Based on the reactions I've seen on social media, I'm far from the only one having motion sickness issues, and it doesn't matter how awesome your VR experience is if people can't play it because it makes them feel unwell. I'm really hopeful that they'll be able to work out the kinks down the line because I think there's so much potential here, and I'd really love to feel like I'm in Hyrule again.

The Nintendo Labo VR Kit with Starter Set and Blaster retails for $39.99.