How to Land Your Dream Job in the Fashion Industry

Yesterday, Nintendo hosted the Style Savvy: Fashion Forward workshop, inviting ladies from the Los Angeles branch of Girls Inc. to not only play the game and have a lot of fun, but also to learn about career opportunities in fashion. 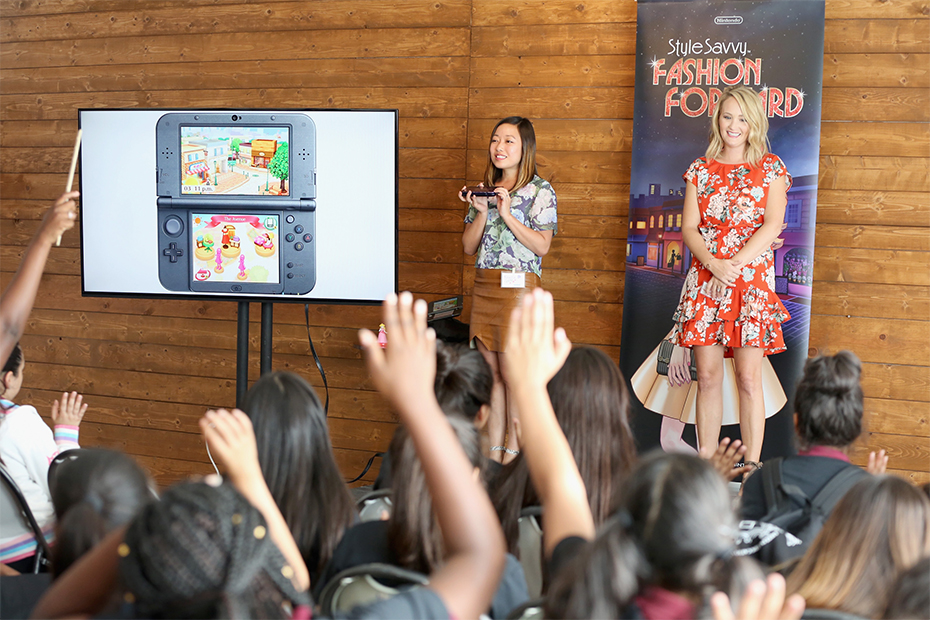 In the game, players take on the role of an entrepreneur who tries her hand at everything from being a beautician to a hairstylist, to a home designer, juggling their own boutique all the while. The event focused on teaching girls about the multitude of jobs, beyond just modeling and design, that are available in the fashion world.

It was hosted by Krysta Yang, manager of public relations at Nintendo, and fashion and beauty blogger Ashley Fultz. I had the chance to attend, and chat not just with Krysta and Ashley, but also with Girls Inc. executive director Darlene Kiyan about why these choices are important when it comes to nailing the job of your dreams.

There's a galaxy in the mirror! 🌟☄ pic.twitter.com/HWUJG2N4Km

Krysta was passionate about Nintendo games from the time she was little, and even as she grew up, they continued to hold a special place in her heart.

"When I was looking for what I wanted to do with my life, I wanted to work for a brand that I believed in," she explained. "I felt really lucky to start a job at Nintendo on the ground floor as an assistant."

From there, she honed her skills, learning as much as she could about public relations and marketing, and advanced through the ranks until she became a PR manager.

"My advice is if you want to break into a new industry, don't be afraid to start at the bottom," she said. "You have to start somewhere, and if you're in the right place, you'll get lots of opportunities to learn new skills and continue to grow. I love my job and it's been a great journey so far." 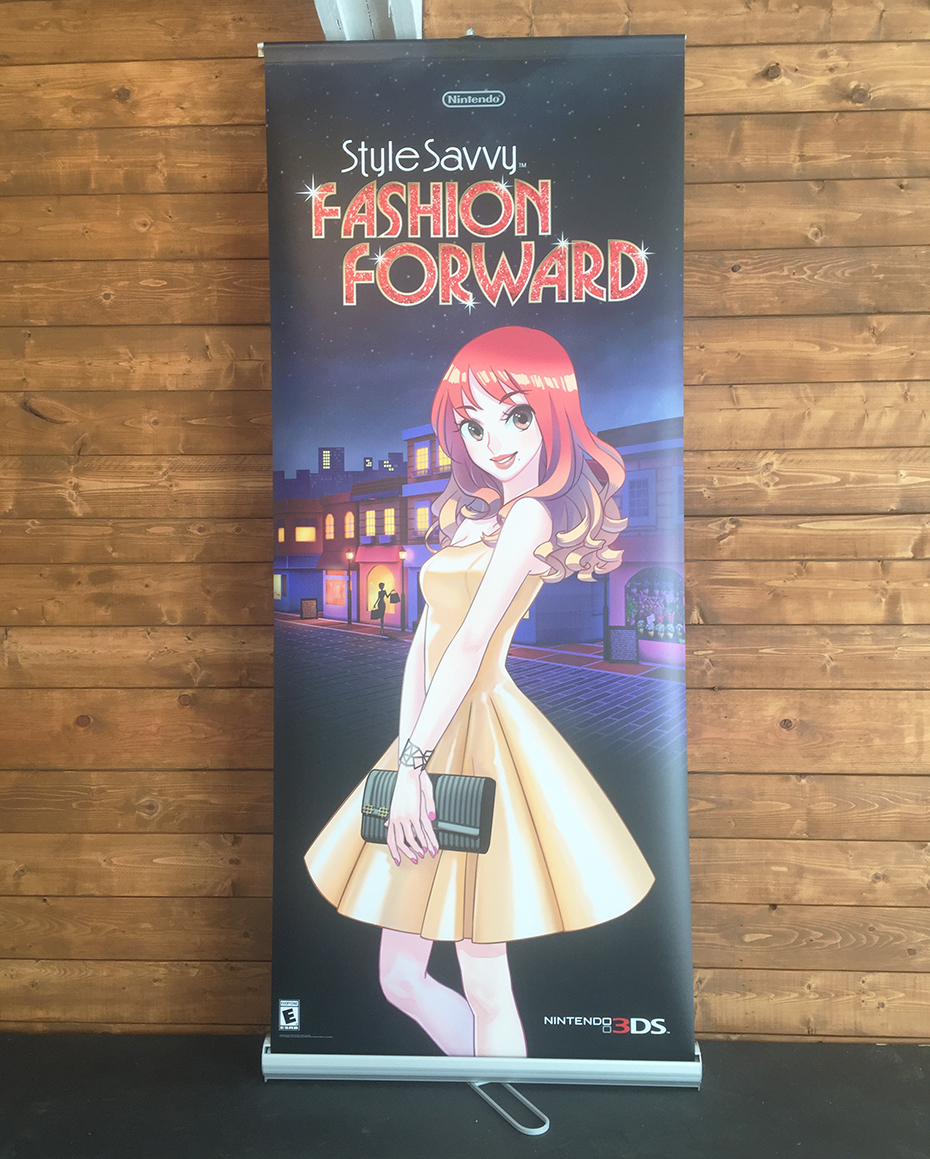 Darlene Kiyan is the executive director of Girls. Inc Los Angeles. It's a program that works with girls in first through 12th grade, empowering them to be "strong, smart and bold."

Nintendo reached out to Girls Inc. to organize the event to teach girls about financial literacy and fashion jobs through the Style Savvy: Fashion Forward game. 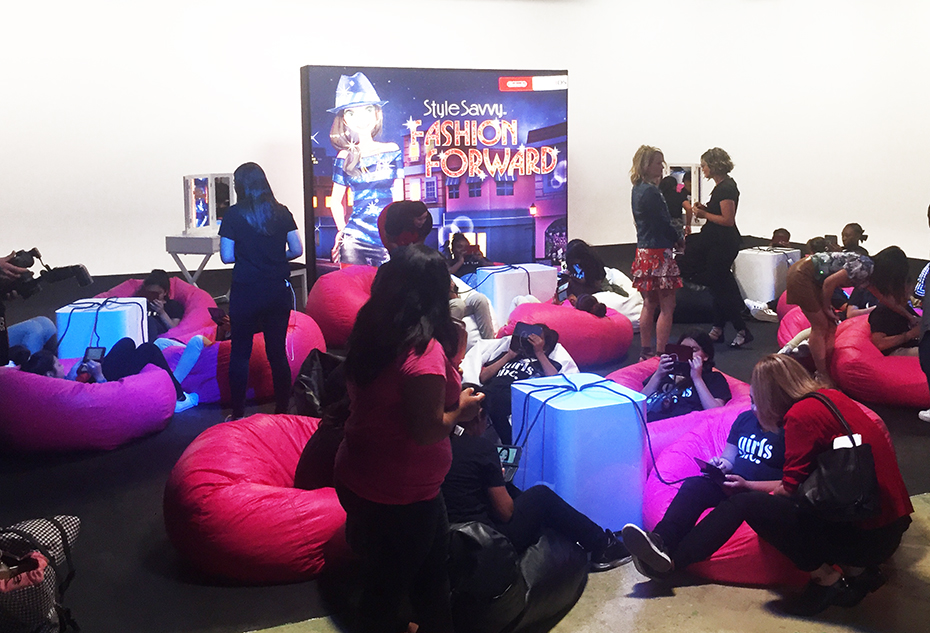 "Our mission is to really give the girls the chance to learn about different occupations, and learn about the opportunities available to them so they can make the best choices for their futures," she said.

The game does just that by outlining all of the options out there for fashionistas. Managing a boutique within the game also teaches girls to prioritize purchases and spend their money wisely.

"We focus a lot on financial literacy, but it's not always the most exciting subject for the girls," Darlene said. "To bring that idea to them through a fashion game was a really fresh concept. They can have fun and not even realize they're learning about entrepreneurship in the process."

Ashley Fultz is a beauty and fashion blogger, and founder of The Style Editrix.

Ashley grew up watching a lot of E! Entertainment Television and dreamed of someday being on the show herself.

"I honestly didn't know about all of the jobs that were available in the industry, so my goal since I was in the fifth grade was to be that girl in front of the camera," Ashley said.

After earning a journalism degree, she moved to California and got an internship with E! before working her way up to become a fashion and lifestyle producer there.

During her time at the network, in addition to learning absolutely everything there is to know about style, she honed her writing skills every day, learned to talk on camera and built up a huge network of colleagues in the industry.

Then three years ago, Ashley left E! to start her own blog, The Style Editrix, where she posts daily fashion inspiration, tips and tricks on what to wear, beauty tutorials, home decor inspiration and a lot more.

"It's crazy because I never thought that I would be my own boss," she said. "I always wanted to work for someone like E!, and after working there, I gained all of the skills necessary to go off on my own."

In addition to sharing her skills on her blog, she also makes occasional TV appearances as a style expert.

"There are so many options out there if you're interested in fashion," she said. "I feel like the sky is the limit. You can really just make whatever your dream and your passion is into a career. I wake up excited to do my job everyday."

You'll love Style Savvy: Fashion Forward even if you're not that into fashion. Click HERE to read my review of the game.