Samus & Zelda Remind Us We Can Do It! For Women's History Month

For Women's History Month, Nintendo is spotlighting some of the coolest female characters in video game history with amazing posters that recreate the famous Rosie the Riveter image. With the slogan "We Can Do It! these virtual ladies, from Samus to Zelda and Peach, show us that being sweet doesn't mean we can't be tough, too!

The Legend of Zelda: The Wind Waker HD's Tetra is a fearless and renowned pirate captain who (spoiler alert!) discovers she's actually Princess Zelda, descended from a long line of royalty. Tetra is a hands-on type of princess who actually saves the hero Link on occasion, proving she's equally capable. 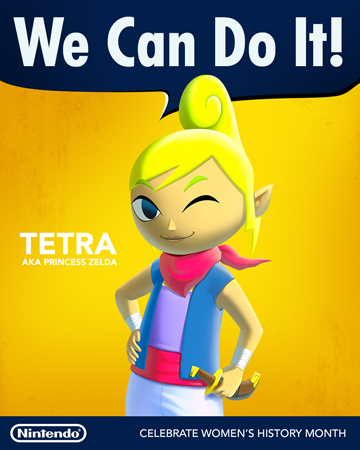 Toadette may be cute, but don't let that fool you! She's the type of gal that never backs down, and her stubborn and determined nature get her through even the trickiest scrapes. It's impossible to break that optimism! 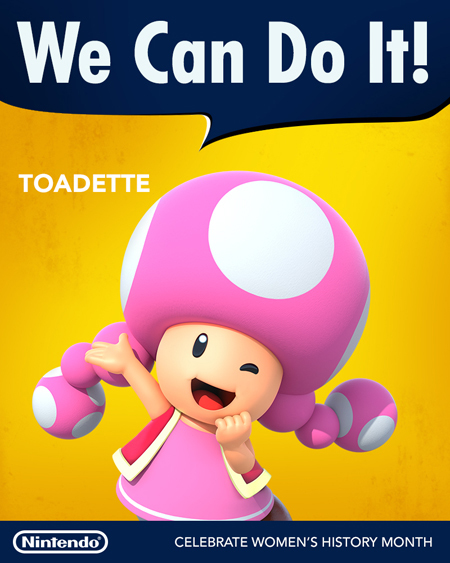 Rosalina is wise, elegant and incredibly powerful. After all, he job is to protect all of the cosmos. She's also very nurturing, but when she must she can also use her cosmic powers to kick some butt. 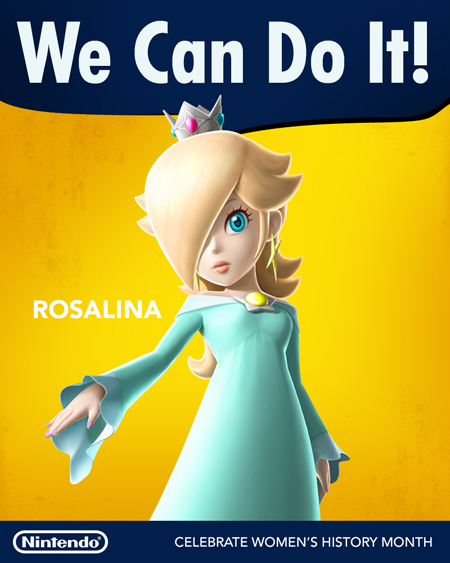 Princess Peach gets a bad rap for usually being the damsel in distress, but that's not always been the case! She first being a playable character in 1998's Super Mario Bros. 2, where her floating ability made her a fan favorite. Since then, she's proven a powerful ally to Mario in games like Super Mario RPG and more. 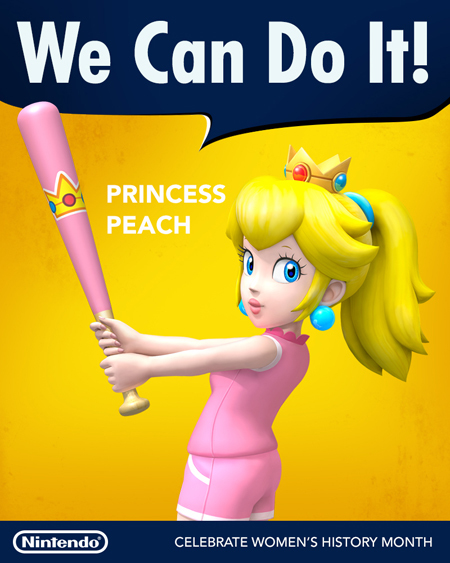 Fire Emblem: Awakening's Lucina wields a massive sword and is determined to change the world she comes from for the better. She's all about protecting her family at whatever cost. Lucky for her, she's one of the best fighters around. 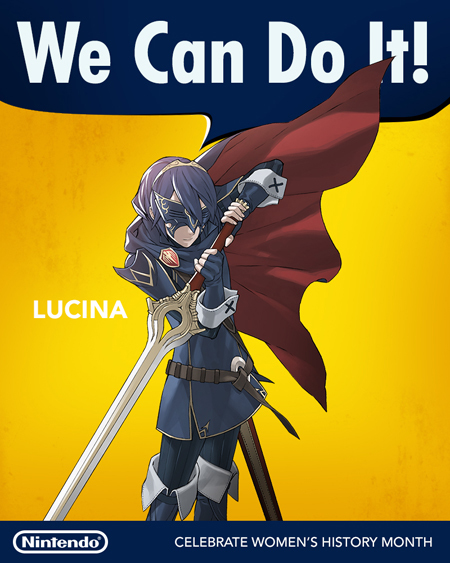 When Metroid first released in 1986, only players who completed the game in less than 5 hours discovered a shocking secret about the game… The hero Samus Aran was a girl! Samus travels the galaxy to fight space pirates, using a specialized suit outfitted with incredible gadgets to get the job done. 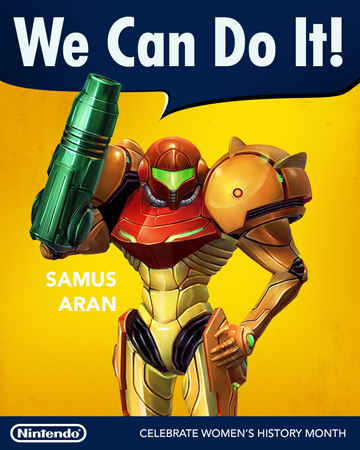 Yes, Princess Zelda does generally get herself kidnapped by evil forces to be rescued by Link, but with incredible magical powers and an important role in her kingdom, it's clear she's very capable. In Ocarina of Time, she even disguised herself as a boy named Sheik to show off just how powerful and nimble she was. 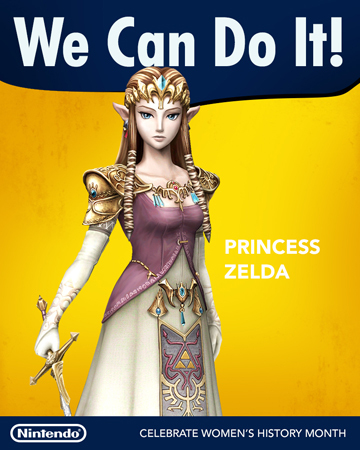 Bombette is a pink Bob-omb who teams up with Mario to fight the evil Koopa Bros. With a stubborn and impulsive nature, she's willing to do what it takes to succeed, even if that means things will get explosive! 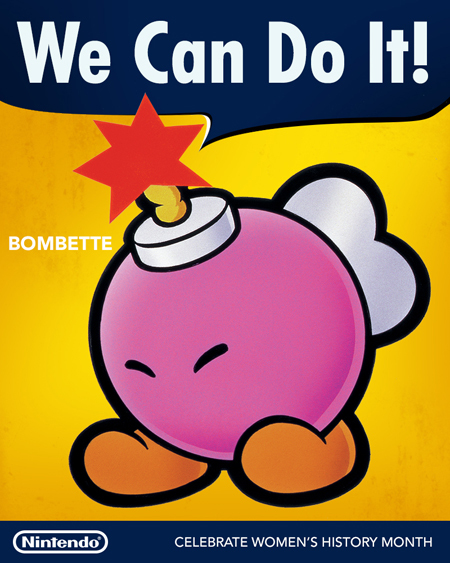 Which leading Nintendo lady do you love best? Let us know in the comments and share your favorite girl power gaming moments with us at SweetyHigh.com.