I am fluent in emojis.

If it were up to me, every sentence sent via text or plastered on social media would have an emoticon attached to it, because I am a proud and true emoji abuser. 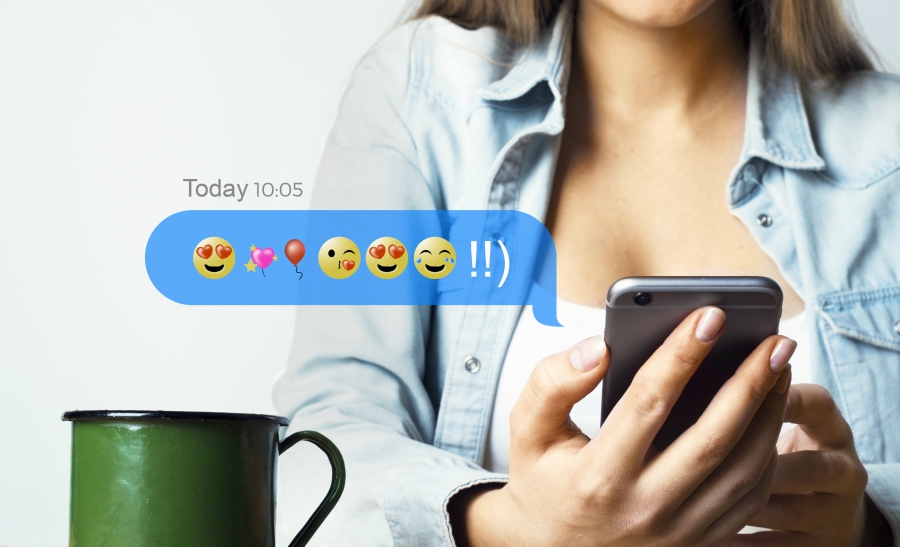 The small icons liven up a dull sentence, display the emotion you're feeling and make any sentence seem a little more lighthearted. I'm addicted.

So, I challenged myself to a week of no emojis. A week where sentences would have to stand alone with real punctuation. Did I survive and thrive without tiny smiley faces to lean on? Scroll below to find out!

As with any good challenge, rules were outlined before I set out on my seven-day mission. I decided to keep the guidelines pretty simple, because after all, I thought challenging myself not to use smiley faces in everything I posted wouldn't be too difficult. Here were the three simple rules:

And so the challenge began!

Day one started out very strong. I sat down at work and made myself a Post-it note that reminded me "No Emojis" were allowed. I knew that if I made myself a visual reminder I would be less likely to cheat during this challenge. 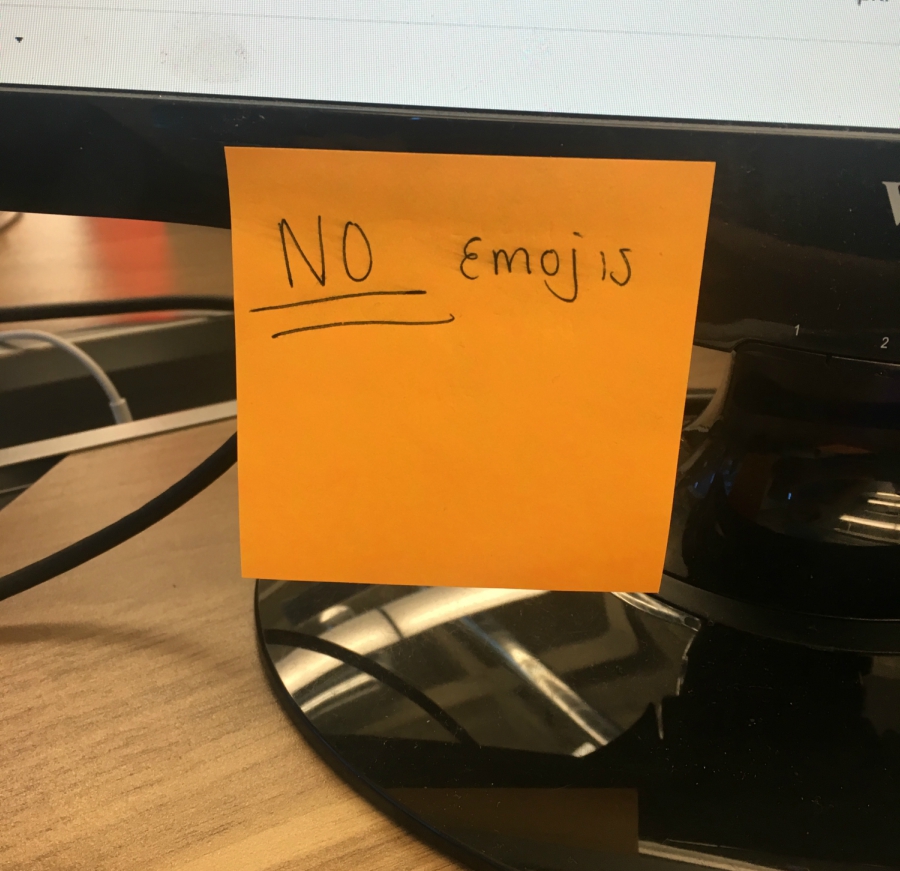 This little sticky reminder seemed to help me out, because the first half of the day I had no issues avoiding the little icons. By the time work was over at 6:00pm, I hadn't sent a single emoji via text. I gave myself a pat on the back.

When I got home, I hopped on social media and had to actively think about not commenting on every single Instagram post and Facebook status update with my favorite emoji faces.

Then, I decided to post a picture of my own to Instagram. If you know me, you know that all of my picture captions contain at least one icon—because, hey, how else am I supposed to convey how I feel?

I posted the below picture with the caption, "Just a little Wednesday motivation." It took every fiber of my being not to tack on a cute little smiley or sunset emoji.

Day two of my challenge was a big day for us over at Sweety High. My co-worker Ashley and I were attending the opening of a cat cafe in Los Angeles, and I was feeling all sorts of happy emotions.

With all of the excitement, I totally forgot about my strict no-emoji rule, and so I posted a Snapchat of my cat cafe invite with text that read, "Today is the day ????????????!" Oops. I'm sorry that my love of cats was more powerful than my desire to resist using emojis.

Later that afternoon I slipped up again when I posted this Instagram with the caption, "Momentarily a cat person ????."

I regretted breaking the rules on only day two, but this momentous event deserved the cat-with-heart-eyes-face. Sorry, but not that sorry.

On day three, I tried to redeem myself by finding ways to express my emotion without using an icon.

My friends were probably concerned because I used an unusual amount of exclamation marks and capped a lot of words just to try and convey my enthusiasm.

I even took advantage of the new iOS update by using the new reaction buttons in iMessage. Giving a thumb up, a thumbs down or a heart to a message was almost as satisfying as using an emoji. Key word: Almost.

On day four, things started to go downhill. It was the weekend, which meant I was on my phone a lot more than the work week, aka, I had plenty more opportunities to goof up this challenge.

It happened to be my best friend's birthday, so I posted the picture below with a lengthy caption that included the adorable kissy face: ????! How could I write a sentimental caption and not include an emoji?

Happy birthday to my best friend and favorite southern belle ???? miss you and wish I could celebrate the big 25 with you today! Love you, Kels!

Because I already cheated by posting an emoji on Instagram, I figured why not sent a birthday text with emojis galore? I cracked. I was back to my emoji-abusing ways.

Day five of the challenge landed on a Sunday. I was out and about most of the day and not glued to my phone, so I was positive I wasn't going to break any of the rules.

By 9:00 p.m. I hadn't used a simple icon—I was pretty satisfied with myself, and finally feeling confident that I could do this.

But then, I signed onto Instagram, my seemingly biggest obstacle of this whole thing. I posted the following picture with the caption, "My new ride ????." I didn't even realize I had used an emoji until my co-worker Ashley pointed out that I had done it.

What was I thinking? Oh, right. I wasn't.

By day six I had completely given up on this challenge. What was life if I couldn't express my emotions through cute little cat icons, hearts and smiley faces with sunglasses?

I was a little disappointed in myself that I wasn't able to complete the challenge, but also I was so happy to return to my old texting and social media ways.

In reality, there is no harm in overusing emoticons. They make me happy and are my way of conveying joy. So why should I limit their use? Although this challenge was a good way for me to practice using words rather than icons to say what I feel, I have no desire to restrict my usage of them any longer.

I thought it was difficult going a week without emojis, but can you imagine 48 hours without texting? See HERE what happened when Denise made the brave decision to take a brief texting hiatus.