There are a lot of major perks to fame, but all that exposure also comes with some daunting downsides.

To All the Boys I've Loved Before star Noah Centineo recently got a rude awakening about one of the negative aspects. He tweeted Monday that his Instagram account was hacked.

Apparently, someone had been posting about iPhone X giveaways from his account. Eesh. "Unfortunately I have absolutely no IPhone X's to giveaway. Which leads me to my next point," Noah wrote. "My instagram is Hacked." 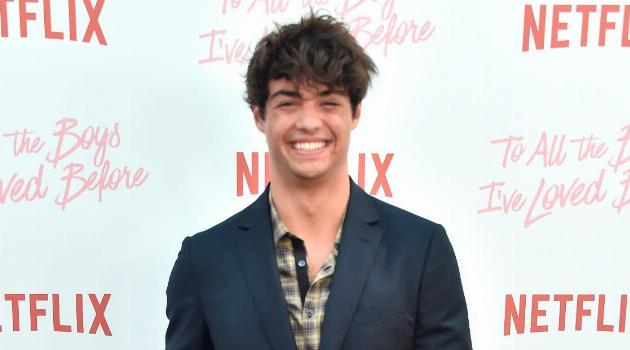 Unfortunately I️ have absolutely no IPhone X's to giveaway. Which leads me to my next point,

Celebrity social media hacks are nothing new at this point, so Noah's fans took it in stride. In fact, most of them quickly injected humor into the situation. Their replies to his tweet kept the situation light.

ayyy at least he got 5 mil

Petition for Noah Centineo (@noahcent) to giveaway Love Letters to us fans instead of the Hacker's iPhone X ????????????

Oh no, then who did I give my home address to? pic.twitter.com/BZ1Y2VF3Fw

You could give me some pizza that'll make up for it

It was me hehe

to all the people who hacked me before ????

As you can see, he's getting blamed in the replies for a lot of heart "hacks," and we're not surprised. Noah gained a lot of attention by playing the swoon-worthy Peter Kavinsky in Netflix's recent movie based on Jenny Han's YA novel To All the Boys I've Loved Before. Apparently, the hacker took notice of Noah's growing fame, too.

The good news is that Noah is "back now," according to a follow-up tweet. He posted about the hack again roughly six hours after his first message, and he admitted that he wasn't using two-step verification. Now that his profile has risen, he's probably going to want to make sure he sets it up whenever possible.

If you're one of the people whose heart Noah Centineo hacked, click HERE to see how his co-star Lana Condor describes his kissing.