Find Out All About Singer-Songwriter Noah Schnacky

We love Justin Bieber as much as the next gal, but let us introduce you to the next true singing sensation, Noah Schnacky.

We got to know this talented singer, songwriter and actor this week as our Monday crush, and discovered what a cool, down to earth dude he really is. Scroll through and find out all about him below. 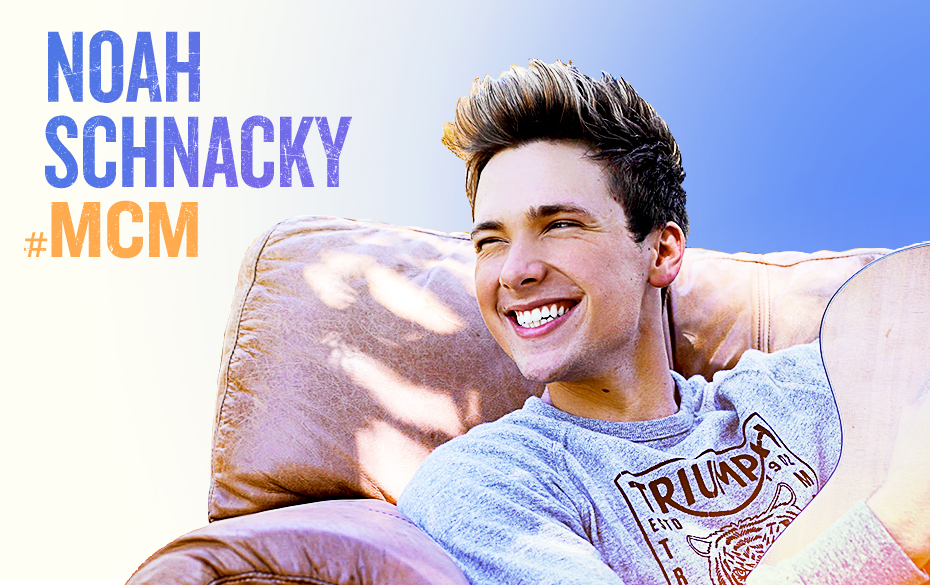 1. He's a free spirit who doesn't like having a set routine every day. "Whether I'm showing up uninvited to my friends' houses in the middle of the night to go to the beach or turning the tour bus around just to surprise a fan in a city we're passing, I try to make every day of my life unique and memorable," he tells Sweety High. Those fan interactions seem so worth it.

2. He's a huge movie buff. He loves seeing movies in theaters and watching them on Netlix at home in bed equally. "I love getting lost in a good story," he says.

3. When he's not working on his music, he's either at the gym or our personal fave hotspot, Starbucks. He also names coffee as the secret to his success because it gives him "the energy to spend five hours every day responding to fans on Instagram, Musical.ly, Snapchat and Facebook."

4. He's definitely a dog person. His dog's name is Dash, and if you can't tell, they're BFFs.

5. His songs always come from a super real place. He draws from his experiences and thinks any girl he's interested in should know that up front. Ladies, you've been warned!

6. He adores his younger sisters and considers himself a protective older brother. "Sometimes I take them on little dates myself hoping that they won't ever want a boyfriend and they'll just want to go with me!"

7. His favorite part about songwriting is that he can draw from being a hopeless romantic. "That's kind of where my first single 'Hello Beautiful' comes from," he shares. "It's a love story about two young kids who have the world against them."

Is Noah your fave artist? Then you'll probably go through THESE emotions if you meet him IRL.