Singer-songwriter Noelle Bean (best known simply as "Bean") got her musical start posting covers to YouTube and has since become a nationally recognized artist, performing at big events like Bonnaroo and Wango Tango. She released her new "Wildfire" single earlier this month, and we've got the inside scoop!

1. Coldplay… every album, every song.

What's the weirdest thing in your purse right now?

What fictional character do you have a crush on?

Who's your biggest musical influence?

Who's your favorite Disney character? Why?

9. Belle from Beauty & The Beast. Because she's the best, endofstory. 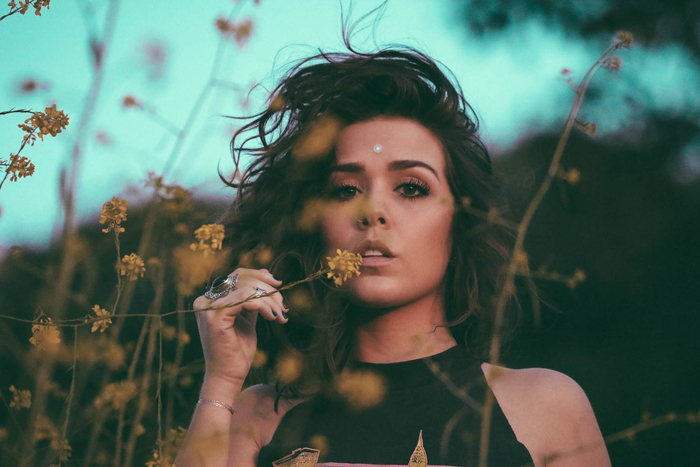 Can you quickly explain how you got into music and how you've developed as an artist since that time?

Truthfully, I always loved singing in the shower as a kid or along to the radio in the car, but I never fully realized my passion for music until I was eighteen and given my first guitar. From the moment I got it, I couldn't put it down and next thing I knew I was writing songs and uploading them to Youtube!

What was the inspiration behind "Wildfire," and what kind of message do you hope the song gets across? Why should our readers check it out?

In the past four years of pursuing a career in the music business, I've constantly been evolving, which some may mistake for self uncertainty, insecurity and weakness. "Noelle… who are you as an artist? Why is it that you wear red lipstick and heels one day and the next, you're in a shabby-chic Free People outfit ready for Woodstock? You need to brand yourself so people take you seriously…" Having heard words like these… I was more than inspired to tell the doubters exactly who I know I am. I'm a wanderer, a vagabond, a curious gypsy soul with a story. I'm a wildfire.

How would you describe your musical sound?

You also released the lyric video for "Wildfire" earlier this week. What kind of story did you want to tell with that video?

I wanted to channel that Woodstock feeling and show my crew (the fanzies) a few random clips that explain what wildfire means to me.

Love Bean? Get "Wildfire" on iTunes here, for free, and let us know what you thought of the interview in the comments!